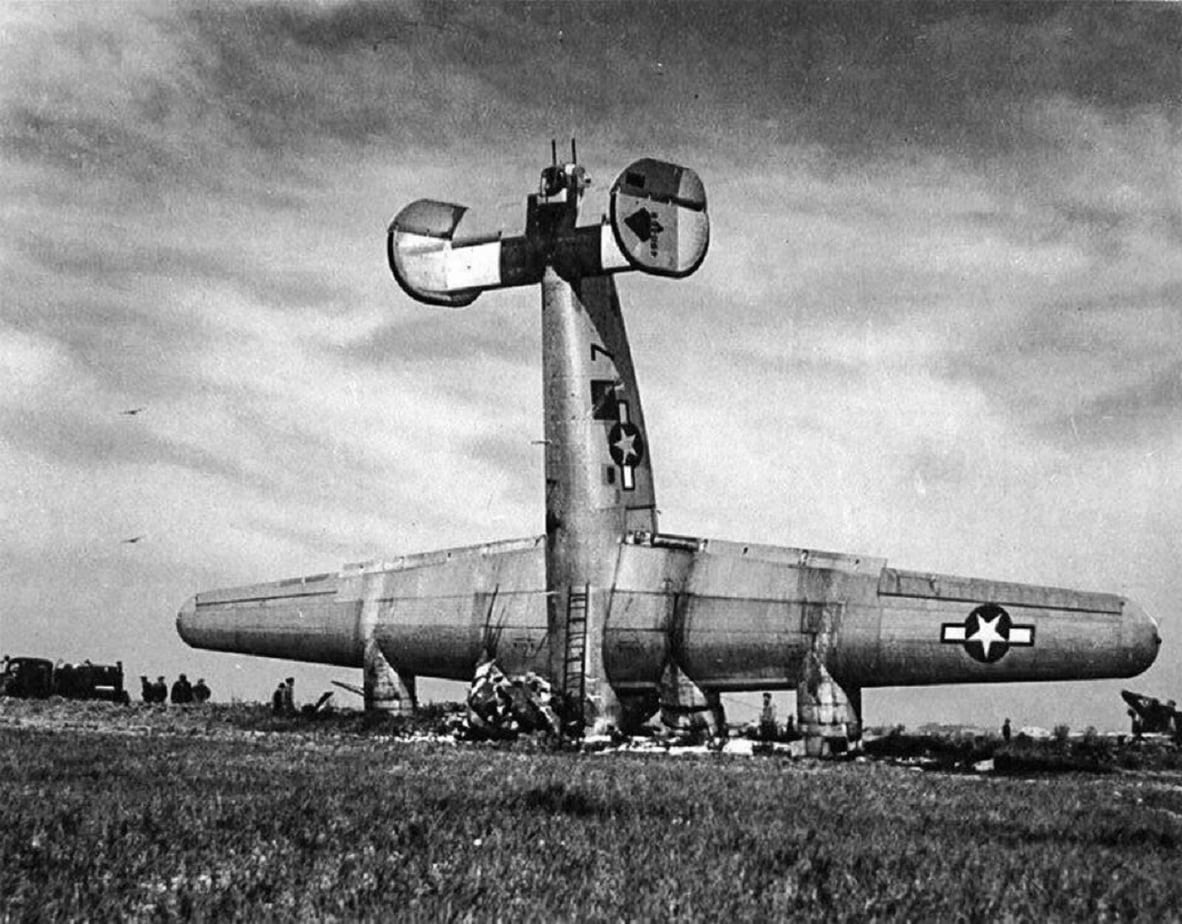 There has been growing concern in recent years over the state of U.S. Arctic defenses. In fact, few Americans remember that Alaskan islands seized by Japanese forces remain one of the only cases in which enemy forces successfully occupied U.S. territory during the 20th century.

The 13-month battle over the Aleutian Islands yielded numerous air and sea skirmishes fought over more than 1,000 miles of frozen Arctic water. They concluded with a bloody amphibious invasion — and then one of the most bizarre intelligence failures of the war.

A feint to the north

The Aleutians are a 1,200-mile-long archipelago of volcanic islands stretching between the Alaska Peninsula and the Kamchatka Peninsula in Russia. The mountainous islands are uniformly treeless, ravaged by heavy winds and afflicted by bone-aching cold. A combination of frequent rain, snow, and dense fog makes travel between them perilous to ships and aircraft.

In May 1942, a Japanese carrier task force composed of two carriers and three cruisers set sail for the Aleutians under Adm. Kakuji Kakuta. He was tasked with knocking out U.S. naval forces stationed at Dutch Harbor, Unalaska Island in the eastern Aleutians, and seizing the western Aleutian islands of Attu, Kiska, and Adak.

This attack was meant both serve as a diversion from a larger carrier task force sailing for the important U.S. naval base at Midway Island, as well as to deny the U.S. access to Attu Island, which could have been used as a base to bomb the Kurile Islands, which were then under Japanese administration. The Japanese high command was particularly sensitive to this threat after the Doolittle bombing raid of Tokyo on April 18, 1942.

Unfortunately for the Japanese, the U.S. Navy had decrypted the Japanese naval codes and knew about both carrier forces. But this foreknowledge coming was only modestly helpful to U.S. forces in Alaska, as the Navy had only one operational radar in the area. Nonetheless, personnel began digging trenches and Army Air Force fighters at Fort Glenn Air Base on Umnak Island, 70 miles away, were placed on alert.

Bombers of the 11th Air Force and U.S. Navy Catalina seaplanes scoured the northern Pacific in an effort to locate and destroy the attack force — but after a sighting on June 2, poor weather conditions prevented the aviators from reestablishing contact.

The Battle of Dutch Harbor

At 3:00 a.m. on June 3, 32 Japanese warplanes — an even mix of A6M Zero fighters, B5N torpedo bombers, and D3 Val dive bombers — launched from the carriers Ryujo and Jun’yo with orders to knock out Dutch Harbor. Fog and overcast skies caused many of the Japanese aircraft to lose their way and return to their carriers, but 17 managed to locate the Alaskan naval base and blew up an army barracks located there, killing 25.

Fire from the 206th Coastal Artillery Battalion of the Arkansas National Guard, manning a mix of 76-millimeter anti-aircraft guns, rapid-fire 37-millimeter cannons, and .50-caliber machine guns, managed to down three of the attackers. However, communications with the fighters at Umnak failed, and they did not intervene in time.

The Japanese carriers sailed much closer for a follow-up raid involving 26 aircraft on June 4 that struck with greater violence, destroying local fuel storage tanks, hangers, half a military hospital, and setting the barracks ship Northwestern ablaze. American aircraft were destroyed on the ground or while taking off, including six B-17 and B-26 bombers and a similar number of navy Catalina floatplanes.

This time, the Army Air Corps was quicker to respond. A flight of six P-40 Warhawk fighters intercepts the Japanese aircraft returning from the raid, shooting down three but losing four of their own.

During the raid, a .50-caliber machine gun shot up the Zero of Petty Officer Tadayoshi Koga. The Japanese pilot flew his damaged fighter to the nearby Akutan Island 25 miles away, where a submarine awaited to pick up ditched aircraft crews. However, Koga accidentally landed in a muskeg — an arctic bog — with the landing gear down, causing his plane to flip over, killing him.

More than a month later, a U.S. Navy pilot spotted the wreck. The so-called “Akutan Zero” was recovered nearly intact and restored to flyable condition. Test flights of the Zero proved invaluable in devising tactics and new fighter planes to counter the agile but lightly-armored Japanese fighter, which outmatched most American fighters for during the first year of the Pacific War.

Meanwhile, further raids were called off when Admiral Kakuta received news of the Japanese defeat at the decisive Battle of Midway. Kakuta instead landed his troops on Kiska and Attu island on June 5 — the Adak landing was canceled — and withdrew his carriers before land-based bombers had a chance to ascertain their position and bomb them.

Invasion of the Aleutians

Barren as the Aleutian Islands might seem, they were home to a native people that would suffer greatly at the hands of both the Japanese and U.S. forces.

More than 1,400 Japanese infantry would land on Attu, the westernmost island of the archipelago. They rounded up the 45 native Aleuts living on the island, their school teacher, killed her husband and sent the rest to internment camps in Japan where half would die before the end of the war. The Attu garrison was actually withdrawn briefly in August, a couple of months, then a larger force of nearly 3,000 troops was deployed there in October, where they set about building an airstrip.

Kiska Island, 200 miles southeast of Attu, had a weather station manned by a dozen Navy personnel and their dog. A 500-man Japanese Special Naval Landing Force detachment killed or captured all but the chief petty officer, who eluded capture for 50 days on a diet of grass and worms before turning himself in.

Over subsequent months, the garrison at Kiska would swell in number to more than 5,000 strong, and erect extensive fortifications and facilities, many of them underground for protection from bombing. Dozens of A6M2-N “Rufe” fighters — floatplane variants of the Zero — were stationed there for air cover, while six H6K flying boats flew on anti-submarine and -shipping patrols.

The Japanese invasion led the U.S. military to forcibly evacuate more than 800 Aleut natives remaining on the other Aleutian islands to an internment camp in Juneau, Alaska. There they were housed in such deplorable conditions that more than 118 died before the end of World War II, and many were pressed into uncompensated forced labor schemes. More than 40 years later, Congress would recognize the injustice that had been done to the Aleuts by paying reparations to survivors through the 1988 Aleut Restitution Act.

American aircraft, warships, and submarines soon descended on the Japanese troop transports and supply convoys supporting the garrisons at Attu and Kiska. On July 5, 1942, the submarine USS Grunion encountered three Japanese destroyers off of Kiska Island. She managed to torpedo all three, causing one to sink with 200 hands-on board, then managed to dodge between two torpedoes fired in response and make her escape.

American airpower reaped an even heavier toll. Over the following year, U.S. bombers and maritime patrol planes sank a destroyer, an oiler, at least five transports, and a submarine in Kiska Harbor alone. However, American air raids increasingly were directed at the island garrisons themselves.

U.S. troops also landed on nearby Adak Island, 240 miles east of Kiska, and set up an airbase there to better harass the Japanese garrisons, allowing shorter-range P-38 and P-39 fighters to join in operations. A low-altitude raid staged from Adak on September 14, 1942, sank two ships, inflicted 200 casualties, and destroyed twelve floatplane fighters. The PBY Catalina seaplanes of the U.S. Navy’s Patrol Wing 4 were also impressed in the bombardment mission. The lumbering patrol planes would profit from the persistent fog for protection, ducking down through the clouds to unload their bombs before high-tailing for home, often holed up by enemy flak.

But terrible Aleutian weather, including sudden blasts of wind known as williwaws, would always pose a greater threat than flak or fighters. Out of 72 aircraft lost by the 11th Air Force in the second half of 1942, all but nine were due to environmental hazards.

Meanwhile, the U.S. Navy was determined to set up an effective blockade of the Japanese islands. A force composed of the cruiser Salt Lake City and light cruiser Richmond, backed up by four destroyers, under RADM Charles McMorris set out to intercept one of the Japanese convoys. It made radar contact at 8:00 a.m. on March 27, 1943 — not realizing that the Japanese convoy boasted twice the number of escorting cruisers.

As both sides could not call upon or carrier- or land-based warplanes, they fought one of the few long-range naval gunnery duels of World War II, exchanging hundreds of eight- and six-inch shells over ranges as high as 12 miles — including 800 eight-inch shells from the Salt Lake City alone. The American destroyers and one of the Japanese cruisers also darted closer to launch torpedoes, though none of them hit.

In the end, the American ships inflicted 14 casualties on the Japanese cruiser Nachi, but Salt Lake City was nearly crippled with the loss of seven sailors after being struck in succession by six eight-inch shells from the Japanese heavy cruiser Maya. The weaker American force disengaged at noon under the cover of a smokescreen, while the Japanese also withdrew, fearing the arrival of U.S. air support.

As a consequence of the inconclusive skirmish, the Japanese Navy ceased sending surface ships to resupply the garrisons on Kiska and Attu and switched to submarine-only deliveries. This drastically curtailed the supply situation on the Japanese-held islands, and the garrisons began to suffer from low morale and malnutrition.

By mid-1943, the fate of Japan’s Alaskan outpost was sealed. As the blockade and bombardment further intensified, the stage was set for Allied amphibious landings that would finally eject Japanese troops from U.S. soil. The landing on Attu in May 1943 would face three weeks of desperate fighting that culminated in a terrifying, desperate last act of resistance. And the joint American-Canadian assault on Kiska Island three months later would conclude in one of the most embarrassing surprises of the war.