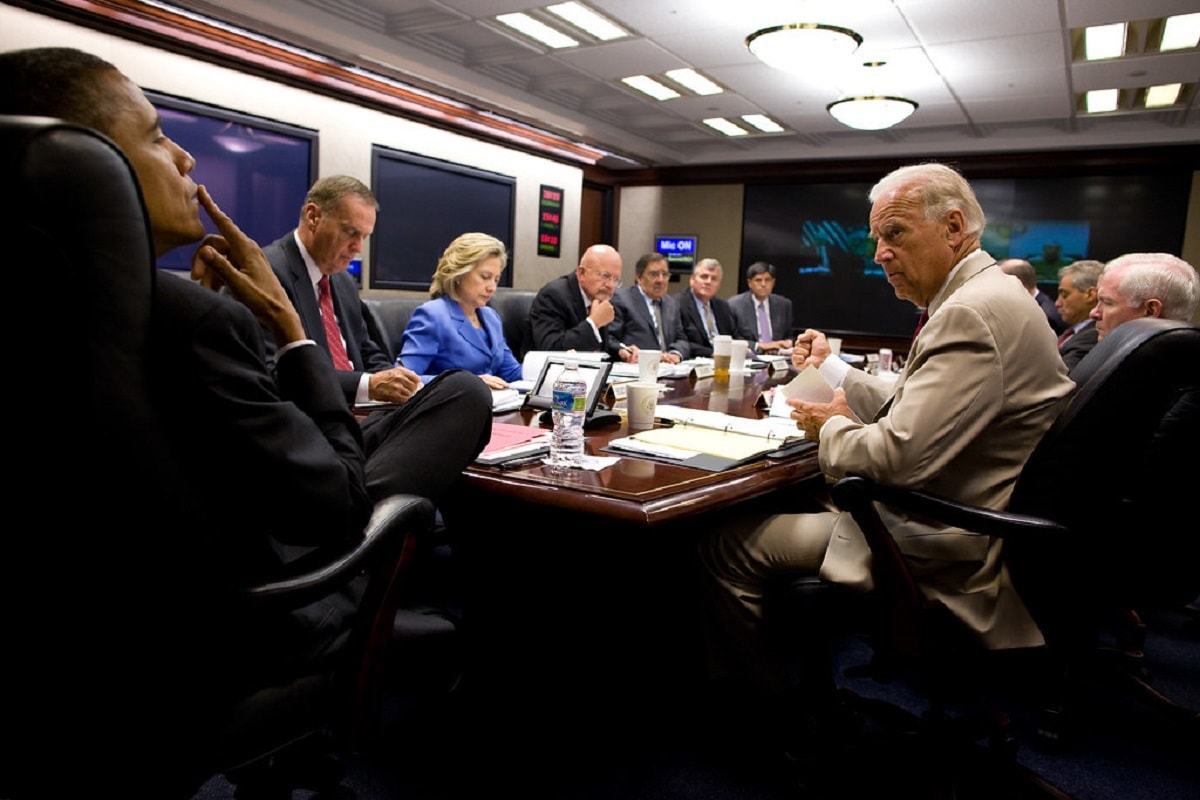 Joe Biden ordered the first air strikes of his Presidency against Iran-backed militia positions recently. The decision to attack likely came from a discussion in the White House Situation Room. What drives the decision-making to use military force in the 21st Century?

The Gamification of War, Explained

The current global operating environment includes a phenomenon that I call the “gamification of war.” This means that policy makers in the United States tend to see warfare, and in particular, targeted assassinations, as something out of a video game. This occurs thanks to video technology from drone surveillance streaming in the White House Situation Room and the Pentagon’s National Military Command System. It results in what the DOD calls a “situational picture” of the global status of early warning systems from the entire U.S. military. This influences the American way of war and decision-making on who or what needs to be removed from the battlefield.

Gamification is from a broader aspect of analysis called the sociology of war. Sometimes the sociological operating environment is comprised of megatrends. For example, more people around the globe are moving to cities. This urbanization affects how urban warfare is conducted. Moreover, fragile states where warfare is more prevalent, such as Afghanistan, Syria, Iraq, Gaza, and Yemen, have high levels of corruption. Graft is difficult to overcome when conflict in war zones leads to a local economy that is increasingly corrupt. Having a professional army full of officers and non-commissioned officers that are above reproach is necessary when it comes to optimum performance in combat.

In Afghanistan, there are some situations in which enlisted soldiers simply do not report for duty and crooked officers abscond with the missing soldiers’ pay. Corruption-prone states often have more violent crime and internal conflict that creates large numbers of refugees who embark on dangerous journeys to more developed countries. Outward flows of migrants from Central America leaving for the United States is an example. This allows cartels to traffic persons which results in a dangerous incidence of transnational crime.

The sociology of war also delves down into individual soldiers or groups of warriors that are necessary for land warfare, such as the Army rifle platoon that is comprised of fire teams and squads who must perform highly synchronized battle drills to be successful in combat. This warrior solidarity is micro-level sociology. Policy leaders in the U.S. National Command Authority also have their own micro-sociological operating environment and battle rhythms. This brings me to my explication of war gamification. Policy makers in situation rooms do not feel the horrors of combat up close. This state of affairs started during the Vietnam War when President Lyndon Johnson selected bombing targets from the White House.

Now technology and real-time situational awareness create higher levels of gamification. It is easier today to give the command for a targeted assassination from a drone strike or the orders for a jackpot raid from special operations forces to rescue a hostage. These missions have the look and feel of a video game. The current U.S. president and the previous two presidents have not been military veterans. They have not experienced war in person, and this leads them to make less complicated decisions on the deployment and employment of military personnel overseas based on what they see and feel from the Situation Room.

This gamification of war in a “war room” could potentially be dangerous. It affects foreign policy decision-making on the use of force. Combat video and communication from the White House Situation Room and the DOD’s National Military Command System is intoxicating in its sophistication. Although it does not have the smell of combat, it does have the sights and sounds, and that is enough to gamify each violent operation. This leads to more, not fewer, instances of targeted assassinations and removal of people from the battlefield.

Sometimes this is justified, in the case of Osama bin-Laden, to be sure. But what if it goes too far and policy makers become more reliant on targeted assassinations? War is a human endeavor filled with success, but it also contains errors of judgment, miscalculations, and accidents. Gamification of war can lead to more mistakes and blunders. Human fallibility is what drives the ethics and sociology of warfare. This sociological operating environment leads to the current state of gamification and even a grander future that consists of even more gamification. Policy makers, particularly those who have not served in the military, must be reminded of their fallibility in this technological environment and reminded of what the “game players” can and cannot accomplish on the battlefield.

Brent M. Eastwood, PhD, is the author of Humans, Machines, and Data: Future Trends in Warfare. He is a Political Scientist and Emerging Threats expert. He was Founder and CEO of a tech firm that predicted world events using machine learning and artificial intelligence. He served in the U.S. Senate as a legislative fellow and advised a senator on defense and foreign policy issues. Brent has taught at George Washington University and George Mason University. He is a former U.S. Army Infantry officer.