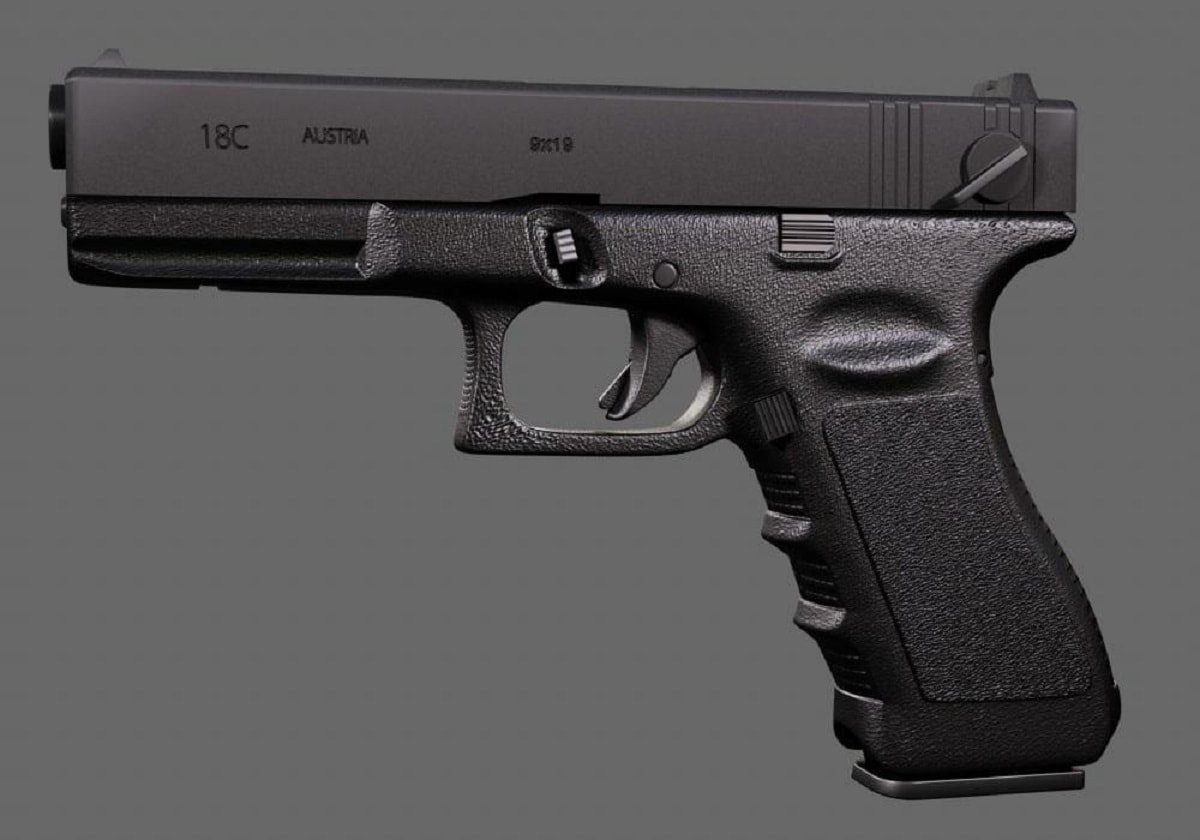 While many Americans will go to any length to buy American and will choose a Smith & Wesson or Colt when it comes to handguns, just like many Americans swear by Ford and GM, there are those who prefer what the Europeans use. In the case of cars it might be BMWs and Mercedes. In handguns, it means Sig Sauer and, more commonly, Glock.

For a firearms company that has been around for less than forty years it has managed to become quite popular with handgun enthusiasts. Yet, despite the popularity of the Glock, there are a few models that the average American shooter simply can’t own.

In the case of the Glock 18, it is pretty easy to understand why it is banned for mainstream sale and is illegal for civilian ownership. It is a full-sized “automatic pistol” that can shoot out the 9mm rounds like a submachine gun. It has a rate of fire of 1,200 rounds per minute, which is technically impossible given the fact that its high-capacity magazine holds only 33 rounds.

The weapon was introduced as a select-fire 9mm for military and police units in 1986, and was originally designed at the request of the Austrian counter-terrorism unit. It is nearly identical to the civilian-friendly Glock 17, except for a rotating lever-type fire-control switch that is placed on the left side of the slide. Because of the full-auto functionality it is almost impossible for civilians to legal purchase/own one.

There are likely few—if any—legally transferrable Glock 18s out there, and as The National Interest previously noted, “If you do manage to stumble across one of them though, you’ll likely have to fork up a luxury car amount of money just to purchase it.”

While it is easy to understand why the Glock 18 is banned, it isn’t as clear with the Glock 25 and Glock 28—but this comes down to the Gun Control Act of 1968, which set new criteria for the importation of guns. The then-newly created Bureau of Alcohol, Tobacco and Firearms (BATF) created a point system to determine whether a handgun could be imported into the United States. The points are awarded based on criteria that include the length, height, weight, construction, safety, features, sight, grips and caliber.

The Glock 25 fell short in the points system. It was actually created for the South American market, where civilians could not carry military caliber weapons. The Glock 25, along with the Glock 28, is chambered for the .380 caliber round, which makes it perfectly legal in South America, yet at the same time illegal to import to the United States market.

Where it gets slightly more confusing is that while the Glock 25 was banned for civilian sales, it was still legal to import for law enforcement and military sales. So it is possible to legally purchase a used Glock 25 or possibly Glock 28 that was bought by a law enforcement agency that has since sold them off. But that is a stretch and probably not worth the bother when a Glock 26, 27, or 33 are similar and do the job just as well.