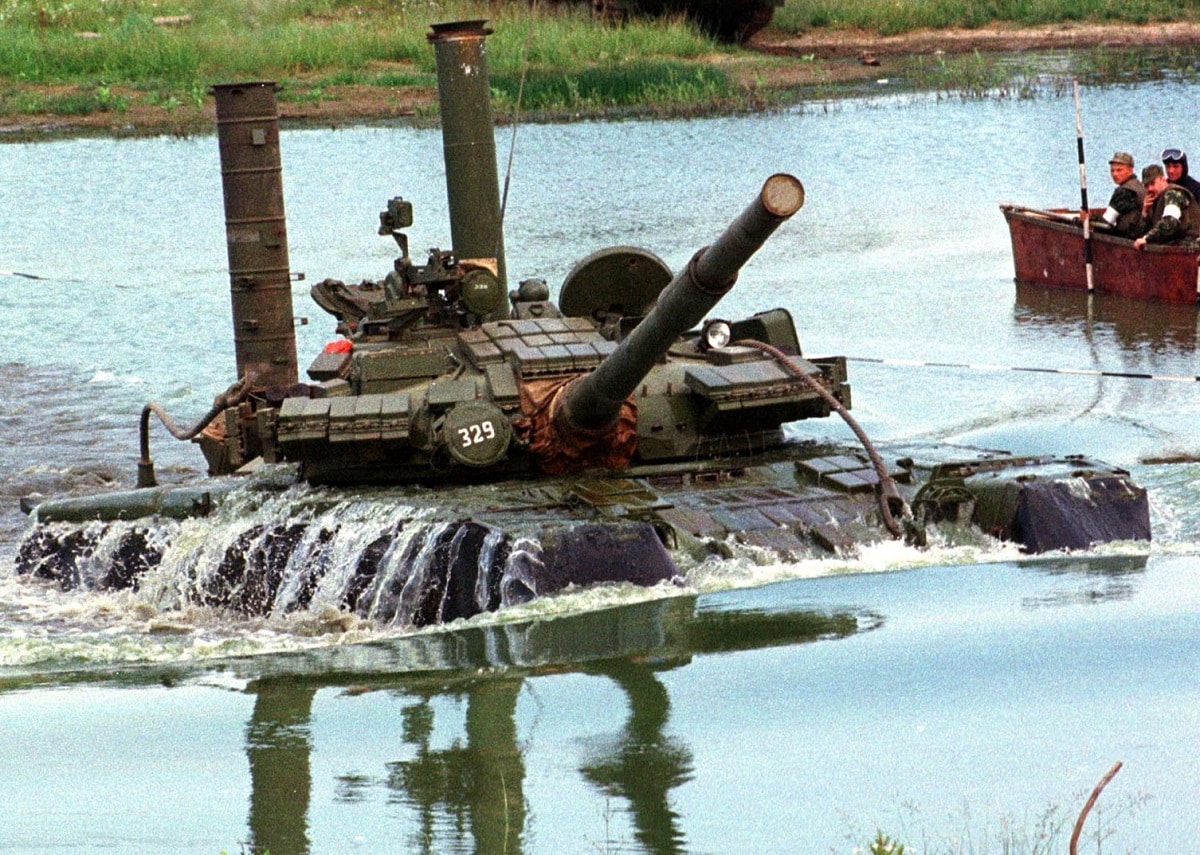 On New Year’s Eve, 1994 Russian tanks and infantry fighting vehicles poured into the streets of Grozny with an assault expected to snuff out the self-declared Chechcen Republic of Ichkeria, as black smoke poured into the sky from oil tanks set ablaze by a dawn artillery bombardment.

Defense Minister Pavel Grachev had claimed the upstart Chechens would be swept away in “a bloodless blitzkrieg” with minimal forces. But the forces entering Grozny from four axes were far from minimal, counting elements from seven motorized rifle regiments and one independent brigade mounted in wheeled BTR-80 armored personnel carriers and tracked BMP-2 fighting vehicles, two tank battalions with T-72 and T-80 main battle tanks, and two parachute regiments.

Surely such firepower would brush away the estimated 100 or so Chechen fighters supporting an upstart pro-independence government based in Grozny. But the New Year’s Eve surprise that unfolded in Grozny thirty years ago would set the course for post-Soviet Russia in ways that continue to haunt world politics today.

The Muslim Chechens had clashed with Russia for centuries. Tolstoy even wrote the short novel Haji Murad about a Chechen rebel commander caught between internecine local disputes and the self-destructive intrigues of Tsarist Russia. During World War II, Soviet secret police deported a half-million Chechens and other local minorities from their homes, accusing them of collaboration with German forces. They were only allowed return in 1958.

As the Soviet Union dissolved in 1991, a former Soviet bomber pilot with combat experience from Afghanistan named Dzokhar Dudayev rose to prominence in Chechnya. In September 1991, his National Congress of the Chechen People stormed the local soviet and fatally ejected the Communist party leader from a window.

Russia was soon engaged in negotiating the status of federal subject territories that amounted to enclaves for ethnic minorities. Out of eighty-eight territories, Chechnya remained the only not to sign on to a treaty by 1994.

As Dudayev consolidated his hold on Chechnya, he was appointed president and demanded independence from Russia. But Dudayev was violently opposed by local Chechen factions as well as facing mounting pressure from Moscow .

On November 22, 1994, Russia attempted to dispose of Dudayev by organizing and arming his opponents, and then juicing them up with an infusion of regular Russian military personnel and their armored vehicles—a ploy Russia would later employ in Eastern Ukraine.

The anti-Dudayev column consisted of between 1,500 to 3,000 troops and forty-two T-72 main battle tanks (only a third of which were manned by Chechens) and was covered from the air by a half-dozen helicopter gunships and Su-27 Flanker jets. On November 26, they ran afoul of pro-Dudayev militia in downtown Grozny that knocked out twenty T-72s with rocket-propelled grenades, killed around 150 attackers and captured several armored vehicles and dozens of Russian soldiers.

This defeat made Moscow’s machinations in the region undeniable—and set Yeltsin’s government lurching on the path to war.

Even as heavy aerial bombing began December 1, many Russians objected to openly fighting their fellow citizens. Several senior officials resigned and hundreds of soldiers and officers refused to mobilize.

Russia’s army, like the country itself, was then an impoverished shadow of its former Soviet self. Most units were at far below their theoretical strength, and many of its soldiers untrained and often demoralized conscripts who were reportedly often drunk on duty and had no idea why they were fighting in Chechnya in the first place.

Despite the chaos and unpreparedness, Russian forces won several early victories. Su-24 and Su-25 jets wiped out Dudayev’s air force of 266 planes and helicopters on the ground early in December. Then paratroopers from the 104th Guards Airborne division seized the Khankala military airfield near Grozny, and beat back an armored attack by Dudayev’s forces, destroying six tanks.

But the average Russian soldiers received almost no training in urban warfare. Like the U.S. Army which then held the mantra “We don’t do cities,” the Red Army saw urban areas as costly quagmires best bypassed and avoided in a decisive war of maneuver. Furthermore, Russian troops were not trained or equipped to minimize minimize civilian casualties and possessed only extremely limited quantities of precision-guided munitions.

The roughly 2,000 Chechen defenders—only 200 of them soldiers—were also highly disorganized. But they operated in effective small groups of twenty-forty fighters ensconced in high-rising buildings overlooking the avenues of advance. These groups were subdivided in fire teams each with its own anti-tank special, light machine gunner and one or two sniper/assault riflemen.

Ilyas Akhmadov, future foreign minister of the short-lived Chechen republic, described the collision of these forces in a 1999 interview with Small War Journals:

“What struck me at first was that Russian tanks and APCs were not even advancing in battle order. They were marching as if on parade ground with only a distance of 5 to 6 meters between each APC. They were unable to maneuver or turn around when necessary. What is more, infantry was also advancing in complete disorder among the APCs.

Our tactics were simple but effective: we let the Russian columns enter the city, driving along streets where the APCs and tanks could not maneuver. When a column was engaged in a narrow avenue, we simply shot the leading APC and the last one of the column. The Russians were sitting ducks.”

The 81st Motor Rifle Regiment penetrated deep into Grozny, only to find itself ambushed from all sides and forced to retreat on foot. The lead battalion of the 131st Maikop Brigade seized the Grozny train station only to receive an ominous radio message: “Welcome to hell!” Ambushers concealed in the buildings overlooking the station then opened fire with heavy machine guns and rocket propelled grenades, forcing Russian soldiers to scurry indoors as their vehicles were set ablaze.

Russian tanks and APCs could not elevate their guns high enough to shoot back at Chechens ambushers concealed in the upper stories of building, so it fell to a handful of Shilka and Tunguska anti-aircraft tanks with rapid-firing cannons to provide fire support. Fearful mechanized infantrymen refused to disembark from their armored vehicles, allowing Chechens to pick the APCs off one by one.

In January, Russian forces remobilized for a second, slower-paced assault on Grozny covered by heavy artillery and aerial bombardment. But aerial carpet bombing and barrages of BM-12 Grad and BM-21 Uragan rockets killed thousands of civilians but relatively few fighters.

While most of Dudayev’s forces fell back, a contingent of 350 fighters and 150 militia defended the tall, boxy Chechen Presidential Palace against repeated assaults before exfiltrating under cover of darkness on January 18/19.

On August 6, Chechen leader Shamil Basayev used infiltration tactics re-capture Grozny with just 1,500-2,000 fighters, bypassing and besieging the 12,000-strong garrison and inflicting 900 casualties on the 276th Motor Rifle Regiment when it tried to come to its rescue.

By August 19, a Russian general warned that artillery would level Grozny in forty-eight hours if the Chechens didn’t withdraw. The bombardment began as promised—hitting civilian refugee still fleeing the city—but was terminated early by a ceasefire.

Public opinion had turned so decisively against the disastrous war that the Yeltsin administration was ready to throw in the towel. The Kashav-Yurt accord on August 31 theoretically set aside final determination of Checnya’s status to 2001 and stipulated demilitarization of Grozy and various militias. But in effect, it allowed the creation of a de facto independent Chechen Republican.

By various credible counts, around 8,000 Russian soldiers were listed as killed or missing in action in the first Chechen War, and 52,000 wounded; while between 50,000 and 100,000 Chechen civilians and fighters died in the fighting, and as many as 35,000 ethnically Russian civilians. 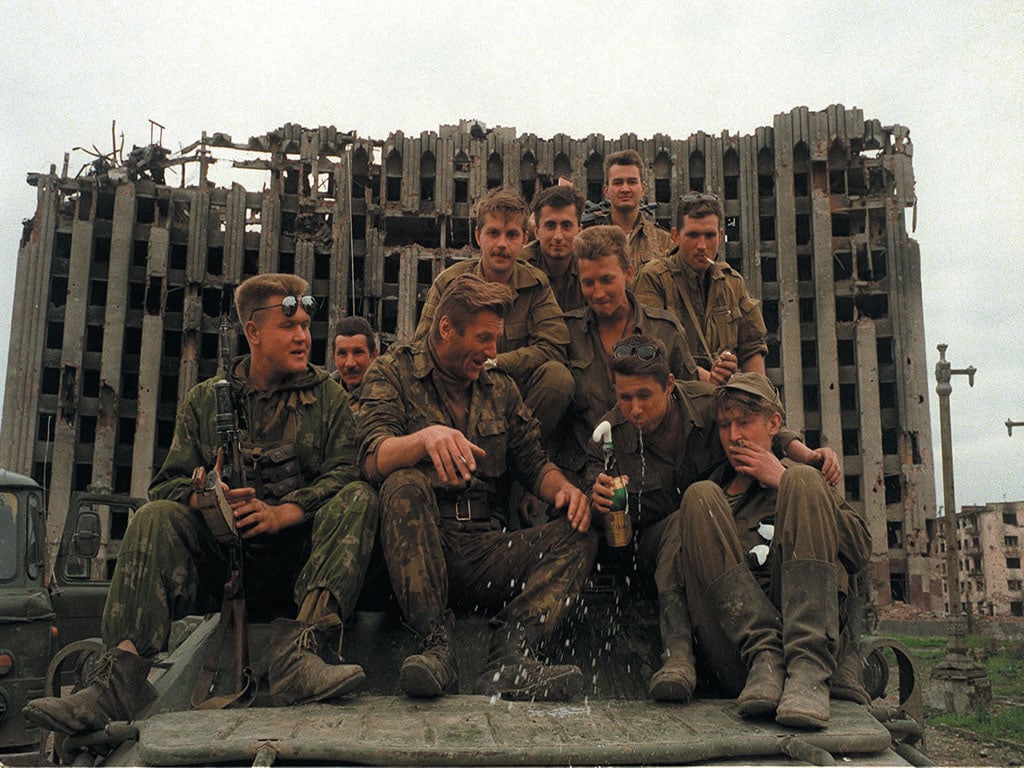 The three battles in Grozny were leading indicators—alongside the siege of Sarajevo and the Battle of Mogadishu—that future wars were more, not less likely to rage in the hearts of densely populated cities. That sobering truth echoed years later in vast sieges that would unfold in Baghdad, Fallujah, Mosul and Aleppo.

Just as consequentially, the First Chechen War was perceived as a rock-bottom humiliation of the newly democratic Russia. Yeltsin’s government had not only turned to heavy-handed use of force—alienating international opinion in the process—but then proven incapable of prevailing by it.

The resulting sense of national humiliation and weakness, and the manifest corruption and incompetence of the Yeltsin administration discredited democratization in the eyes of many Russians and laid the groundwork for a KGB officer named Vladimir Putin to ascend to the presidency in 1999, it was very much on a platform of avenging the humiliation of the First Chechen War with an even blooder Second one.