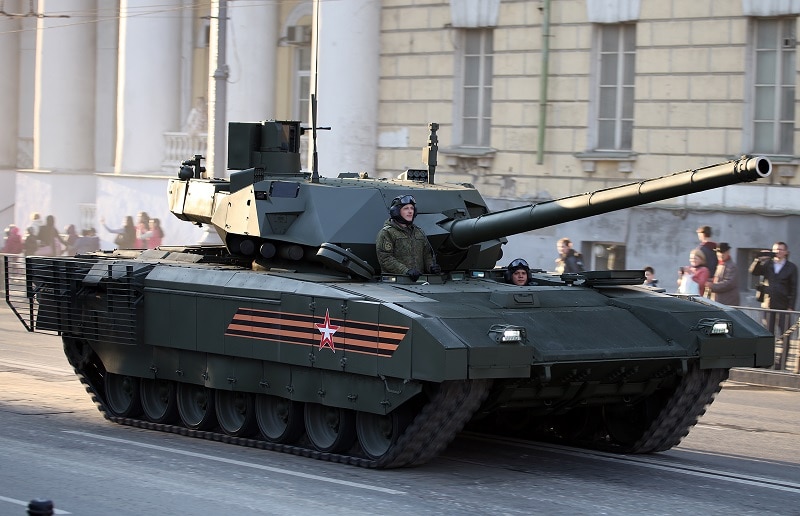 Between 1918 and 1942, Russia’s army was torn down and rebuilt four times: once at the end of World War I, once at the end of the Russian Civil War, once during the Great Purge, and once during the first six months of Operation Barbarossa. Some of the best recent work on the Red Army has dispelled long-term myths, demonstrating the resilience and innovativeness of the organization in the face of often-horrific political headwinds.

But the cycle of death and rebirth of the Red Army continues to hold lessons for the study of modern military organizations. The Red Army endured and prevailed for several reasons: it preserved (often at great cost and difficulty) the military traditions of its social base; it borrowed liberally (but not too liberally) from the experiences and technologies of others; and it adapted (sometimes clumsily, but at other times with great shrewdness) to the idiosyncratic political conditions of Soviet Russia. These lessons remain useful for the United States, as it continues to rebuild foreign militaries under the mantle of “partnership.”

The Imperial Russian Army performed more effectively in the latter half of World War I than is commonly understood, especially considering the quality of the German forces it fought. The 1916 Brusilov offensive highlighted some exceptionally innovative tactics, in many ways outpacing developments on the Western Front. But the czarist state lacked the political capacity to survive the rigors of war. Kerensky’s Provisional Government couldn’t do much better, and the army descended into mutiny and defeat by 1917.

Revolution and civil war ensued. The early Red Army included large numbers of czarist officers, who (often a great risk) imparted a degree of professionalism into the force. But the Russian Civil War would have little of the industrial character of World War I; cavalry ranged across the plains in fluid engagements, often with minimal artillery or air support. To be sure, the period of the civil war also included traditional conventional combat, as characterized the Soviet-Polish War of 1919–21. When the civil war ended, the struggle over the nature of the army had only begun. The political demands of maintaining the Bolshevik hold on power sometimes ran counter to the need of the army to maintain and modernize itself. Officers with czarist experience remained politically untrustworthy. Nevertheless, many key figures (including most notably Mikhail Tukhachevsky) helped combine czarist military traditions with the experience of the civil war and the demands of the new Soviet state.

Soviet industry emerged from a very low base at the end of the Russian Civil War. The chaos of war and revolution had led to the physical destruction of much industrial infrastructure, as well as disruptions in resource and investment flows. The Soviet elite put much faith in the idea that the liberation of the proletariat would result in massive increases in production and innovation, but these expectations went largely unmet across wide swaths of the economy.

But in large part because of the heavy commitment of state investment, and because of enduring concerns over the security of the USSR’s border, the Soviet defense industrial base did become surprisingly innovative and productive in the late 1920s and early 1930s. Indeed, by the early 1930s, Soviet industry was capable of producing equipment capable of competing with any army in the world. In fairness, several other major powers were effectively taking a break from investment in defense technology during this period: Germany was forbidden from heavy investment, while France, Britain and the United States all preferred to focus on civilian aspects of the economy. And Soviet industry also borrowed heavily from the West, purchasing military equipment, machine tools and licenses at a time before the existence of restrictive export controls on military technology.

The technological revolution was accompanied by considerable doctrinal progress. The Red Army that came out of the cauldrons of World War I and the Civil War was deeply flawed in many ways, but it did have a nearly unique appreciation of the need to combine mass and maneuver. Cooperation with the German Reichswehr between 1927 and 1933 gave Soviet officers the opportunity to test many of their most radical ideas against formidable, experienced opponents. By the end of this period, the doctrine of “Deep Battle” had emerged, a doctrine that strongly featured elements of offensive maneuver warfare that could be found all the way down to the U.S. Army’s AirLand Battle of the 1980s.

And then came the purges. After developing a sensible, indeed radical, system of warfare that united both mass and maneuver, and combining that doctrine with equipment capable of handling the stresses of modern combat, the Red Army was probably the most effective land fighting force in the world.

And then Stalin decided he needed to settle scores. The exact toll of the Great Purge on the Red Army remains uncertain; many of the purged officers eventually returned to service, while others were quickly executed. There is little doubt, however, that many of the most innovative thinkers in the Army fell victim to Stalin’s paranoia, including those who had worked hard to learn as much as possible from the Reichswehr.

The costs were soon evident. Although the Red Army performed well against an undercapitalized foe at Khalkhin Gol, it suffered an epic disaster against Finland, losing more than 150,000 dead in three months against a tiny enemy. Smart people in and out of the army understood the problems, but could not solve them before the Red Army was smashed by the German Wehrmacht.

Nothing—not the Civil War, not the Great Purge—would compare to what happened to the Red Army between June and December of 1941. The Wehrmacht and its allies inflicted an unimaginable defeat on the Soviets, destroying the forward deployed portion of the Red Army ground and air forces, in the first weeks of the war. The Germans then proceeded to kill or capture over six hundred thousand Soviet troops in the First Battle of Kiev. Part of the problem resulted from equipment; the Red Army had re-equipped too soon, and the bulk of its vast pools of tanks and aircraft had gone from state-of-the-art to obsolete in less than a decade. Other problems included poor training, inexperienced officership and a series of confusing political demands from Moscow.

And yet even in the first weeks of the war, the Germans came to understand that the Red Army was not beaten. It retained the capability to recruit and train forces, and put them into the field. Its defense-industrial base survived, albeit on the other side of the Urals, and by December 1941 Soviet industry could supply front line forces with tanks more sophisticated than any the Germans could deploy. It would soon begin to incorporate lend-lease equipment from Britain and the United States. Most important, enough officers and soldiers survived to learn from the mistakes of the first year of the war, and transform those mistakes into radical improvements in organizational effectiveness. Purged officers returned from the camps, and senior leadership developed effective ways of managing Stalin. It would take until 1944 to truly transform the Red Army into a colossal, efficient killing machine, but the potential for rebirth was clear in the outskirts of Moscow in December, 1941.

We still have a lot to learn from the experience of the Red Army. In the wake of the Vietnam War, the U.S. Army and Air Force both faced crises that felt existential, and resolved them in part through creative interpretation of tradition. To be sure, no military organization in U.S. history has ever gone through quite the same cycle of destruction and rebirth as the Red Army, but even in the past decade the United States has struggled with the problem of rebuilding the armies of partners such as Iraq and Afghanistan. In particular, a greater appreciation of how the Red Army managed to preserve the military traditions of czarist Russia, despite the inferno of the Revolution, might have offered some insight into the struggles of both the Iraqi National Army and the Afghan National Army to connect with local populations.

Robert Farley is the author of The Battleship Book. He serves as a Senior Lecturer at the Patterson School of Diplomacy and International Commerce at the University of Kentucky.