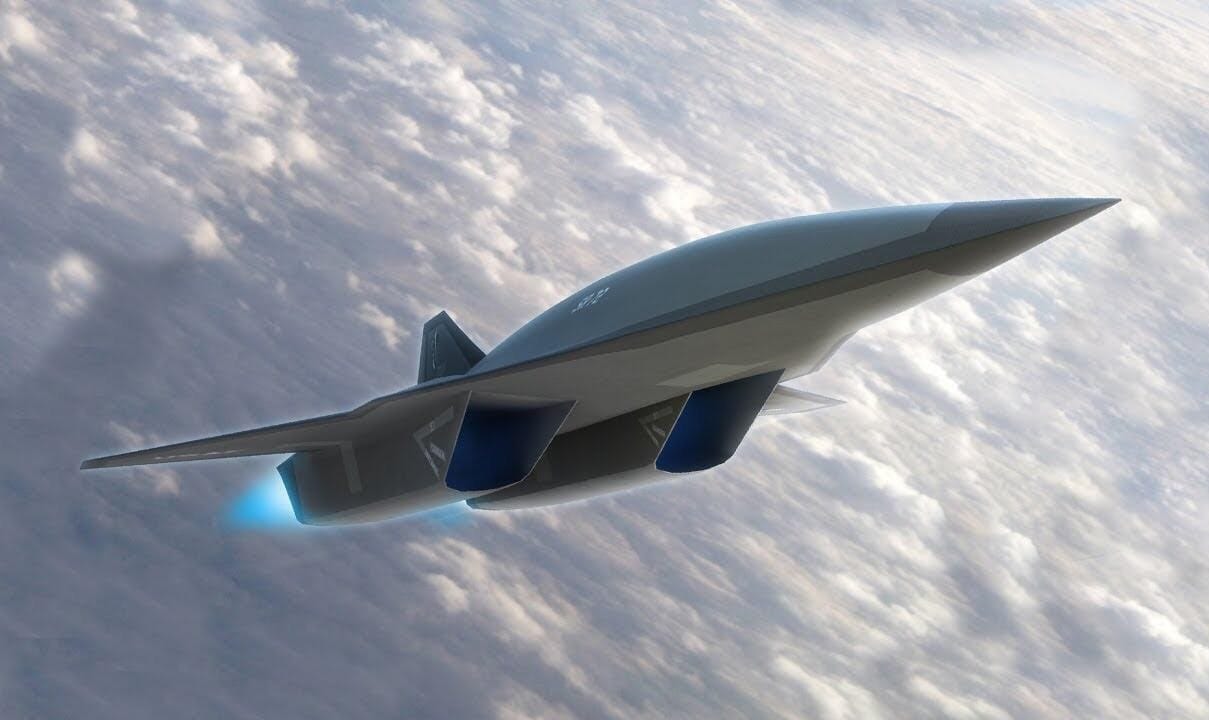 The Lockheed Martin SR-72—also sometimes known as the “Son of Blackbird”—is a hypersonic unmanned aerial vehicle (UAV) concept that is being developed under the company’s Skunk Works or Advanced Development Programs.

This next-generation aircraft is expected to be the highly anticipated successor to Lockheed Martin’s SR-71 Blackbird, which retired from service in United States Air Force in 1998. Since that year, the company had made several previous attempts to create a successor to the SR-71 but was unable to do so.

Featuring a single, full-scale engine, the SR-72 is being designed to fly for several minutes at an eye-opening speed of Mach 6, which is more than four thousand six hundred miles per hour. Traveling at this mind-bending speed, the aircraft could theoretically depart from a base located in the continental United States to hit targets across the Pacific or Atlantic Oceans in approximately ninety minutes.

According to airforce-technology.com, this “SR-72 aircraft will have the capability to perform high-speed intelligence, surveillance and reconnaissance (ISR) and strike operations. The first flight of the SR-72 demonstrator is anticipated in 2023, while the full-scale aircraft is expected to enter into service by 2030.”

The SR-72 will boast a similar size and range as the SR-71 and will likely tackle the same missions.

“The new aircraft is expected to strike targets anywhere across a continent in less than an hour when equipped with hypersonic missiles such as Lockheed Martin’s High Speed Strike Weapon (HSSW),” the site says.

“The high-speed of the aircraft ensures penetration into protected airspace. … The SR-72 will be optionally equipped to fight in combat operations. The aircraft development is supported by the long-term hypersonic road map of the USAF,” it adds.

The aerospace company’s Skunk Works is collaborating with Aerojet Rocketdyne on the propulsion system that will enable the SR-72 to achieve a speed of Mach 6, which is two times faster than the previous version.

“The problem with hypersonic propulsion has always been the gap between the highest-speed capability of a turbojet and the lowest speed of a ramjet. Most ramjets cannot achieve ignition below Mach 4. Turbine engines typically can accelerate to only Mach 2.2, below speeds at which a ramjet could take over and continue acceleration,” writes the theaviationgeekclub.com.

“Therefore, NASA and Lockheed must develop either a turbine engine that can accelerate to Mach 4 or a ramjet that can function at speeds within a turbine engine’s envelope. … The target is to be able to go up to Mach 7 then transition back to the turbine to land it on a runway and recover it. The problem is how you can get the vehicle to fly fast enough to ignite the DMRJ and then have the DMRJ take over,” it adds.

Being able to attain such impressive speeds is highly important for the important missions that the aircraft will eventually be engaged in—as the plane’s promoters argue that “speed is the new stealth.”

According to defense writer Sebastien Roblin, “no manned aircraft in operational service has matched the remarkable long-distance Mach 3 cruises of the Blackbird. Until recently, SR-71s simply outran missiles fired at them on photo-reconnaissance missions over North Korea and the Middle East,” he states.

He continues: “Now the latest surface-to-air missiles render Mach 3 speeds inadequate to assure survival, but a hypersonic aircraft might again outpace the threats arrayed against it.”

As for Lockheed’s intention for promoting the hypersonic aircraft concept, “it seems explicitly intended to build support for additional funding. This may be because it’s pursuing the project with the Defense Advanced Research Programs Agency (DARPA), which focuses on innovative development of cutting-edge technologies often well ahead of capabilities in operational service, rather than fulfilling an Air Force requirement.”

There is no questioning the fact that the U.S. Air Force would be highly keen on having a hypersonic aircraft fleet in the years ahead, but “it already knows what it wants in the near future: lots of F-35 stealth fighters (also built by Lockheed) and forthcoming B-21 Raiders flying-wing stealth bombers. As the air warfare branch already can’t procure all the aircraft it wants, carving out funding for a highly expensive avant-garde concept won’t be easy.”