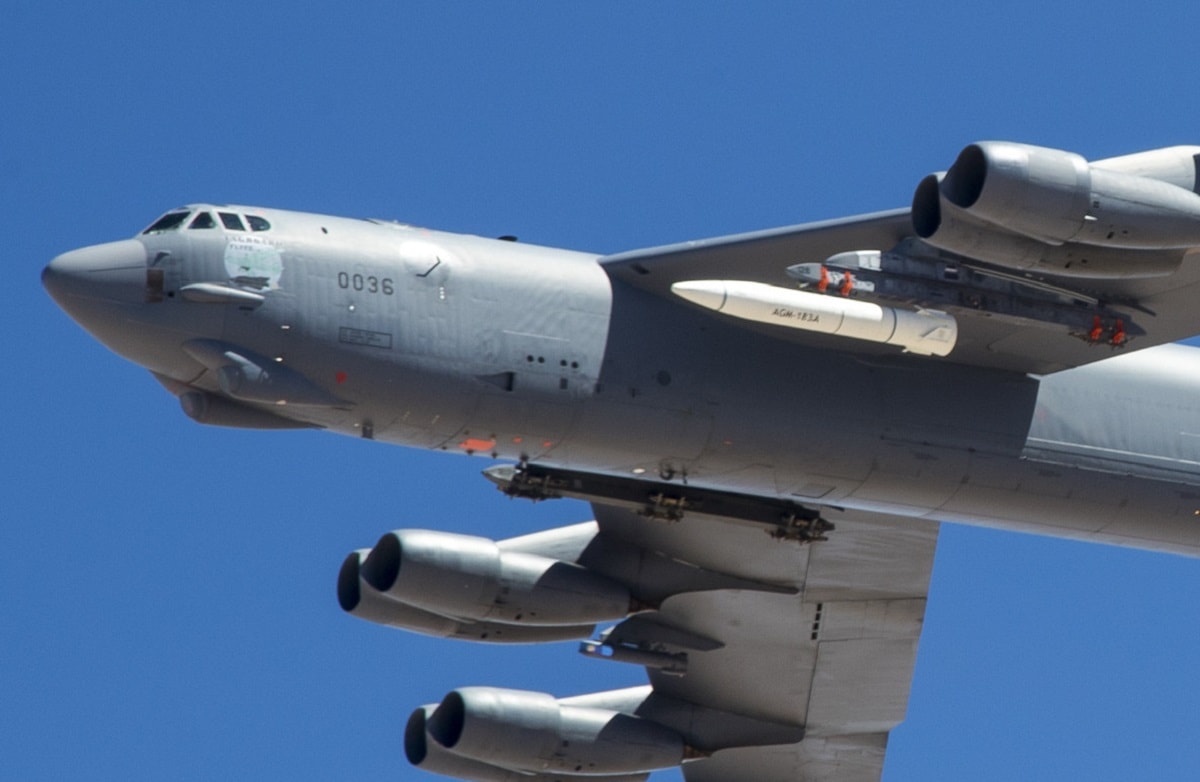 A recent test marks the second time the USAF’s much-vaunted ARRW hypersonic missile has experienced teething problems. Nonetheless, the U.S. Air Force has made it clear hypersonic weapons are just over the horizon.

The Air Force’s highly anticipated AGM-183A Air-launched Rapid Response Weapon (also known by its acronym “ARRW”) failed to power up during a recent flight test, marking the second time an ARRW program test failed to achieve its objectives. “While it did not meet all flight objectives, the test demonstrated several first-time events as the program continues to track toward fielding a hypersonic capability in the early 2020s,” the Air Force stated in a press release concerning the flight test.

The Air Force had hoped that the latest ARRW trial would demonstrate “the safe release of the booster test vehicle from the B 52H” that carried the missile, and in turn, provide information on the ARRW’s “booster performance” during its flight above the Point Mugu Sea Range off the California coast. Still, if not a complete success, the missile test was not a total loss either.

As the name suggests, hypersonic weapons are incredibly fast, flying at hypersonic speeds defined as Mach 5 — five times the speed of sound — or more. There is an assortment of hypersonic missiles either in development or already in service with several countries, notably the United States, Russia, and China, though, in the ARRW’s case, the Air Force is pursuing a boost-glide type missile.

Much like intercontinental ballistic missiles, boost-glide-type hypersonic weapons rely on a large booster rocket to take them into orbit. At this point, the missile’s unpowered rectangular warhead separates from the missile body and glides down earthward. Although boost-glide warheads do indeed glide through the air, the terminology is somewhat of a misnomer.

Over Mach 5, this category of missiles is challenging to defend against, as existing missile defense systems are optimized for taking down non-hypersonic missile threats. Moreover, so great are hypersonic missile’s kinetic energy, they wouldn’t necessarily have to carry an explosive payload, particularly against land-based targets — the sheer force of hitting the earth would quite literally be explosive.

Though certainly disappointing for the Air Force, the flying branch’s pass statement concerning the failed test flight nonetheless ended on an upbeat note. “Developing first-of-its-kind missiles is difficult business and this why we test,” Brig. Gen. Heath Collins, the Air Force Program Executive Officer for Weapons, explained. “This is a critical capability for our Air Force and we have the very best team working to figure out what happened, fix it and move out to deliver ARRW to our warfighters as quickly as possible.”