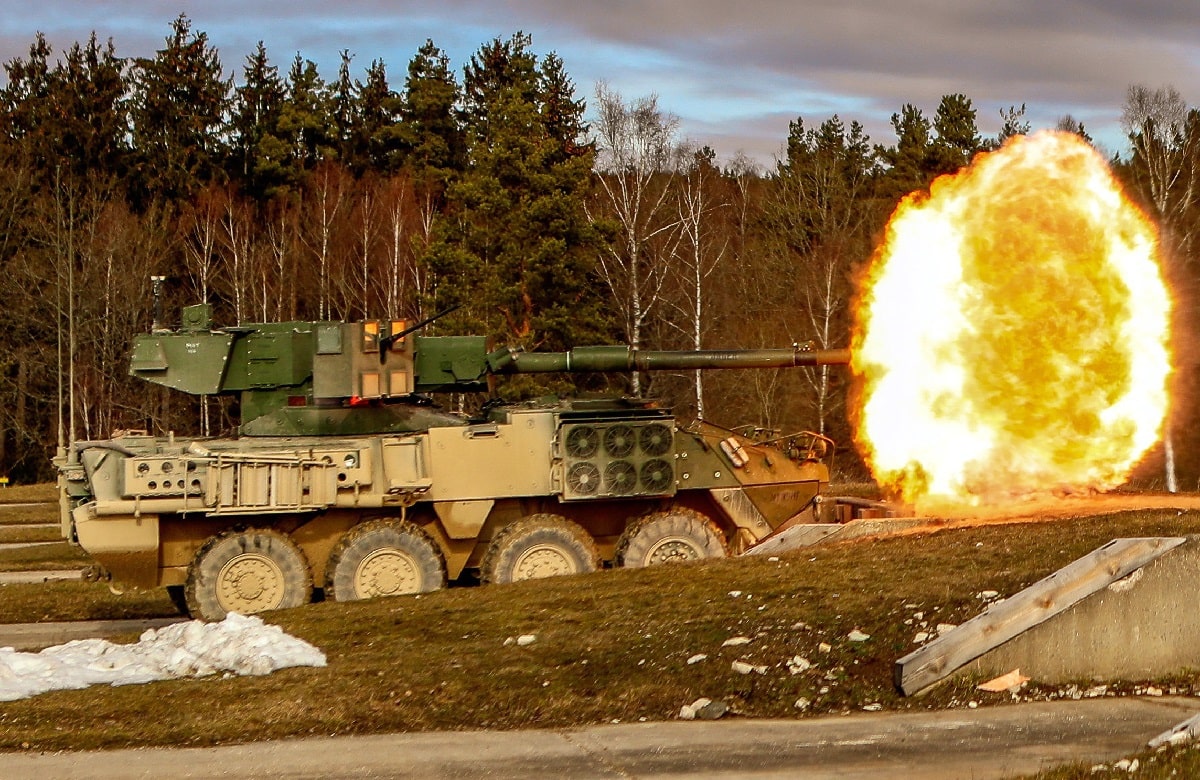 The U.S. Army has given the general public a first glimpse of a new and highly classified weapon.

According to defense writer David Hambling at Forbes, the “Long Range Effect” can be described as “a loitering munition, a drone which cruises for an extended period under operator control, locating targets with onboard sensors before diving down like a missile. The new weapon is part of a family of munitions known as Air Launched Effects (ALE) launched from helicopters or other Army assets.”

There was video was shot in May in Utah at the Experimentation Demonstration Gateway Event 2021—also known as Edge 21. In addition, there are “clips of a light combat vehicle launching a smaller loitering munition, ALE-Small. This is based on the Altius-600 drone, a highly capable system with a range of over 250 miles, which is also being upgraded with advanced artificial intelligence.”

At the event, however, journalists were not allowed to take photos of the video of the brand-new weapon. Reporters were also largely left in the dark regarding the weapon’s specs since very few details were released.

“We have payloads that we want that are a little bit bigger, and so we have a form factor that is a bigger form factor,” Brig. Gen. Walter Rugen, who heads the Army’s aviation modernization, told Defense News in a recent interview.

Army’s future vertical lift aircraft were run through tests as well, which were completed to gain information on the fleet’s effectiveness in multidomain operations versus high-end adversaries.

“What we’re seeing is, again, that integration of these capabilities, drafting off of our 10,000 engineering runs on our modeling and then plowing that into a western test range with active threat emitters and fighting it,” Rugen said.

Hambling added that “the appearance in the new video is of the blink-and-you’ll-miss it type, just a handful of frames at the 48-second mark, plunging down and obliterating a dummy mobile radar system.”

The target was considered to be a mockup, so it was difficult to compare the munition’s size. As for the shape, it featured two large wings that made it appear to be “considerably faster than the ALE-Small, which cruises at around 60 miles per hour.”

It is known that a previous exercise called Project Convergence largely concentrated on the penetration phase of operations and tapped into a sizeable number of Air Launched Effects. Edge 21, though, focused more on the next phase, which is known as exploitation. Hambling noted that the carrying out of a long-range air assault mission based on an “Indo-Pacific scenario” was “not a coincidence.”

“Neutralizing air defense assets ahead of such an assault would be a key role for ALEs,” he said. “The video also shows personnel on a helicopter wearing the Army’s new IVAS augmented-reality goggles, which combine night vision with navigation and external feeds. IVAS can give troops a view from a camera mounted on the helicopter’s nose—it can also show video from an ALE or be used to control the ALE directly.”