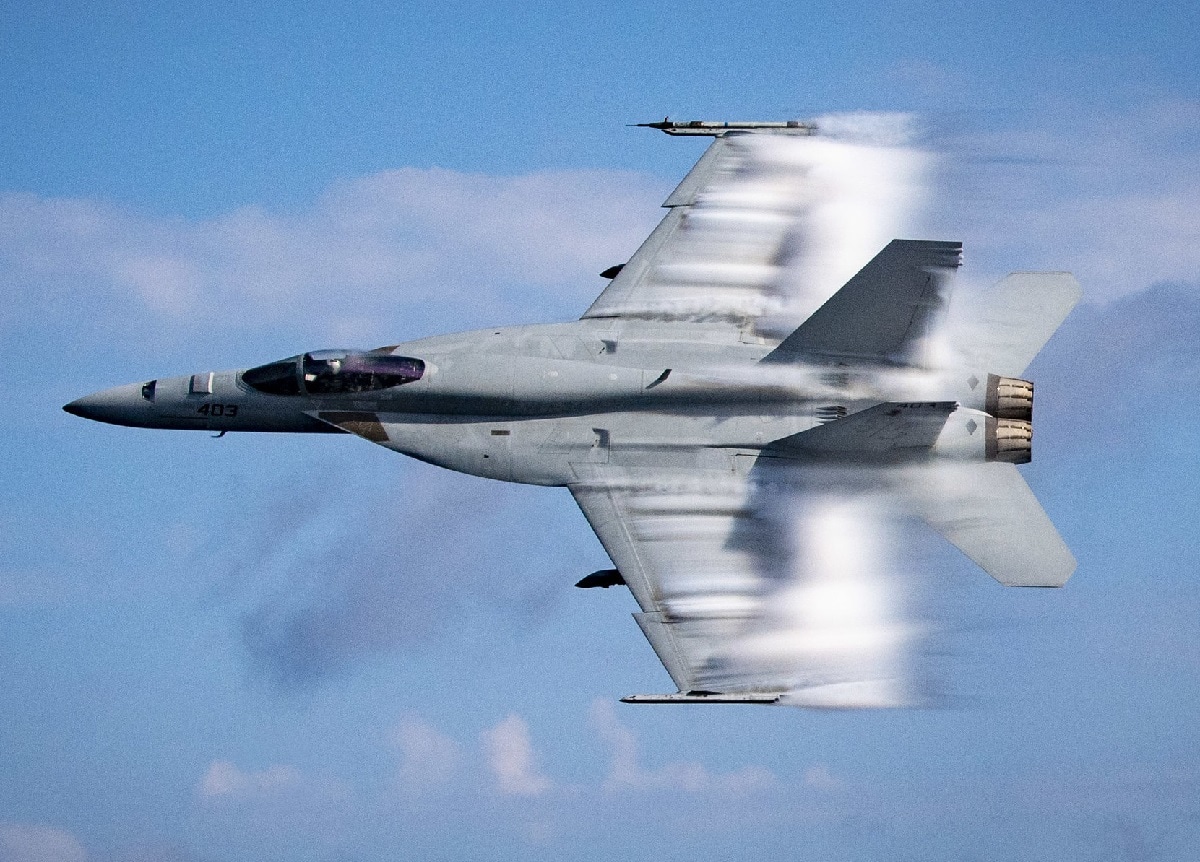 On March 7, 2019 defense analysts from the Rand Corporation told a panel, “In our [war]games, when we fight Russia and China, blue [the U.S. and its allies] gets its ass handed to it.”  The scenarios were defenses of the Baltics and Taiwan from invasions by Russia and China, respectively.

In both cases, Russia and China leveraged long-range cruise and ballistic missiles to sink U.S. ships hundreds of miles away at sea, destroy forward air bases that short-range F-35 stealth fighters depend upon, and interdict airspace against non-stealth aircraft.

The huge ‘bubbles’ of interdicted space generated by such ‘anti-access/area-denial weapons (or A2/AD) impede a U.S. counterattack long enough for locally superior attackers to overwhelm defenders in the region.

However, just a few days earlier the Swedish Defense Research Agency (FOI) released the report ‘Bursting the Bubble?’, described in this earlier article by The National Interest’s David Axe. It arrived at a very different conclusion:

“Much has in recent years been made of Russia’s new capabilities and the impact they might have on the ability of NATO member states to reinforce or defend the vulnerable Baltic states in case of crisis or war. On closer inspection, however, Russia’s capabilities are not quite as daunting, especially if potential countermeasures are factored in. In particular, surface-to-air missile systems currently create much smaller A2/AD bubbles than is often assumed…Experiences from Syria also raise questions about the actual capabilities of such systems in combat…Anti-ship and anti-land systems pose a greater threat but, here too, countermeasures are available.”

In FOI’s view, A2AD is an overhyped buzzword leveraged to create an excessive sense of vulnerability—intimidating potential adversaries before the match even begins.

Back in 2016 the U.S. Navy apparently came to a similar conclusion—practically banning the term ‘A2/AD’ in its internal strategy documents on the grounds that the term ceded adversaries too much credit by conflating the ability to threaten a space with successfully controlling it.

How can the same premises lead to such dissimilar conclusions? In fact, many of the analysts’ insights on the strengths and limitations of A2AD strategy can be reconciled.

There are different correlations of forces in the Baltic Sea and the Western Pacific Ocean.

The Swedish study understandably focuses on the Baltics, while the Rand panelists also referred to potential conflict with China in the Western Pacific. However, China has a more dominant military posture in East Asia than Russia does in Europe. Furthermore, despite starting technologically behind, Beijing has demonstrated a greater capacity to sustainably develop and deploy advanced systems.

Russia wins when its adversaries fail to counter-mobilize.

Rand’s pessimistic projections regarding a Russian invasion of the Baltics date back to 2016.  However, its wargames have tended to pit a mobilized Russian invasion force against un-mobilized NATO forces. However, it’s questionable that Russia could spend weeks massing the forces necessary for an invasion without detection and some counter-mobilization by NATO, particularly given the capabilities of modern surveillance systems. ‘Strategic surprise’ can be achieved—but is harder than ever before.

FOI, for its part, argues that NATO should simply deploy more troops in Eastern Europe to deter Moscow. Many of Russia’s anti-access capabilities in the Baltics center around its exclave in Kaliningrad, which itself could be made quite vulnerable, surrounded as it is by Polish territory.

Not all A2AD systems are as technically mature and operationally effective as they are made out to be.

The Swedish report points out that Russia’s S-400 surface-to-air missile system (also in service in China) has yet to actually receive its vaunted 250-mile range 40N6 missiles. Furthermore, very long-range interceptions are only viable against large, slow aircraft (tankers, cargo planes and AWACS radar planes) flying at high altitude. ‘Pushing back’ vital support planes is still useful, but agile warplanes may only become vulnerable within a few dozen miles of a SAM site.

Another intimidating new technology, anti-ship ballistic missiles, has only been tested against naval targets a few times, and never in combat

On the other hand, cruise missiles and short-range land-attack ballistic missiles have seen extensive combat employment in the last half-century, blasting Middle Eastern cities and sinking Royal Navy ships in the Falklands. Land-based missile transporters have proven easy to conceal and difficult to hunt down.

A2AD systems can’t see as far as they can shoot.

A 40N6 missile (when and if it enters service) may threaten aircraft up to 250 miles away. A DF-21D may be able to sink a carrier a thousand mile away.

However, neither missile batteries’ organic fire control radars can realistically acquire targets that far over the horizon due to the curvature of the Earth. Both would need to cue targeting data by networking with remote AWACS radar and maritime patrol planes, drones, surveillance satellites, and distant land and sea-based radars.

Forming such a ‘kill-chain’ is doable—but it’s technically challenging task that requires practice and is vulnerable to disruption at any point in the chain. For instance, the surveillance and communication assets could be destroyed, or their communication links to firing platforms jammed.

Both China and Russia, however, are assembling the surveillance capabilities to form kill chain, however, by expanding its satellite surveillance assets and deploying new airborne radar planes.

‘Threatening’ an area doesn’t have to mean ‘denying’ it.

In recent conflicts, U.S. air and naval forces have benefited from technological ‘offsets’ allowing them to bombard adversaries from afar at virtually no risk to return fire. For example, the U.S. did not lose a single warplane to enemy fire in its 2011 intervention against Libya.

However, when combating a peer adversary, Western forces may simply have to accept higher degrees of risk in order to complete their missions. In other words, A2/AD systems may take out some ships or aircraft, but not necessarily impose high enough costs to defeat operations in a region before they are neutralized.

For example, during World War II land-based bombers posed a deadly anti-access threat to warships that passed within their range. However, that didn’t prevent Allied naval forces from taking what lumps they had to when evacuating troops at Dunkirk and Crete, or conducting amphibious landings in Dieppe, Sicily and Normandy.

The Rand analysts argue the U.S. military could address its weaknesses versus anti-access weapons by re-allocating roughly $24 billion of its roughly $700 billion annual budget to existing systems. In their view, sacrificing funding for, say, one or two carriers, makes sense if it pays for capabilities that make the remaining nine floating airbases much more survivable.

Basically, the analysts think the U.S. needs a larger supply surface-strike missiles to threaten enemies at long range; and a much larger capacity to defend against incoming long-range missiles with counter-missiles.

In other words, fight fire with fire and water.

On the offense side, promising new long-range strike weapons include the LRASM anti-ship missile, the stealthy JASSM-ER cruise missile, and the Army’s multi-faceted Long-Range Precision Fire program. On the defense side, the Army’s maneuver short-range air defense program and the Navy’s SM-3 and SM-6 offer promising force protection capabilities.

Taking the analysts’ conclusions together, one can arrive at a more nuanced understanding of the challenges posed by anti-access weapons. Undeniably, A2/AD weapons can threaten large areas and will likely shape operations in the regions where they are present. However, they cannot “shut down” access to a region by themselves, and their threat can be mitigated through appropriate planning using existing technologies and tactics.