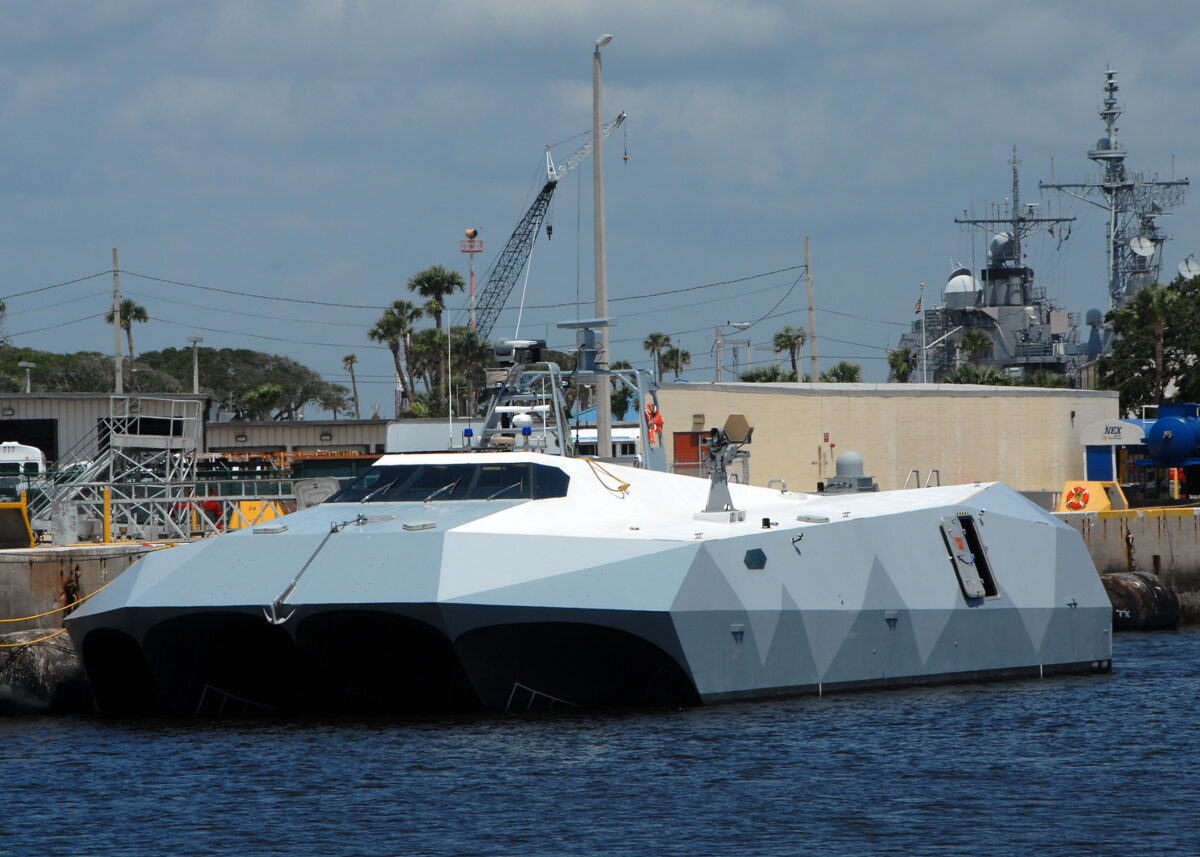 The United States Navy is testing out a device made by a company called DroneShield that could offer serious protection from drones — and not just single quadcopters either, but from swarms of drones. But first a bit on the boat in question.

The Navy tested the DroneShield on their one-of-a-kind M80 Stiletto. It’s a pretty unique boat, both from a visual standpoint as well as from the ship’s capabilities. Intended for shallow waters near coasts, the M80 has a novel hull shape that features five points of contact in the water. This rather wide design has several advantages.

During rough sea conditions, the M80 is able to remain quite stable, and much more so than single or even double-hulled boats of a similar size. Stability at sea is a boon both for ISR (intelligence, surveillance, and reconnaissance) operations where stable observation locations aid camera and video feeds.

But stability at sea is also important for another reason: picking up and dropping off U.S. Navy SEAL teams. The M80 is able to act as a mother ship for up to 12 Navy SEALs and their rigid hull inflatable boats. Lastly, the M80’s unique, closed shape is recognizable as a stealthily-contoured design that reduces the boat’s radar cross-section at sea, keeping the boat hidden from enemy radar.

During this anti-drone test, the Navy outfitted the M80 Stiletto with an interesting little roof-mounted pod. The device, called the DroneSentry-X, is essentially an artificially intelligent system that scans around the vehicle it is mounted to for radio frequency signals that could indicate a drone in its vicinity.

DroneShield states that their device, called the DroneSentry-X “provides 360° awareness and protection using integrated sensors to detect and disrupt UAS moving at any speed – suitable for mobile operations, on-site surveillance, and on the move missions…” The DroneSentry-X offers users real-time situational awareness and ability to respond to UAS and threats detected by the system.” And in addition to vehicle mounting, the DroneSentry-X can be mounted in a fixed position to provide drone overwatch.

Interestingly, the company explains that their technology does not “involve protocol manipulation or “cyber” tactics, given the limitations of those methods.” Instead, they offer “non-kinetic jamming for controlled management of response to threats.”

Typically anti-drone measures have involved kinetic interceptors, netting, or signal jamming to bring down or disrupt drones. But with a non-kinetic capability up their sleeve — and the ability to operate at sea — changes in drone protection could quite literally be in the air. 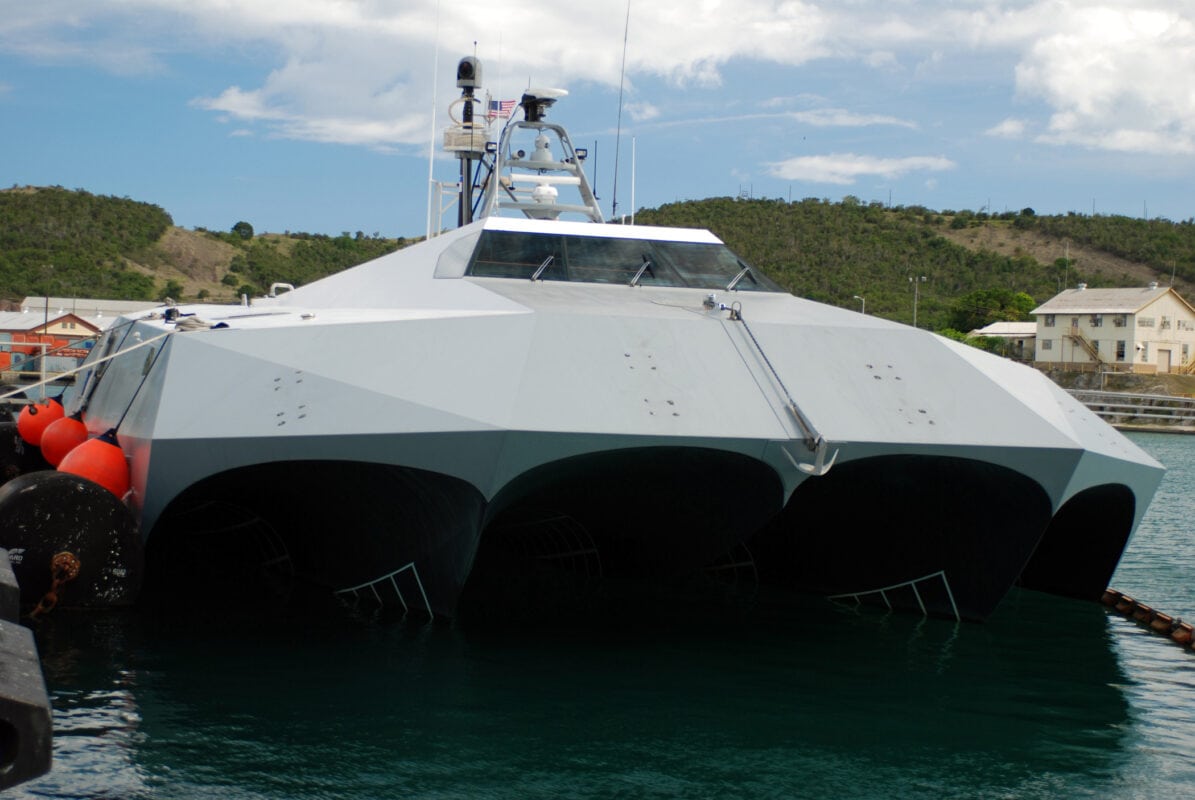