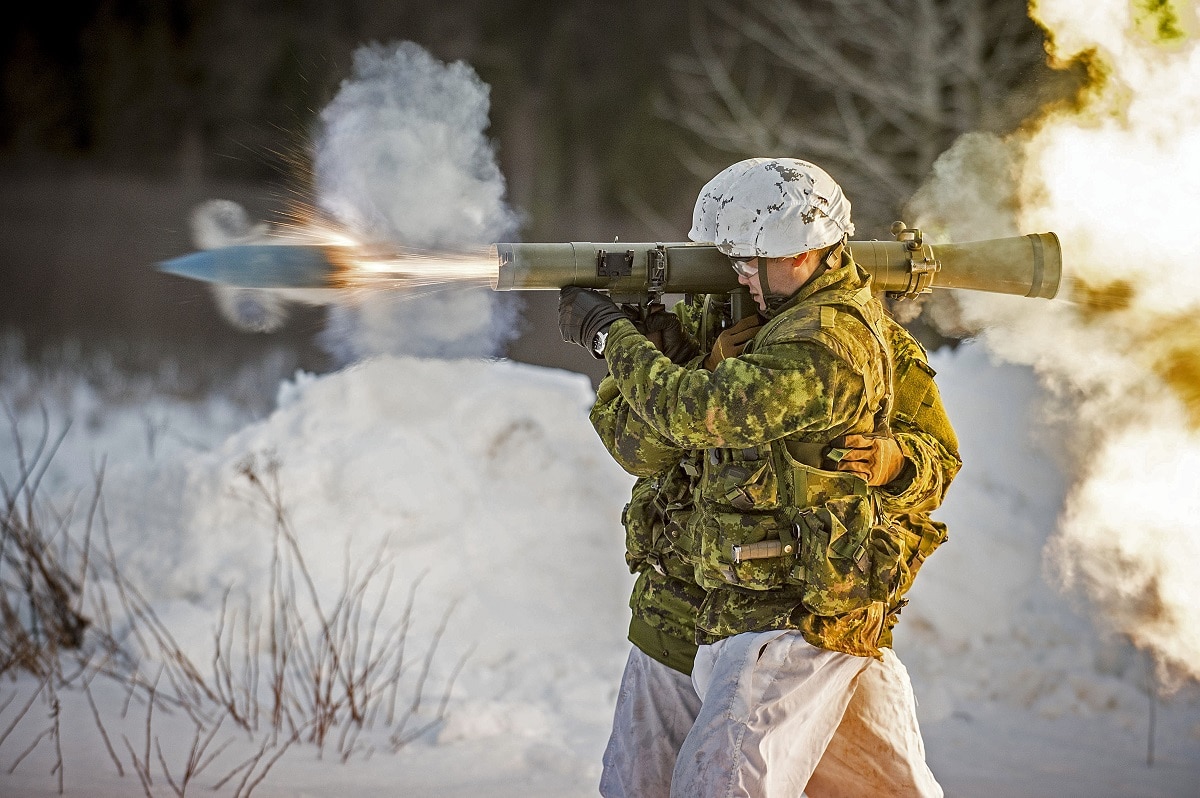 The rocket launcher, called M3A1 MAAWS or Multi-Role Anti-Armor Anti-Personnel Weapons System, is, in essence, a portable, reloadable, shoulder-fired recoilless rocket system that will supplement similar systems that are currently in the Corps’ inventories.

The MAAWS is the latest iteration of the iconic and incredibly long-lived Carl Gustaf Recoilless Rifle. The original Carl Gustaf, a Swedish design, made its debut in the aftermath of World War II. Today, the rocket system is particularly valued by Soldiers and Marines for both its lightweight as well as the wide variety of 84mm ammunition it can fire.

“It [MAAWS] has the ability to fire [illumination], smoke and airburst-style rounds,” explained Chief Warrant Officer 4 David Tomlinson, the MCSC’s infantry weapons officer in a recent USMC statement outlining the weapon’s acquisition. “The capability will allow the warfighter to engage the enemy in defilade, reinforced bunkers and buildings.”

The Carl Gustaf has gone through several iterations since 1948, but compared to its immediate predecessor, the M3A1 is a whopping 7.5 pounds lighter. Thanks to new light-weight carbon fibre and titanium components, the M3A1 tips the scales at a scant 15 pounds, a boon to dismounted transport.

Out with the Old, and In with the New

The Corps already operates several similar systems. One of these, the Mk153 Shoulder-Launched Multipurpose Assault Weapon has been primarily used as a bunker-buster and anti-armor weapon, though it has a significantly shorter range than the MAAWS, which is also more accurate against armored targets. Additionally, the USMC fields the single-shot M72 LAW, an anti-tank weapon. While much lighter than the M3A1, the LAW is a single-shot, disposable weapon that has a significantly shorter range, and lack of accuracy compared to the M3A1.

“When we do urban operations, we carry a rocket because you don’t know what kind of enemy we’ll have, what capabilities they’ll have,” A Marine Sergeant involved with the M3A1 evaluation explained. “This gives us a wide range of opportunities and assets that we can use to destroy a vehicle or take out [the enemy].”

Just Around the Corner

The Corps began transitioning to the MAAWS in 2017 when evaluations at the squad level validated the concept of giving significantly more firepower to Marines at the squad level. By 2023, all Fleet Marines will have received their M3A1s, the USMC Reserve by 2024, and every Marine Corps battalion by 2025.

“The MAAWS is important because it gives the squad an enhanced capability with increased lethality and will bring a greater combined-arms solution to the enemy,” Tomlinson reiterated. “The rocket system will change the way the infantry squad fights.”