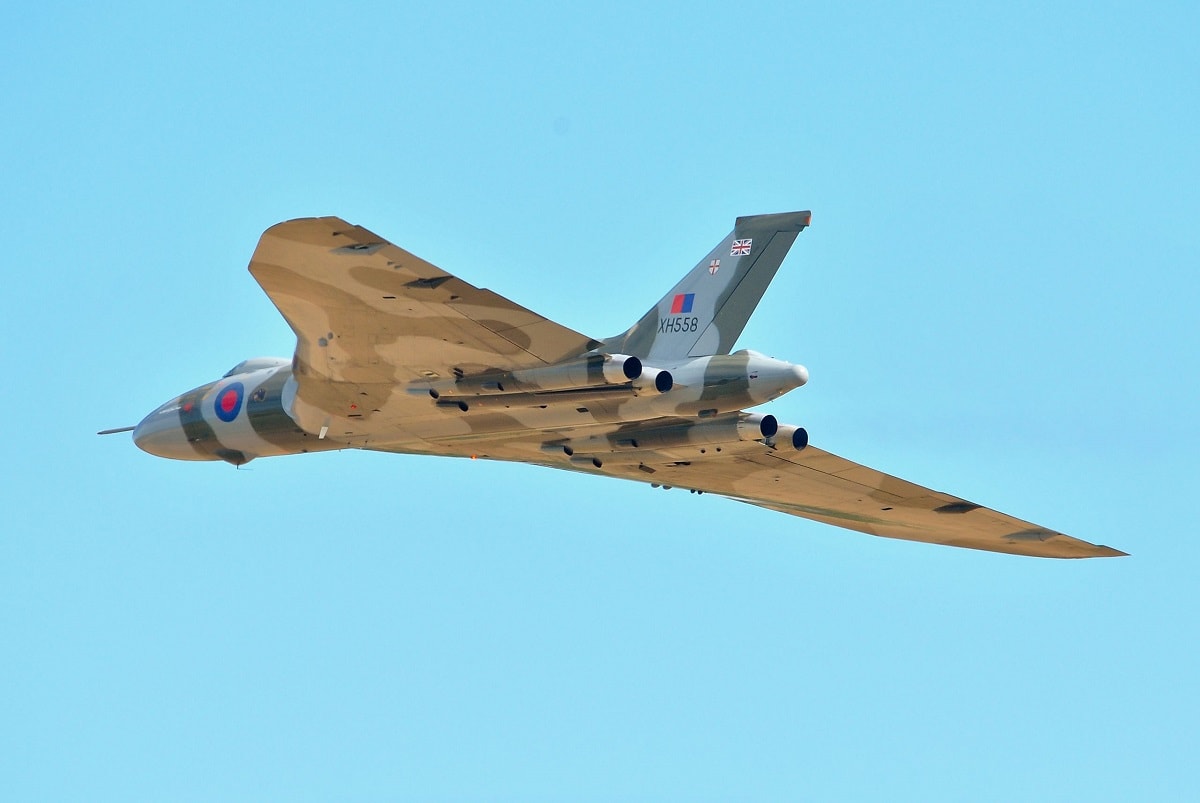 Although Avro designed the bomber to be a high-level strategic nuclear bomber, the Vulcan’s novel design allowed it to fill multiple roles.

The Avro Vulcan was one of the United Kingdom’s three Cold War-era V Bombers, strategic long-range bombers that formed the U.K.’s strategic nuclear strike force. Of the three V Bombers, the Vulcan was the most challenging of the three to design and build, though it was arguably the most successful thanks to the variety of missions it was capable of conducting.

The Avro Vulcan went through a long prototyping process, necessary due to new jet engine technology and the Vulcan’s novel delta wing design that lacked a traditional tail assembly. Early test pilots found that as the Vulcan approached the speed of sound at high altitude, the airframe tended to enter an uncontrollable dive, necessitating a wing and airframe redesign.

Once Avro completed the bomber’s torturous airframe prototyping process, the Vulcan entered serial production and entered service with the Royal Air Force in 1956. Like many strategic nuclear bombers of the era, the Vulcan initially flew with an anti-flash white livery to reflect some of the thermal radiation caused by a nuclear explosion and partially protect the crew.

A four-engine fighter, the Vulcan’s design saw its engines buried within the airframe rear. Air intakes near the wing roots supplied the engines with air. As the Vulcan’s four power plants approached 100% output, they would emit a howling noise, which can be heard in this video and is worth the watch.

Although the Vulcan was not built with regard given to the airframe’s stealth characteristics (the first true stealth fighter, the United States F-117, would not make its first flight until 1981), the Vulcan nonetheless returned less radar than other comparable airplanes thanks to its relatively smooth, low-profile airframe design.

Shortly after the V Bomber’s introduction, it became clear to Royal Air Force war planners that the bomber’s high-altitude nuclear deterrence mission was at risk. The Soviet Union’s increasingly high-altitude surface-to-air missiles and interceptor airplanes like the MiG-21 Foxbat challenged the RAF theory that flight at altitude would allow bombers to fly above Soviet air defenses. The RAF subsequently modified several Vulcans to fly low rather than high altitude strike missions, though their ability to strike Soviet targets at low altitude successfully remained ambiguous.

The Vulcan’s conducted their only wartime sorties during the Falklands War when they conducted what was at the time the longest bombing raid in history against an Argentinian airstrip from Ascension Island in the southern Atlantic Ocean. 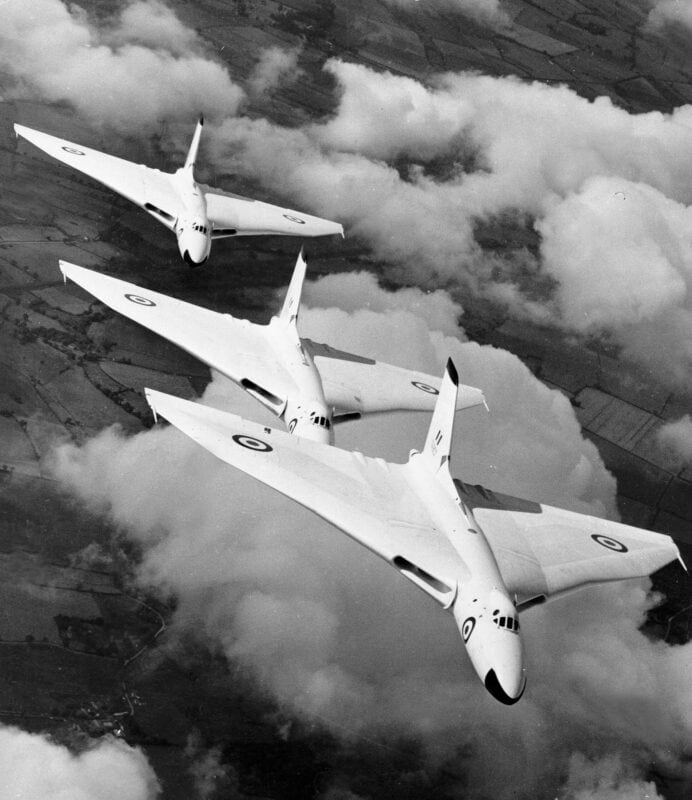 Built during the early years of the Cold War, the Royal Air Force retired the Vulcans from service in 1986, shortly before the dissolution of the Soviet Union. The last Vulcan flight occurred in 2015 when the Avro Vulcan XH558 “Spirit of Great Britain” transitioned from flighty worth to taxable condition.