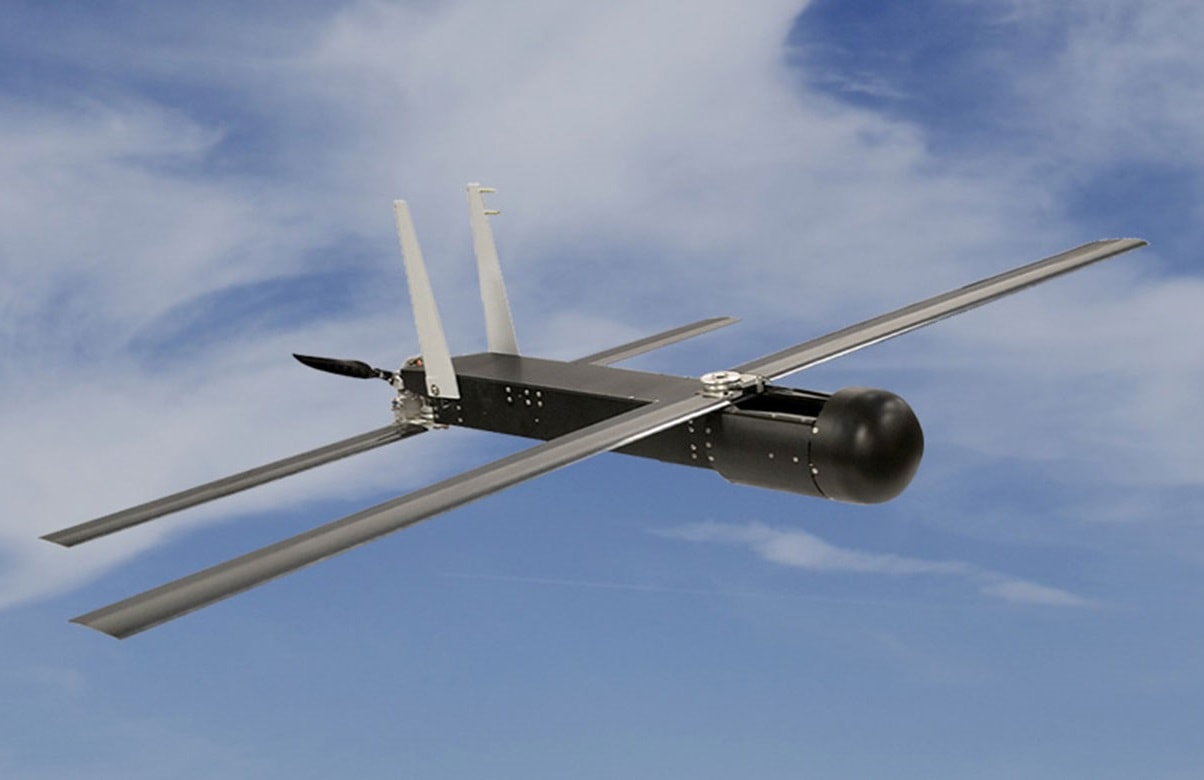 An interesting jet-powered unmanned aircraft system (UAS) was able to defeat a swarm of hostile drones, though the “how” remains somewhat mysterious.

During a recent test, Raytheon Missiles & Defense, a Raytheon division, worked with the Army’s Integrated Fires and Rapid Capabilities Office during an anti-drone test that saw one of the company’s unmanned aircraft systems pitted against a number of drones, simultaneously.

Raytheon’s statement outlining the test was rather cagey. The company simply stated that their UASs used a non-kinetic effector to defeat 10 drones that “differed in size, complexity, maneuverability and range,” without mentioning further details or specifics on the hostile drone’s characteristics.

The UAS in question is a derivative of Raytheon’s Coyote UAS, a small, tube-launched, and recoverable drone. Company promotional material shows the Coyote powered by a small pusher propeller at the airframe rear, though in the most recent Army test, a modified jet-powered Coyote took to the skies, propelled from a tube-type launcher mounted to the back of an armored vehicle.

“This test demonstrates the effectiveness of Coyote to counter complex, unmanned aircraft systems,” Tom Laliberty, vice president of Land Warfare & Air Defense at Raytheon Missiles & Defense explained in the company’s press release. “As a non-kinetic variant, we’re offering an effective weapon against the threat and value to the Army in the form of an affordable, reusable asset.”

The drone test saw several different firsts for the Coyote platform, including multiple air-to-air non-kinetic defeats, survivability, and recoverability which allowed for multiple uses during the same test event, and extended engagement ranges. At what ranges those engagements occurred remain unclear.

Interestingly, Raytheon did not specify how exactly the modified Coyote UAS took down a 10-drone swarm, though the non-kinetic description may give a clue. Without firing a physical, potentially explosive projectile or slamming itself into an enemy UAV, the Coyote could be left jamming hostile drones. Alternatively, the Coyote could potentially be able to use an on-board high-energy weapon such as a laser, or direct microwaves to fry a hostile UAS’s onboard electronics, though this admittedly remains speculative.

Though this most recent test is just a small part of the Army, and indeed the U.S. military’s increased focus on anti-drone capabilities, it hints at a desire for non-kinetic and reusable platforms that can reliably engage drone swarms of increasingly high sophistication.