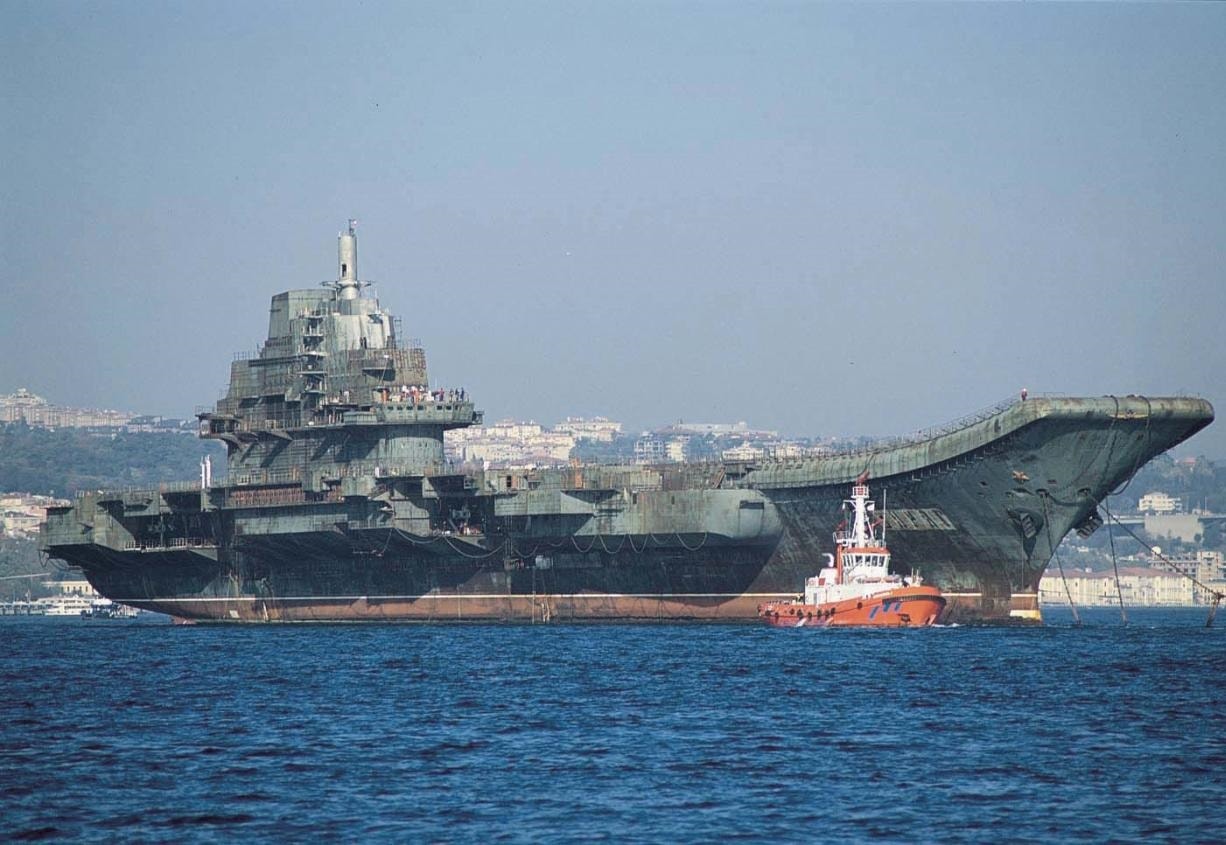 What if China never bought it?

In 1998, a Chinese businessman bought the incomplete hulk of a Soviet aircraft carrier.  Fourteen years later that hulk became Liaoning, the first fleet carrier of the People’s Liberation Army Navy (PLAN). Thus did China’s navy become the blue water force it had long aspired to be.

But much could have gone wrong during this process. What if China had never acquired Varyag? What would China’s blue water navy look like today?

The story of the acquisition of the incomplete hulk of Varyag has been told several times, including at the National Interest. Upon the collapse of the Soviet Union, the incomplete hulk of the large carrier became the property of the government of Ukraine. Yet Ukraine had neither the interest nor the capability to complete the vessel, or put it into service. Officials from the PLAN inspected the vessel and expressed interest in acquiring it, but the Chinese government was reluctant because of concerns over the Western reaction.

A Chinese businessman (with covert support from the PLA) purchased the ship for $30 million, ostensibly for use as a floating casino. Hijinks ensued as the ship slowly made its way to China, a process that last almost two years. Finally, in 2002, the Varyag arrived at Dalian shipyard.  Even then, it seemed that Varyag would simply serve as a basis for future Chinese designs, and not as an active carrier. But after nearly a decade of refit and reconstruction, Varyag re-emerged as Liaoning, a fully capable ski-jump aircraft carrier that was, by most accounts, more reliable and more capable than her Russian half-sister, Admiral Kuznetsov.

Much could have gone wrong during this process. The Ukrainians could have been more obdurate during negotiations, or could have gotten a better price for scrap. The owners of the ship could have failed to successfully negotiate its transit of the Bosphorus. Varyag quite possibly could have sunk along the way, an occurrence not terribly unusual for a ship in her condition. Finally, China could have taken the road that most analysts expected and simply used Varyag as an experimental hulk.

Varyag was not China’s first foreign acquisition. In 1985, Chinese shipbreakers purchased HMAS Melbourne, an Australian Majestic-class aircraft carrier. The PLAN scavenged equipment from the ship, and reportedly studied the hulk extensively.  In the mid-1990s, China acquired two retired Soviet aircraft carriers, the Minsk and the Kiev. After extensive study and testing, both ships were turned into tourist attractions. In any case, China clearly had a demonstrated interest in aircraft carriers even before acquiring Varyag.

Without Liaoning, the PLAN would have had to either construct a new carrier from scratch, or take the Indian route and try to modernize one of the Kievs. Regarding the latter, both Kiev and Minsk were of older design and in poorer condition than Admiral Gorshkov, which eventually became INS Vikramaditya. Rebuilding Gorshkov as Vikramaditya took nearly as long (nine years) as completing Liaoning, but resulted in a less capable unit. Given China’s interest in developing its own large warship building industrial capacity, it seems likely that any reconstruction would have taken place at Dalian.

With respect to the former, tinkering with Varyag undoubtedly opened a lot of doors for Chinese shipbuilders. China could probably have acquired all of the relevant blueprints to Varyag from the Ukrainians or the Russians, and it is extremely unlikely that the first domestically constructed ship would have been to a modified Kiev design. Lacking a VSTOL fighter, the PLAN still might have opted for ski-jump design, and the resulting ship might look very much like Liaoning.   Conceivably, China could have tried to skip the ski-jump phase, but going from zero to CATOBAR is an immensely demanding leap in construction, design and training.

There is no doubt that the process of design and construction would have been different if the Chinese had not had access to Liaoning. A refurbished Kiev would have resulted in a less satisfactory unit, one more limited in both training and operational capabilities. New construction would certainly not have resulted in a ship ready by 2012. A delay in the availability of the first carrier would have pushed back every element of China’s carrier program.  China’s second carrier would enter service later, both because of shipyard demands and because of a lack of lessons learned from experience with Liaoning. And in those intervening years the PLAN has earned invaluable experience with flight operations. Even if Liaoning never launches a sortie in anger, her contribution to China’s naval aviation program has been immense, allowing a cadre of pilots and crew to certify on carrier ops.

Finally, while the internal bureaucratic functioning of the PLAN remains opaque, it seems likely that the availability of Liaoning boosted the organizational credibility of the naval aviation community. Liaoning offered a shortcut to a respectable capability, and opened possibilities that might not have opened until much later.

China’s aircraft carrier program was not dependent upon the acquisition of Varyag. There was sufficient organizational will within the PLAN and the Chinese government to pursue an aircraft carrier program. However, Varyag (now Liaoning) undoubtedly accelerated the Chinese program, and clearly structured how that program has developed over time. China has more carriers, better carriers and better aviators today because the wild gamble with Varyag succeeded.

Robert Farley is a Senior Lecturer at the Patterson School.