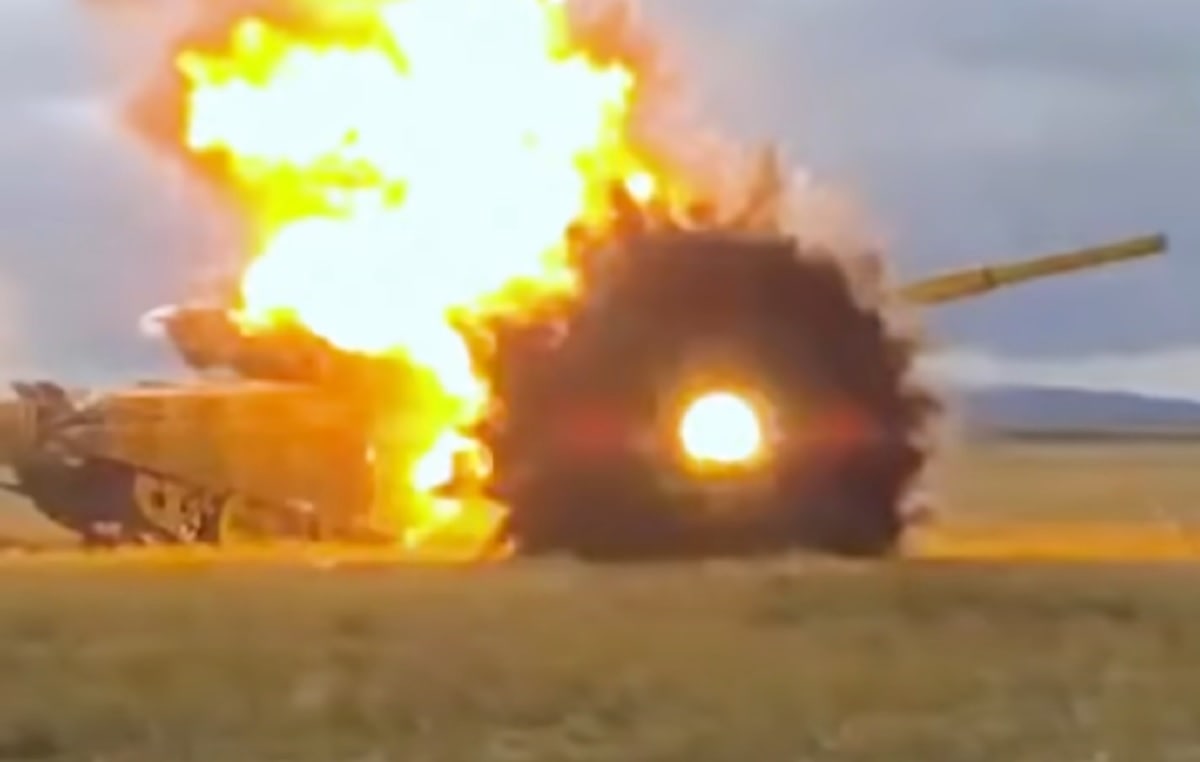 A recently released video (full video is below) shows a Russian tank protecting itself from incoming anti-tank fire. The video demonstrates the tank defending itself using its equipped Active Protection System (APS), which reflects a growing trend among modern armored forces to utilize such systems in order to enhance their reliability with what amounts to a modern-day missile shield.

As this video shows, however, it is not just the most modern of tanks that can use these advanced defensive measures, with older tanks also capable of making use of them in order to help ensure that they remain competitive on modern battlefields.

The video, released by the state-controlled media outlet One Russia, shows a Russian infantryman firing an RPG-7 anti-tank grenade at a Russian T-72B3 tank. The tank is shown successfully utilizing the Arena-M APS to defend itself from the attack.

First developed in 1971 before deploying with the Russian Army for the first time two years later, the Russian T-72 tank is one of the most successful and widely used tank models in history. At least 25,000 T-72s have been produced since the first model entered into service with the Russian military, and the T-72 has featured in most major conflicts since its debut in the early 70s. To this day, a number of militaries continue to operate the T-72, including Russia.

The T-72 has spawned a number of variants over the years, which have improved on such things as the T-72’s armor and engine, while also allowing the tanks to be equipped with a number of new weapons and features including cannon-fired missiles, laser rangefinders, explosive reactive armor, and a jamming system that disrupts the guidance links on incoming missiles. The most recent variant of the T-72 – the T-72B3 – was first delivered to the Russian military in 2013, and features a number of enhancements designed to keep older T-72s active in the field. Enhancements found on the T-72B3 include an upgraded engine, a new gunners sight that includes a thermal imager, and an improved fire control system and modernized ballistics computer.

Russia has reportedly upgraded several hundred older T-72s to the T-72B3 standard, and it was one of these newer variants of the T-72 that was shown demonstrating the APS in the video released by Russian media.

The APS on display in the video is the Arena-M hard-kill APS, of which Russia began trials in 2019. Like other hard-kill active protection systems, the Arena-M makes use of radars fitted onto the tank that detects and track incoming rockets and missiles and, if those projectiles are determined to be on course to strike the tank, interceptors spring out from armored containers onboard the tank that destroy the incoming projectiles before they reach the tank. Soft-kill systems, by contrast, do not involve kinetic destruction of incoming projectiles, and instead protect tanks through jamming or by denying enemy missiles the ability to maintain and lock on to the tank.

Arena-M is not the only APS in operation, with Israel the first to make use of APS on its tanks in the form of its Trophy system, and there are now more than 1,500 such systems equipped on Israeli ground-combat vehicles. The United States has contracted with the developers of the Trophy system to outfit its M-1 Abrams tanks with APS, while APS is also being incorporated into plans for the U.S. military’s Next-Generation Ground Vehicle (NGCV) program.

One of the major advantages of APS is that it at least partially obviates the need to add on additional layers of heavy armor to tanks, thereby reducing the weight of the vehicles. This is true for both newly designed tanks, which have become progressively heavier over the years, but is also a boon for older tank designs such as the T-72. APS provides an efficient and effective means of upgrading older tanks to make them more survivable on the battlefield without overburdening them through the addition of extra heavy armor. 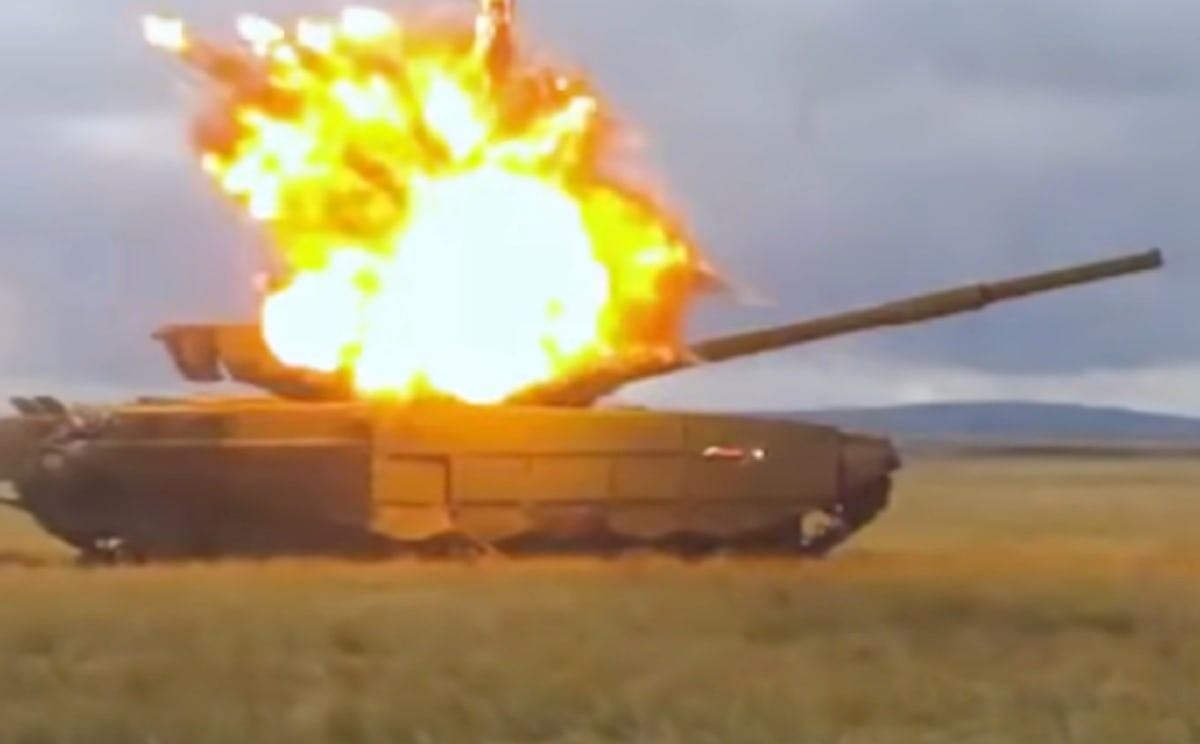 The Arena-M is designed for use on both Russia’s T-72 and T-80 series of tanks but is not the only APS in the Russian military’s inventory. Russia’s newest tank – the T-14 Armata – is equipped with its own APS referred to as the Afghanit. Unlike the Arena-M, the Afghanit appears to demonstrate elements of both soft-kill and hard-kill APS.