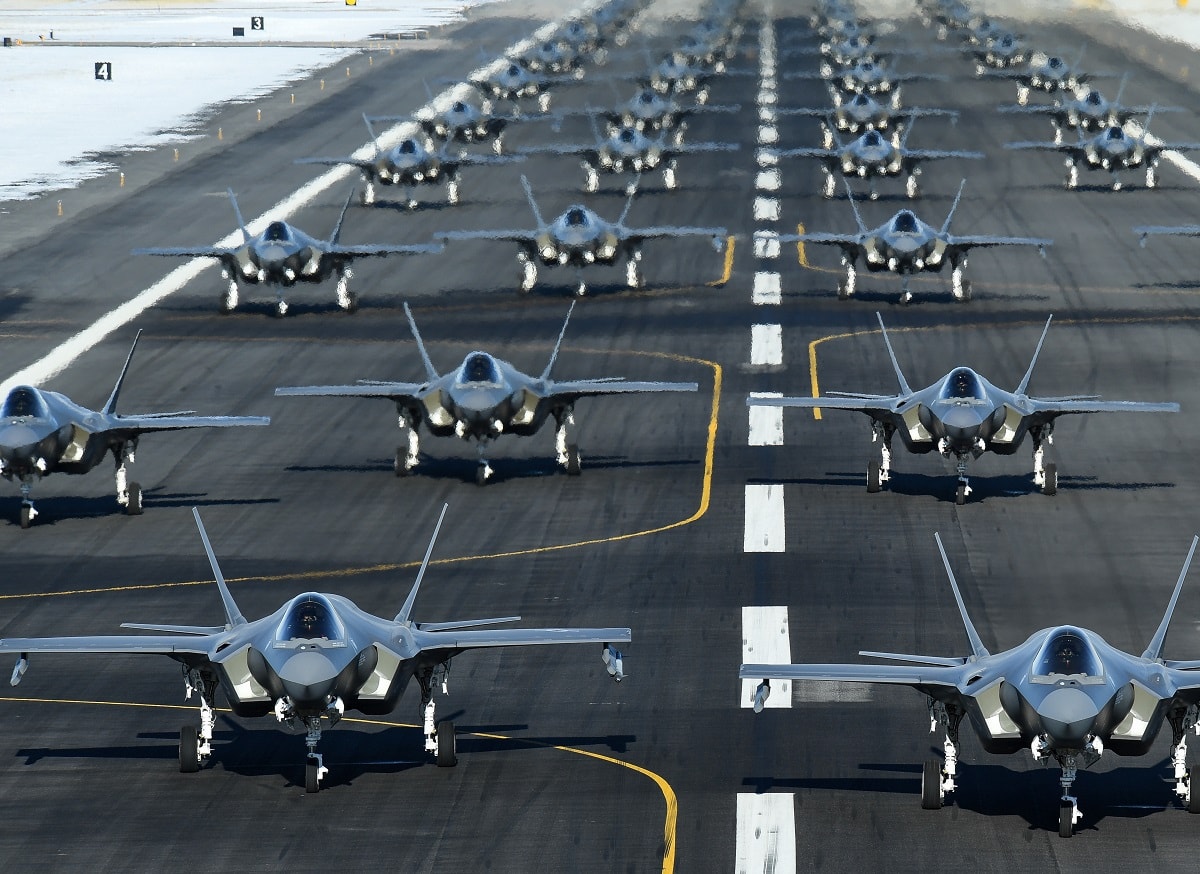 Large-scale military demonstrations are a commonly used form of military signaling. These demonstrations represent a means to respond to international events, display resolve, reinforce deterrence, or reassure international allies and partners. These demonstrations can involve such things as weapons tests or large military exercises. For the United States Air Force, one such demonstration is that of the “elephant walk,” which involves launching a large number of aircraft from an airfield in rapid succession. In recent years, the Air Force has increasingly utilized its fleet of advanced fifth-generation fighter aircraft in elephant walks, demonstrating its unrivaled capacity for fielding these aircraft.

What Is An Elephant Walk?

Elephant walks are a form of military exercise utilized by the United States Air Force in which aircraft taxi in formation or in sequence before engaging in minimal interval takeoffs – that is, with the aircraft taking to the sky with the shortest possible time between individual takeoffs. These are impressive spectacles to be sure, but they also serve an important practical purpose. Elephant walks offer the Air Force an opportunity to exercise not just the capabilities of its pilots and aircraft but also of the entire support elements operating at air bases, and give personnel involved practice at getting a large number of aircraft flight-ready in a short period of time before launching them all as quickly as possible. This is also a useful demonstration for outside audiences – be they allies or adversaries – and can highlight the Air Force’s ability to quickly put into action a significant amount of military hardware.

Air Force elephant walk exercises have involved a range of aircraft from fighters to A-10 Thunderbolt II ground-attack aircraft, and have also been conducted in concert with allies such as South Korea. In recent years, the Air Force has increasingly begun to incorporate its most advanced fifth-generation stealth aircraft into its elephant walk exercises. The first elephant walk involving F-35s took place in 2018 at Hill Air Force Base in Utah, which involved dozens of the advanced Lightning II aircraft. Since then, these aircraft have taken part in elephant walks alongside other Air Force platforms, including an exercise in late 2020 at Eielson Air Force Base in Alaska that saw F-35s launch alongside both F-16 fighters and two KC-135 Stratotankers.

The most impressive elephant walk involving F-35s took place at the site of the original F-35 elephant walk at Hill AFB. The exercise saw a total of 52 F-35As taxi and takeoff in rapid succession in a truly impressive display of military airpower.

The Air Force’s use of so many F-35s in a single exercise may be indicative of continuing reduction in the aircraft’s maintenance and operating costs, which contractor Lockheed Martin has been taking steps to reduce. But it also clearly demonstrates the United States’ unrivaled ability to operate fifth-generation aircraft. While aircraft such as the F-35 are appearing in larger numbers in the air services of a number of militaries, and even as countries such as China are fielding their own advanced aircraft, at present the United States remains alone in its ability to marshal this many fifth-generation aircraft. 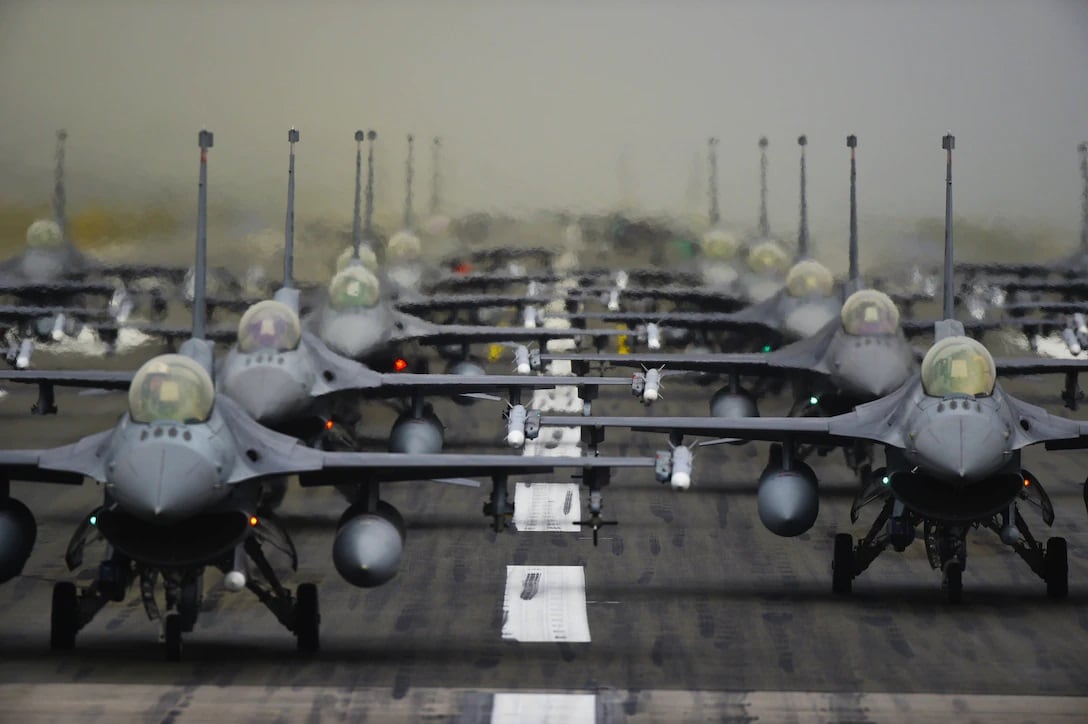