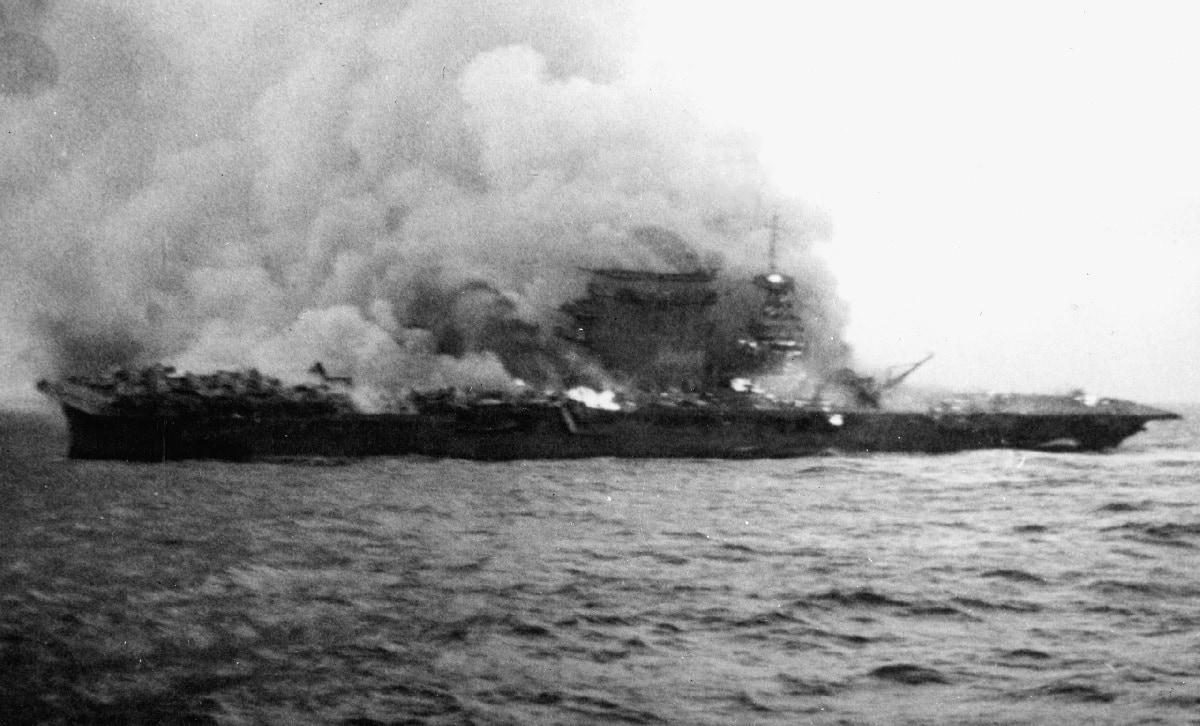 What if the aircraft carriers of the United States Navy had been present at Pearl Harbor on the morning of December 7, 1941?

The question has bedeviled historians since World War II, as the devastating attack left the most lethal warships of the U.S. Navy intact to fight off the oncoming Japanese offensive. What if some, or all, of the aircraft carriers of the Pacific Fleet had been at Pearl during the attack? What impact would the sinking of those critical ships have had on the rest of the war?

At the beginning of 1941, the United States operated four aircraft carriers in the Pacific; USS Lexington, USS Saratoga, USS Enterprise and USS Yorktown. USS Wasp and USS Ranger served in the Atlantic for the entire year. USS Hornet entered service in October 1941, but remained in the Atlantic working up until early 1942. Worries about impending war reduced the active carrier strength of the U.S. Navy in the Pacific over the course of the year. USS Saratoga entered refit in January 1941 and would remain in Bremerton until late November. She would not return to Pearl until mid-December, after picking up her airgroup in San Diego. Because of growing concerns about war with Germany, USS Yorktown left Pearl Harbor in April with a large task force. She would remain in the Atlantic until after the beginning of the war.

Consequently, the only two carriers actually available for service in the Pacific were Lexington and Enterprise, both of which were operating out of Pearl in late November. Unfortunately for the Japanese, they were considered among the most useful vessels in the fleet, and consequently were often at sea.

The presence of carriers at Pearl was a function of Washington’s anticipation of war. Higher war tensions produced more missions, which made it less likely that the Imperial Japanese Navy could catch one or more of the carriers in the attack. As war loomed, the U.S. Navy used its carriers to stiffen its defensive perimeter. USS Enterprise left Pearl on November 28 to ferry aircraft to Wake Island, part of the general strategy for reinforcing U.S. defenses across the Pacific. She returned to Pearl on the evening of the attack, returning to sea shortly thereafter to pursue the Japanese strike force. USS Lexington departed Pearl on December 5 on a similar mission to Midway. She returned to Pearl on December 13, after spending some time hunting the Japanese strike force.

This dynamic was a largely unavoidable consequence of Japan’s approach. The longer the Japanese waited, the more prepared the Americans would become. At the same time, the Imperial Japanese Navy needed time to hone the lethality of Kido Butai, its carrier arm, and maximize the destruction at Pearl. Given the lead time between ordering and launching the attack, it was not possible to synchronize the plan around the presence of the carriers. The Japanese strike force sailed on November 26, two days before Enterprise left Pearl.

The Impact of Luck

Escaping the Japanese carriers wasn’t entirely luck, but luck was certainly involved. If either Lexington or Enterprise had been in Pearl Harbor at the time of the attack, they would have received a great deal of Japanese attention. Admiral Nagumo and the rest of Kido Butai appreciated the value of the carriers and would have focused their attention on destroying them. If the Japanese had been lucky enough to catch both carriers, Nagumo might well have decided to launch a second, devastating attack against the remaining U.S. ships at Pearl. It is even conceivable that, if the Japanese had waited two more weeks, they might have caught USS Saratoga. But again, it was extremely difficult for the Japanese to successfully predict which ships would be available for targeting at any given time.

Course of the War

On the longer time-table, the loss of one, two, or even three carriers would have hamstrung U.S. operations early in the war, from the very early retaliatory raids against Japanese-held islands in the first months of World War II, to the battles of Coral Sea, Midway and Guadalcanal. The U.S. Navy could have compensated by more rapidly transferring its Atlantic fleet carriers to the Pacific. These included USS Wasp and USS Ranger, both smaller and more vulnerable than the carriers that actually fought in the Pacific. Ranger, several knots slower than the other carriers, would have been at a distinct disadvantage and was in fact never transferred to the Pacific, despite the devastating losses of 1942.

But there were limits on Japan’s ability to expand. The Japanese lacked the resources and logistical capabilities to strike at the core of American power, and probably could not have taken or held either Hawaii or any significant portion of Australia. They could not replace ships lost to submarine and other kinds of attack. And they fundamentally had no answer for the submarine campaign that would eventually tear the guts out of the Japanese industrial economy.

In the end, it is unlikely that the destruction of two carriers at Pearl would have turned the tide of war. The massive fleet of carriers that the United States built by 1944 would have overwhelmed the prewar Imperial Japanese Navy, even without the losses at Coral Sea, Midway and Guadalcanal. U.S. superiority in training and in aircraft would have ground the Japanese down, slowly but surely. The United States might have been somewhat less likely to accept a “Germany First” strategy, but even then the major offensives of the second half of the war required ships that the United States wouldn’t commission until 1943 and later.

Robert Farley is the author of The Battleship Book. He serves as a senior lecturer at the Patterson School of Diplomacy and International Commerce at the University of Kentucky. His work includes military doctrine, national security and maritime affairs. He blogs at Lawyers, Guns and Money, Information Dissemination and the Diplomat.