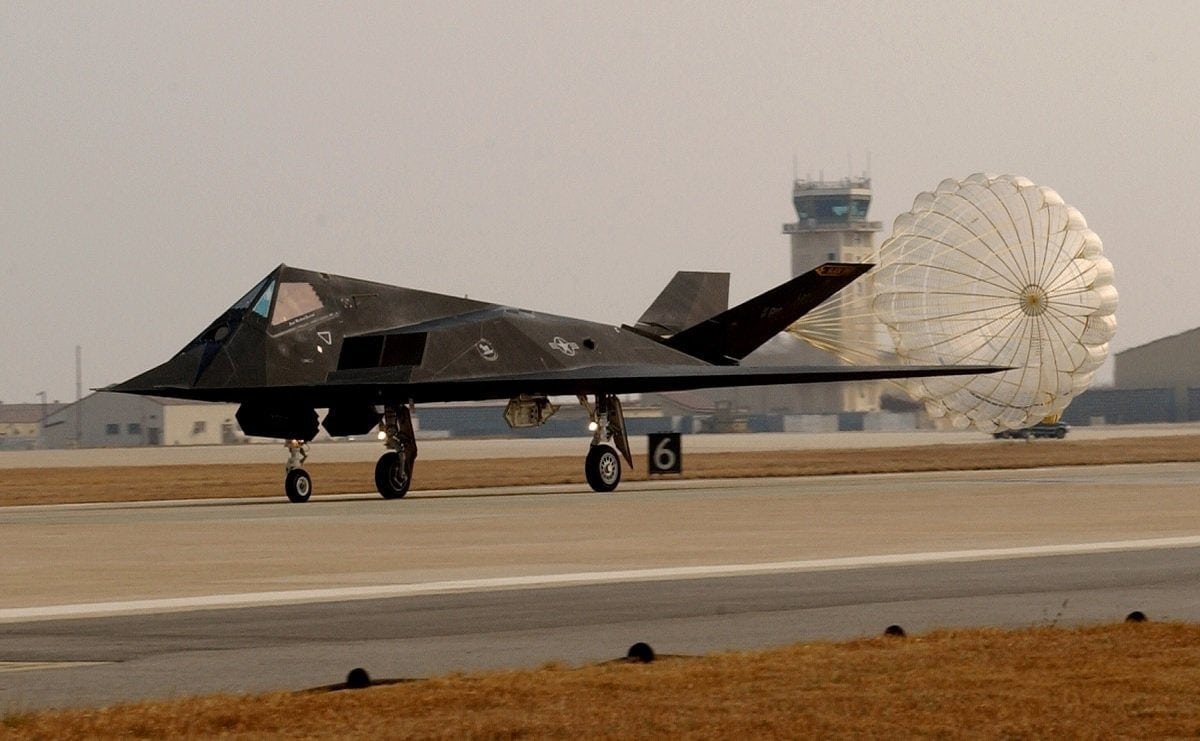 Rumors of the F-117 Nighthawk stealth fighter abounded, well before its first use in combat. After first seeing action in Operation Just Cause, the strike fighter delivered some of the first attacks of the war into the still-formidable teeth of Iraqi air defenses—well before the Iraqis could do anything about it. The F-117 went on to serve in several other conflicts, before retiring as other, more advanced stealth aircraft became available.

The F-117 pioneered the military concept of stealth. But what if it had never existed?

The F-117 emerged from several unrelated strategic and technological developments. On the strategic side, the U.S. air forces had determined during the Vietnam War that even fairly cheap surface-to-air missile systems could make conventional airstrikes prohibitively expensive. Systems such as the SA-2 made it necessary the deployment of large-scale strike packages capable of blasting their way through defenses. Even then, U.S. strikes endured unacceptable losses, necessitating a different approach.

At the same time, aeronautical research determined that reducing radar-cross section (making interception more difficult) was conceivable, but that a “stealth” aircraft would have surfaces that made it extremely difficult to fly. Advances in computer-assisted flight, however, opened the possibility of resolving this problem. A related technological advance involved improved precision in bomb delivery, meaning that even with a relatively low payload the F-117 could cause significant damage to critical enemy targets.

Thus, in a super-secretive program, the U.S. Air Force developed the F-117 Nighthawk as a bomber (notwithstanding the F- designation) intended to strike with precision through Soviet air defenses against critical targets, disrupting the Red Army’s advance into Central Europe. The USAF did not reveal the existence of the plane until 1988, and first began to demonstrate it in 1990.

The F-117 was a remarkable experiment, in that it did not resemble any aircraft that any nation had previously attempted to build. Extant concepts of stealth required a multifaceted aircraft that did not have the kind of surfaces normally associated with stable flight. Unsurprisingly, early testing of the F-117 revealed a very unstable aircraft; the two earliest prototypes were lost in accidents. Fortunately, engineers worked out the core problems before the accidents could kill the program.

Adding to this, Congress was only dimly aware of the existence of the stealth fighter project. In the 1970s and 1980s, in the wake of Vietnam, it was not at all unusual to find deep skepticism about military spending, and especially about the most secret parts of the national security state. While the F-117 benefitted from the Reagan-era defense buildup (although serious testing began in the Carter administration) a less congenial political environment might have made it difficult to justify continuing the program.

In practical terms, the US military would not have missed the F-117 all that much. The strikes it undertook, while important and consequential, could have been conducted by other aircraft with only a marginal increase in risk, or by Tomahawk cruise missiles. But if the death of the F-117 had led to the death of the stealth concept, it would have fundamentally transformed the nature of the U.S. military aerospace industry over the past forty years. Stealth has been an overwhelmingly important component to the major military aviation projects of the last forty years, including the F-22, the F-35, the B-2 and the B-21.

The Nighthawk remains an odd duck. Designated a fighter, it has no air-to-air combat capabilities. It paved a path for other stealth aircraft, but its children did not resemble it in the most important particulars. Its most famous moment came at the hands of the Serbian air defense network, when an enterprising group of officers laid a trap and managed to down one of the aircraft. Nevertheless, the F-117 was one of the most consequential aircraft for the future of military aviation, demonstrating the essential viability of stealth aircraft under conditions that the United States could reliably replicate. Its absence might well have left a large hole in U.S. aerospace strategy for the twenty-first century.

Robert Farley is the author of The Battleship Book. He serves as a senior lecturer at the Patterson School of Diplomacy and International Commerce at the University of Kentucky. His work includes military doctrine, national security, and maritime affairs. He blogs at Lawyers, Guns and Money and Information Dissemination and the Diplomat.