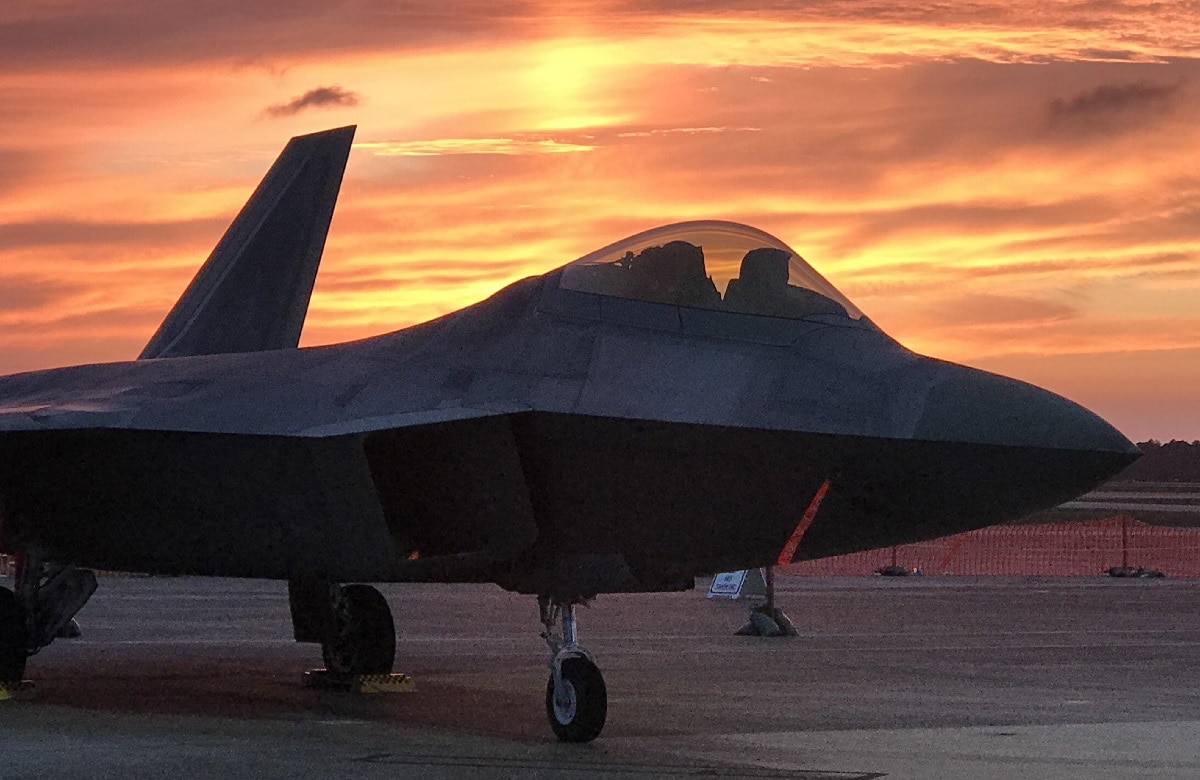 The F-22 has been the world’s most formidable air superiority fighter since it first entered service in 2005. Although the Raptor has yet to kill a target in anger, aviation specialists almost unanimously agree that it can outclass any opponent, foreign or domestic. The only hard limitation on its ability to kill appears to be the number of missiles that it can carry.

But what if the F-22 had never been? Like all advanced technological systems, the Raptor has suffered from hiccups; in 2009 these hiccups were severe enough to excuse the ending of the production line. What if those hiccups had been more severe, or if the United States had decided earlier that the Raptor simply wasn’t in its strategic interest?

The Air Force appreciated that the Soviet Union could catch up with the F-15 and F-16, the formidable air superiority pairing developed in the 1970s. In the early 1980s, it began to pursue the Advanced Tactical Fighter program, geared towards producing a revolutionary air superiority platform that would include stealth, as well as a wealth of blooming technological advances. Two teams made it to the prototype stage, producing the YF-22 and the YF-23. The YF-22 won the competition, and went into production and testing in 1997. The Raptor first entering service in late 2005, and immediately began dominating warfighting exercises.

But the problems faced by the F-22 were immense. Any innovative new aircraft faces delays and cost overruns associated with managing new technologies. The F-22, however, ran into one of the most comprehensive military technological shifts since the dawn of the jet age; the digitization of warfare that ensued in the 1980s and the 1990s. This was over and above the “normal” problems associated with creating the world’s first supersonic stealth airframe.

The strategic situation complicated matters further. The end of the Cold War reduced the need for advanced air superiority aircraft, leading DoD to reduce the expected buy. The 750 became 648, which became 339, which became 277, which became 183. This represented a classic death spiral, in which development costs were divided between a smaller and smaller number of aircraft. This made the Raptor seem more expensive, even as the production process matured.

The U.S. response to September 11 further clouded the F-22’s prospects. Instead of facing off against peer competitors, the US military engaged itself in conflicts against significantly technologically inferior opponents, including insurgents who had no air forces to speak of. This made the spiraling expense of the F-22 unpalatable, even to many defense hawks, who could not identify any meaningful contribution that the Raptor could make to the current conflict. Moreover, the F-35 Joint Strike Fighter seemed to offer a cheaper, more modern alternative. In 2009, Secretary of Defense Robert Gates capped the overall production line at 187 (plus eight test aircraft) for all of these reasons.

The decision could have come sooner. The Joint Strike Fighter project began in 1992, and offered a more contemporary option for the US Department of Defense. The Wars of Yugoslav Disintegration demonstrated that the United States had presumptive air dominance over most foes, even without the F-22. And no peer competitor appeared, in the late 1990s, capable of challenging this dominance in the near term.

The immediate, obvious alternative to the F-22 Raptor was its competitor aircraft, the Northrop YF-23. In some ways a more innovative design, the F-23 was faster and stealthier than the Raptor, and many have argued that the USAF made the wrong choice. At the time, though, the Air Force believed the F-23 was too risky, and that the Raptor represented the safe choice. The competition was not foreordained, however, and if the F-22 had not won then the F-23 probably would have; competitions of this sort very, very rarely result in the dismissal of both choices. Of course, the F-23 would have run into its own development problems along the way, just as the United States became embroiled in Iraq and Afghanistan, and might have been cancelled for the same reasons.

Alternatively, the Air Force could have simply waited for the F-35 to arrive. Although the F-35 was always understood to be a less formidable air superiority platform to the Raptor, it was also expected to be cheaper, in some sense was the aviation equivalent of a “digital native,” a person who grew up during the internet age and who incorporated the basic structures of the digital age into their day-to-day existence. Sensor fusion, networked communications, and a modular software build are intrinsic to the F-35 in a way that are not to the F-22, and it’s hardly impossible to imagine DoD simply giving up on the latter to await the former. Indeed, this was part of Secretary of Defense Robert Gates reasoning for capping the F-22 buy at 187 units.

Finally, the Air Force could have continued to pursue improvements to its legacy fleet. Boeing has demonstrated that the F-15 design still has some life in it, having proposed both a stealthy version and a “missile truck” version. The IDF Air Force has doubled down on the F-15, supplemented but not replaced by F-35s, and it is hard to argue that the Israelis don’t value air superiority. Similarly, even before Russia gave up on the Su-57, it invested heavily in improving legacy platforms, especially the Su-27 family of fighters.

The most difficult question associated with the Raptor may be this: Would anyone ever really have missed the F-22 if it had not existed? In an important sense the answer is “no,” at least thus far. The F-22 has enjoyed the unusual distinction of holding an almost universally acknowledged dominance in the core air superiority mission for over a decade, and yet has not participated in a consequential way in any military conflict. It is the world’s best boxer, and yet can find no one to fight. This may change, of course; the international system is unpredictable, and the window of the Raptor’s dominance does not appear to be closing. And indeed, as the United States increasingly shifts its attention to peer competitor conflicts, voices emerge calling for a restart of the Raptor line. Though there is undoubtedly something sad about such a dominant aircraft never finding a way to make a contribution.