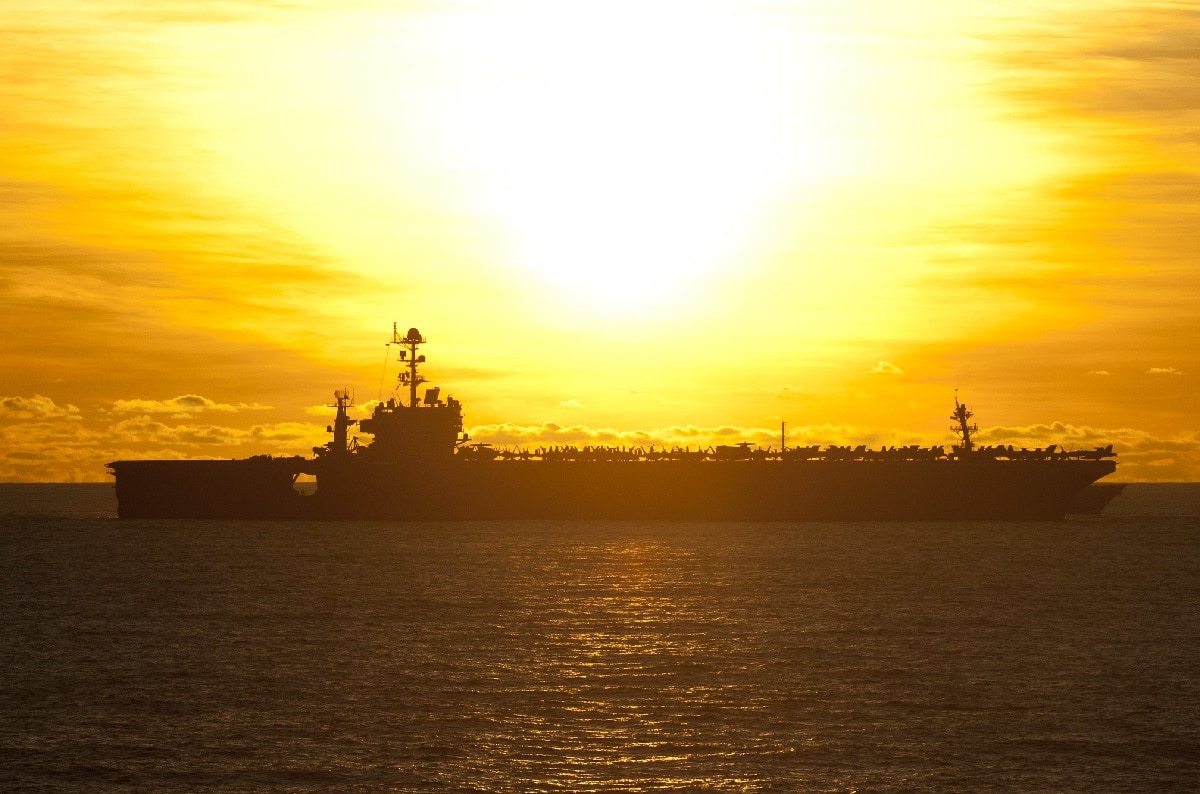 What if the U.S. Navy’s main base in Norfolk, Virginia sinks?

It could happen. And it’s not an isolated problem, as climate change alters coastlines all over the world.

A report from the American Security Project years back identifies Naval Station Norfolk as America’s fifth most endangered military base. The report also lists Eglin in Florida, Diego Garcia, Bahrain and Guam as being particularly vulnerable to climate change.

If accompanied by the melting of Arctic ice and rising sea levels, climate change could dramatically affect how the Navy does its job. Global warming has the potential to open up new areas for patrol, but it also puts littoral populations at risk of humanitarian disaster.

Littoral populations including the Navy’s own people.

No American naval installation is more important than Naval Station Norfolk, the largest naval base in the world. Norfolk services the Navy’s largest carriers and amphibious warships and also functions as a major naval air center. The loss of Norfolk or—just as important—the loss of the workforce’s homes, would have devastating consequences.

In addition to a general rise in sea levels, climate change could create much more powerful storms. One from the Army Corps of Engineers study suggested that such storms could devastate Norfolk.

The problem extends beyond the base itself. Residents of Norfolk have grown extremely concerned about the prospects of sea level rise—and especially of increased flooding. Since 2000, flooding has intensified dramatically, and most climate models suggest that the trend will continue. By 2100, flood levels could increase by five feet or more.

The Army Corps of Engineers study examined the extent to which Norfolk needed the broader civilian infrastructure—and how vulnerable that infrastructure would become to storm and flood damage in context of higher sea levels. In short, severe flooding would badly damage the infrastructure upon which Naval Station Norfolk depends.

The United States has lost bases to natural disasters before. Hurricanes badly damaged Homestead and Keesler Air Force Bases in 1992 and 2005, respectively. The eruption of Mt. Pinatubo in 1991 wiped out Clark Air Base, accelerating a major reduction of the U.S. military presence in The Philippines for more than two decades.

The Navy and the federal government have options for preventing damage to Norfolk, and for keeping the facility open even under serious climate-change scenarios. For one, the Navy could cease construction on particularly vulnerable infrastructure and alter its building plans.

The sailing branch could begin contingency planning in the event a major storm renders the base completely unusable. Finally, the government could protect civilian infrastructure with a system of barriers, levees and flood gates.

Rising sea levels and more powerful storms will threaten every navy in the world. The United States will suffer more than most because of the scale of its naval infrastructure. We simply have more to lose.

The combination of climate change and defense austerity makes the United States particularly vulnerable, as it could become difficult to protect current assets and replace destroyed ones.

It hardly helps that climate change preparedness remains controversial. In 2012, the House Armed Services Committee threatened to undercut the Green Fleet project by prohibiting the Navy from purchasing alternative fuels at higher prices than traditional ones. The House is unlikely to want to spend enormous sums preparing Naval Station Norfolk for rising sea levels.

But of course, mitigation can only go so far. The Navy can’t realistically prepare for the most devastating storms that Norfolk might suffer in the future, and the shift of resources to any other base will just redistribute and delay the problem.

Any solution to the broader threat of climate change needs to involve the whole of government, not just the Navy.