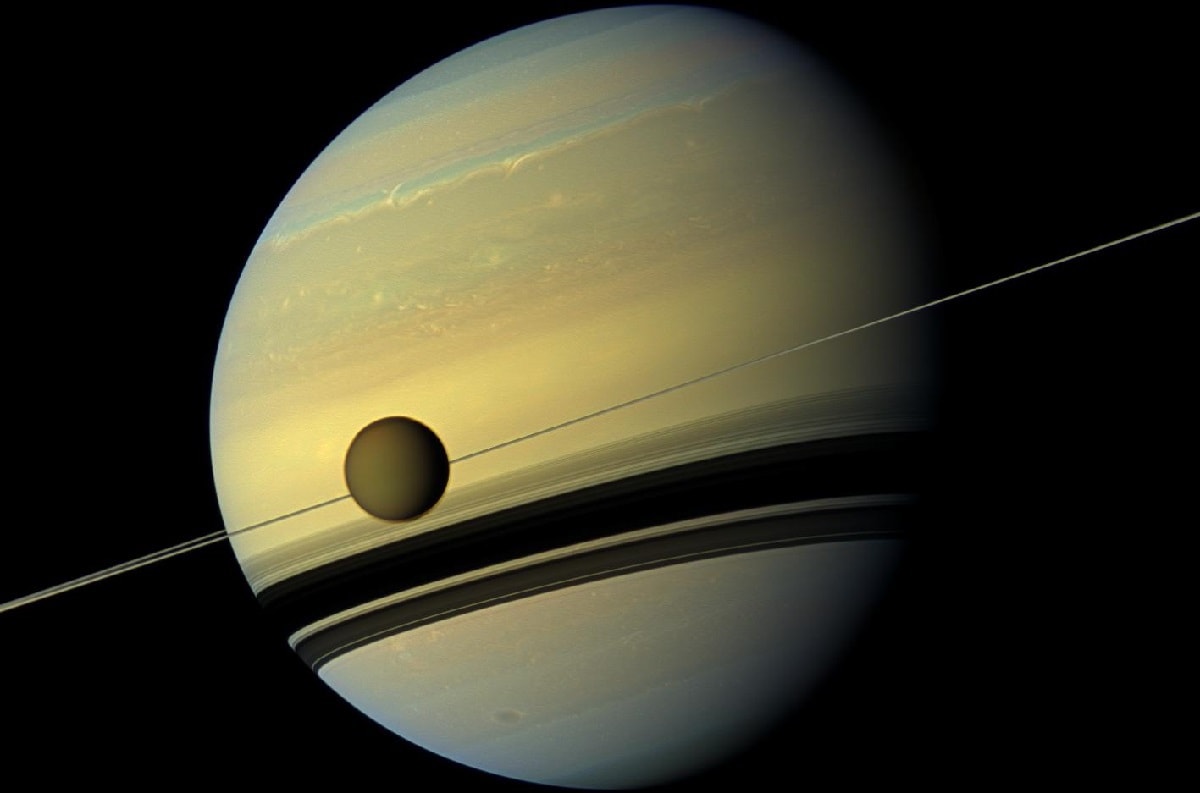 After years of peering out at thousands of exoplanets in our universe, we earthlings still lack any real evidence that life exists outside our blue planet.

But if astronomers also focused their attention on the moons of our solar system instead of only planets, then the chance of finding life should naturally rise. Know that in recent years, there’s already plenty of solid evidence that some of the moons of Saturn and Jupiter could be perfect hosts for life—though maybe more of the primitive kind.

Topping the list for most astronomers is Saturn’s moon Enceladus, which just might have the right conditions to produce life. Known as the sixth largest of the ringed planet’s sixty-two confirmed moons, Enceladus features a large saltwater ocean hidden beneath its icy surface.

Yes, there are still no detectable signs of life yet, but scientists are still very intrigued because there is a presence of liquid water and organic molecules—two chief ingredients that could support life. These organic compounds are believed to originate in the moon’s core, and then flow into the subsurface ocean via hydrothermal vents, before shooting out through the crust’s cracks.

“Multiple discoveries have increased our understanding of Enceladus, including the plume venting from its south pole; hydrocarbons in the plume; a global, salty ocean and hydrothermal vents on the seafloor. They all point to the possibility of a habitable ocean world well beyond Earth’s habitable zone. Planetary scientists now have Enceladus to consider as a possible habitat for life,” she added.

Another strong candidate is Saturn’s largest moon Titan. It is the only world in the solar system—other than Earth—that is known to have liquid lakes. These lakes, though, aren’t from ordinary water—they are reservoirs of ethane and methane or liquid natural gas.

Moving on to Jupiter, Europa, the sixth-largest moon in the solar system, could possess saltwater oceans beneath its ten-mile-thick icy surface. In fact, some estimates have Europa boasting more liquid water than all of Earth’s oceans combined. The moon is also believed to have an internal energy source from radioactive decay, which has led to the theory that life could exist in conditions that are similar to what is seen near Earth’s deep-sea hydrothermal vents.

Take note that two other interesting moons of Jupiter—Ganymede and Callisto—might also feature subsurface liquid oceans, which are sandwiched between low-pressure surface ice and high-pressure ice phases deep in their interiors.

Ganymede, however, appears to be more promising as it has an intrinsic magnetic field that is likely generated in a molten iron core.

In this article:Aliens, Life in Solar System, Life on Moons, Moons, Space, Titan