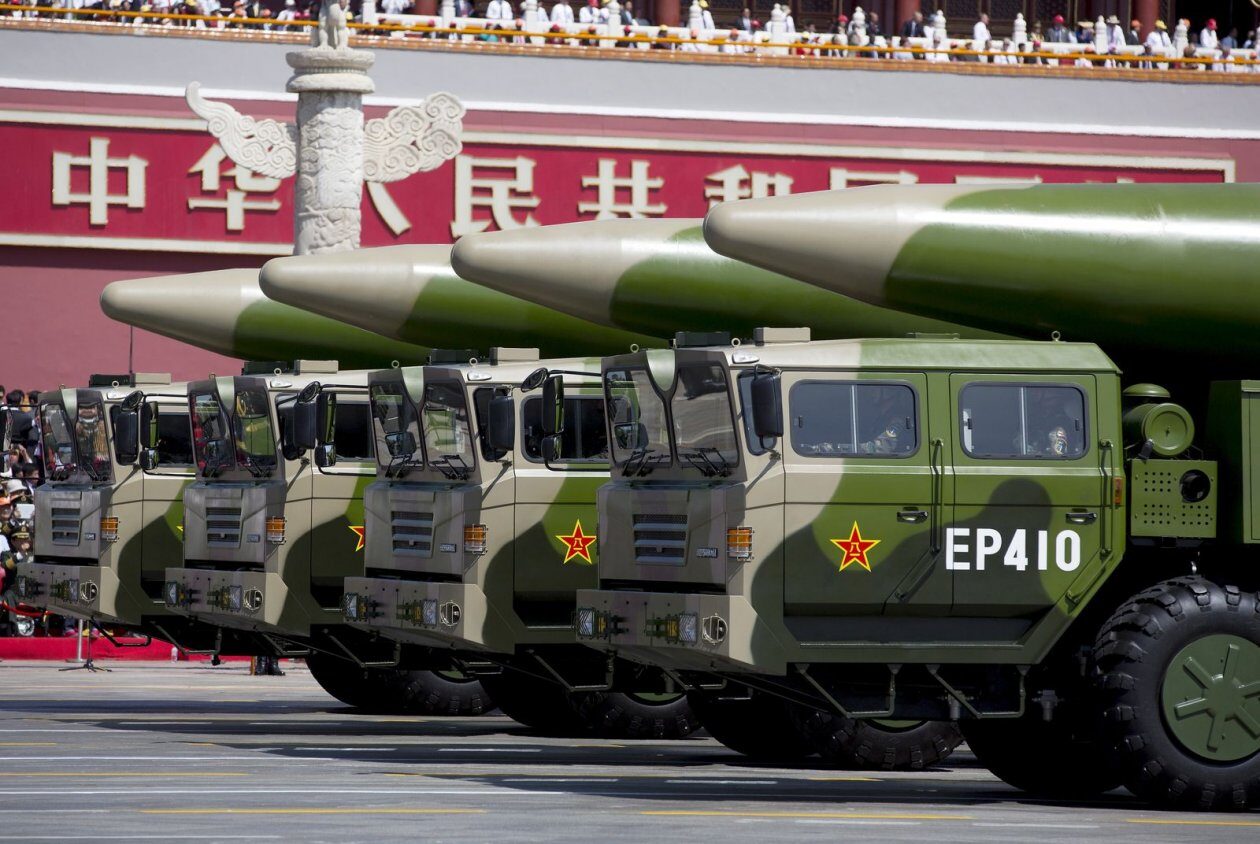 A new report by the Federation of American Scientists (FAS) shows that China appears to be constructing a new nuclear missile silo field in the Western part of the country. This revelation follows a report earlier this month about a similar field of newly under-construction nuclear missile silos. Taken together, the construction of the new missile silos represents a very significant increase in China’s strategic nuclear capabilities, and comes amid increasing tension and intensifying military competition between China and the United States. China’s decision to expand its nuclear force structure could signal a change in the country’s long held nuclear strategy aimed at providing a “minimal” level of deterrence.

Using satellite imagery, the FAS report reveals what appears to be a new nuclear missile silo field under construction roughly 380 kilometers (240 miles) from the city of Hami in China’s Eastern Xinjiang Province. Construction of the field is believed to have begun in March and has since continued at a rapid pace, with dome shelters now having been erected over 14 missile silos and preparations underway for the construction of at least another 19 silos. An analysis of the entire site suggests that the field could eventually consist of as many as 110 nuclear missile silos.

Commercial satellite imagery last month revealed that China had also begun construction of as many as 119 new nuclear missile silos at a desert site near the northwestern city of Yumen. Construction of the field new Yumen appears to be more advanced than the work on the Hami site, with construction and organization of the missile silos similar at both sites. Both the Yumen and Hami missile silo fields span an area of roughly 800 square kilometers.

The U.S. Department of Defense has for months been sounding the alarm regarding China’s expanding nuclear weapons capabilities. DOD’s 2020 annual report to Congress on the Chinese military estimated that China’s operational nuclear warhead stockpile was somewhere in the low 200s. During testimony before Congress in April Admiral Charles Richard, the commander of U.S. Strategic Command, warned that China was undertaking an “unprecedented expansion” of its nuclear forces and that the country’s nuclear weapons stockpile could double by the end of the decade.

Some have speculated that China’s nuclear buildup is evidence that the country is moving away from its long-held nuclear strategy of “minimum deterrence,” under which China operates a “lean and effective” nuclear force aimed only at deterring a nuclear attack and preventing nuclear coercion. Such a significant buildup of its nuclear arsenal might suggest that China is adopting a more expansive view regarding the utility of nuclear weapons.

Perhaps more likely, however, is that the buildup reflects changing Chinese assessments about what constitutes a “minimum” level of force needed to provide effective deterrence. As mentioned, China’s nuclear arsenal is dwarfed by that of the United States, and China may have felt that it needed to increase the overall size of its nuclear forces in order to ensure that it retained a credible second-strike capability as a means to deter a nuclear attack.