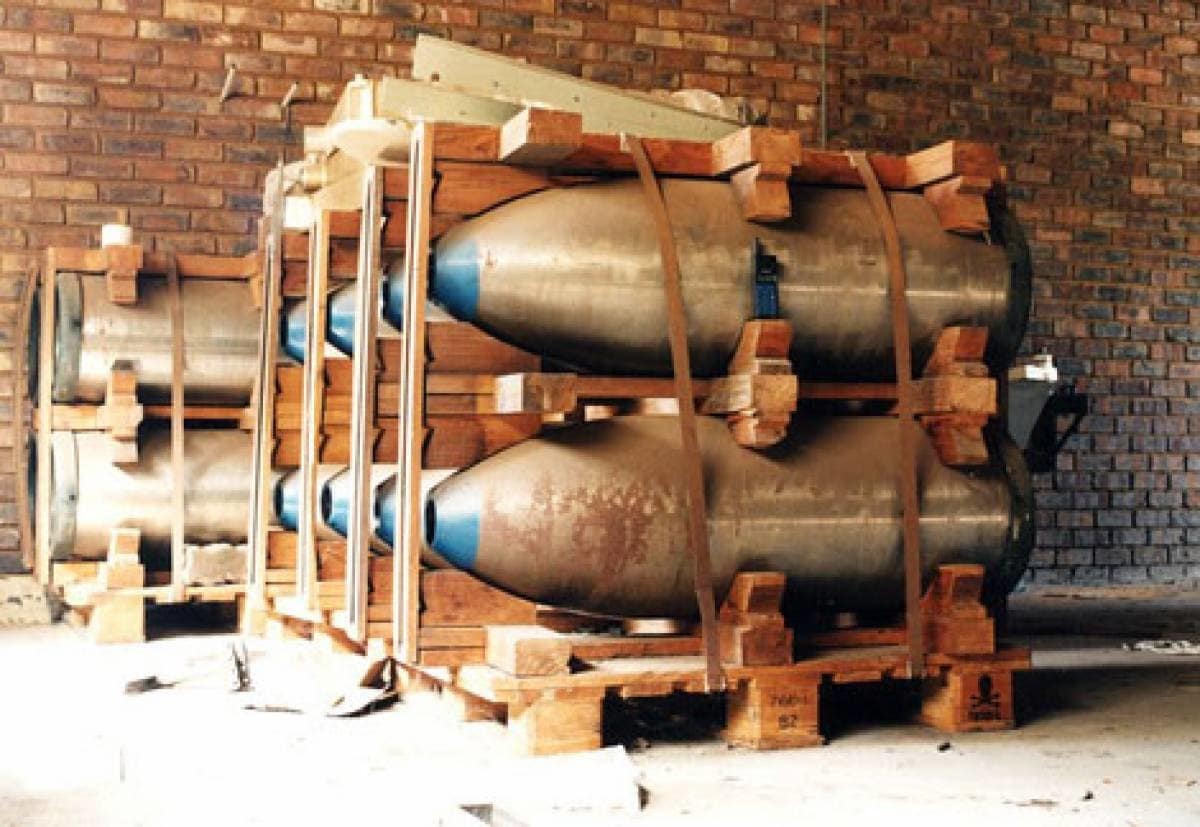 Why did South Africa decide to build nukes, how did it build them and why did it decide to give them up? The answers are largely idiosyncratic, although they may hold some lessons for the future of nuclear weapons development on the Korean Peninsula and elsewhere.

South Africa sought nuclear weapons for familiar reasons. Although it enjoyed presumptive conventional dominance over any likely regional opponent, Pretoria worried that the advantage might erode over time. The South African government also appreciated that widespread disdain for its apartheid system might prevent Western countries (including the United States) from coming to its aid in any serious confrontation against the Soviet Union or its allies. Nuclear weapons would provide not only a direct way of confronting a military attack against South Africa, but also a means of leveraging Western diplomatic and military support during a crisis.

South Africa could mine the requisite uranium on its own territory, and enrich it in domestic facilities. With a modern industrial economy and access to technologically sophisticated institutions of learning and research in the United States and Europe, South Africa could easily develop the technical expertise needed to build a weapon. Already the target of harsh international disdain for its domestic institutions, the South African government did not worry overmuch about how the pursuit of nuclear weapons might make it into an international pariah.

Overall, South Africa constructed six uranium gun fission weapons (similar in nature to the Little Boy weapon dropped on Hiroshima). The devices were too large to fit onto any existing South African missiles, and consequently would have been delivered by bombers such as the English Electric Canberra or the Blackburn Buccaneer. South Africa explored the possibility of building or acquiring ballistic missiles capable of carrying nuclear weapons, although this would have required a substantial upgrade of the devices themselves. No full test of the devices has ever been confirmed, as heavy pressure from the United States, the Soviet Union and France helped force Pretoria to cancel an underground detonation in 1977.

Rumors of foreign assistance for the South African nuclear program have circulated for years. As a general rule, states do not openly discuss their contributions to nuclear proliferation. In the case of South Africa, the nature of the regime made the idea of open assistance even more poisonous.

Allegations of Israeli support for the South African program have circulated for years. In the Cold War, Taiwan, Israel and South Africa constituted the Axis of Outcasts, countries anathema to large parts of the diplomatic community. Israel most likely supplied some technology associated with South Africa’s ballistic missile program, although the mating of these missiles with nuclear devices never reached fruition. Israel and South Africa also exchanged some basic material components of nuclear devices, although not the devices themselves. Because of continuing secrecy, the degree of technical cooperation between the two states may never be known, but the South African nuclear devices were generally dissimilar to those believed to be in the Israeli arsenal.

The general reduction of tensions associated with the end of the Cold War reduced South Africa’s need for an independent nuclear deterrent. States like Angola could no longer count on the Soviet Union and Cuba for support, and consequently could not pose a real conventional military threat to South Africa. At the same time, Pretoria made key diplomatic concessions that reduced tensions in the region, including granting the independence of Namibia.

At the same time, the National Party began negotiations with the African National Congress to end apartheid rule. The prospect of a South African government led by the ANC possessing nuclear weapons may also have given the apartheid regime some pause; FW De Klerk denies this, but there are surely reasons to doubt that the security apparatus of the National Party shared his reasoning. As it turned out, the ANC had little-to-no interest in paying the diplomatic and military costs of maintaining a nuclear deterrent that deterred, in effect, no one. By 1994 all of South Africa’s nuclear devices had been disassembled.

Apart from the Soviet successor states, which had only very limited control over the nuclear arsenals left on their soil, South Africa is the only country to develop, then renounce, nuclear weapons. Some arms control advocates have pointed to South Africa as a potential model for further nuclear disarmament.

But the case of South Africa is deeply idiosyncratic. The core national security threats to the state disappeared simultaneous to a change in the nature of the regime, making large-scale shifts in national security policy much easier than they otherwise would have been. These conditions are unlikely to be replicated in many situations involving nuclear-armed powers.

The best we can say is that something similar could happen on the Korean Peninsula, if the North Korean regime finally collapsed and its weapons became the property of the Seoul government. In this case, regime change and a dramatic change in the threat environment might well allow the Republic of Korea to abandon the North’s nuclear program, and disassemble the remaining weapons.

But at the moment the idea of a North Korean collapse seems an increasingly distant (if still appealing) prospect. Moreover, while Seoul would undoubtedly come under immense pressure from Beijing, Washington and Tokyo to renounce and disassemble the nuclear program, the new security environment of Northeast Asia would not necessarily favor such a move.

The region and the world are undoubtedly safer because of the decisions made in the 1990s to relinquish South Africa’s nuclear program. Moreover, the dismantling of the relatively small program provided a template for how other nuclear powers could think about eliminating their own programs. However, with the exception of the Soviet successor states (which faced dramatically different constraints) no other states have yet taken up South Africa’s example. With the apparent increase in global tensions over the past few years, it seems unlikely that anyone will join South Africa in the post-nuclear club anytime soon.

Robert Farley is the author of The Battleship Book.