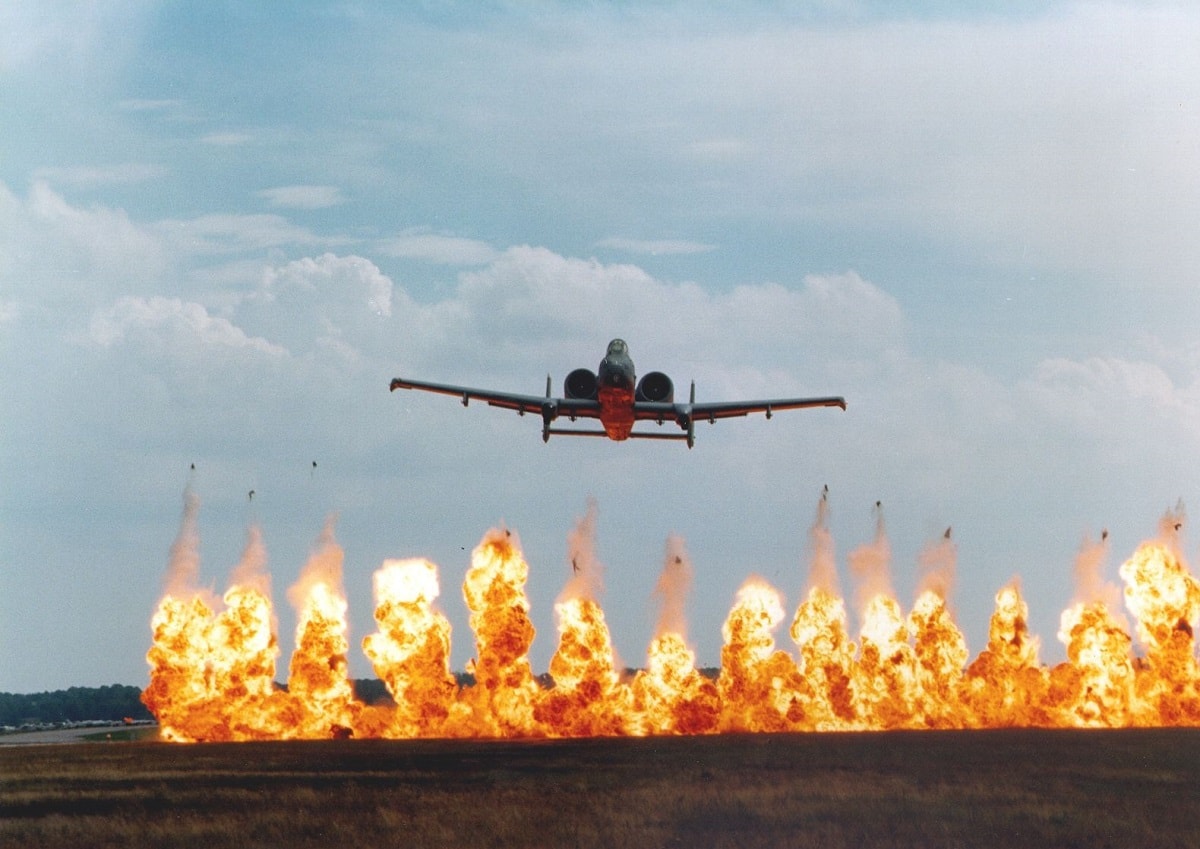 The A-10 “Warthog” is one of the enduring symbols of the American involvement in Iraq and Afghanistan for troops on the ground. The straight-winged, slow, heavily armored aircraft is beloved by many soldiers and marines for its long loiter times and ability to deliver devastating cannon fire from above.

However, the aircraft most soldiers and marines are familiar with is a far cry from the original A-10s, and even the A-10s used during Operation Desert Storm and the initial 2003 invasion. The A-10C upgrade, initiated in 2005 totally redesigns the cockpit of the A-10 and gave it far better capability to work with precision-guided munitions. But how do the original A-10s compare with the A-10C?

When the designs that lead to the A-10 were being considered under the Attack-Experimental (A-X) program, heavy cannons were considered to be the only reliable way to kill tanks from an aircraft. Unguided bombs were considered to be too inaccurate against moving tanks, and the AGM-65 Maverick missile and various other laser and optically guided bombs were in their infancy, only meant to be used against large static targets like bridges.

The USAF also saw the success of the Israelis during the 1967 war in penetrating Soviet tanks with their thirty-millimeter cannons when attacking from rear and side aspects. As a result, the A-10 was built around the gun.

But this also had implications for the weapons and avionics fit of the A-10. Compared to bigger and faster aircraft like the F-111 and even European CAS aircraft like the SEPECAT Jaguar, the A-10 was fitted with a relatively rudimentary targeting and engagement equipment, as it was expected to use its gun and unguided bombs and rockets to get the job done.

The primary “sensor” on most A-10s was the AN/AAS-35(V) “Pave Penny” laser spot tracker, a simple sensor that simply picked up lasers from ground units and displayed the position of them on the heads up display (HUD) of the A-10, so the pilot could engage them with cannons and other unguided ordnance. While the AGM-65 was eventually integrated onto the A-10, pilots would use the seeker of the missile itself to scan for and lock onto targets, instead of using a separate targeting pod.

The A-10 did receive an upgrade in the 1980s that allowed it to use unguided munitions even more effectively. The Low-Altitude Safety and Targeting Enhancement (LASTE) added the ability to use an adjusted crosshair that took into account various environmental factors to drop bombs. This gave pilots the ability to drop bombs with far more accuracy than they could with more traditional HUD.

A-10s in the LASTE configuration were the aircraft that made the plane famous during Operation Desert Storm. Using only the Pave Penny sensor and the seekers on their Mavericks, the A-10s racked up over nine hundred tank kills during the operation, flying alongside precision-guided munition capable F-15s and F-16s with LANTIRN targeting pods and F-111s with Pave Tack targeting pods.

While the A-10 would finally receive the ability to deliver precision munitions with targeting pod and multi-function display integration in the A-10C upgrade in 2005, it’s important to remember that the reputation of the aircraft was built on the original, relatively primitive configuration.

Some information about the A-10’s development was taken from Warthog by William L. Smallwood.