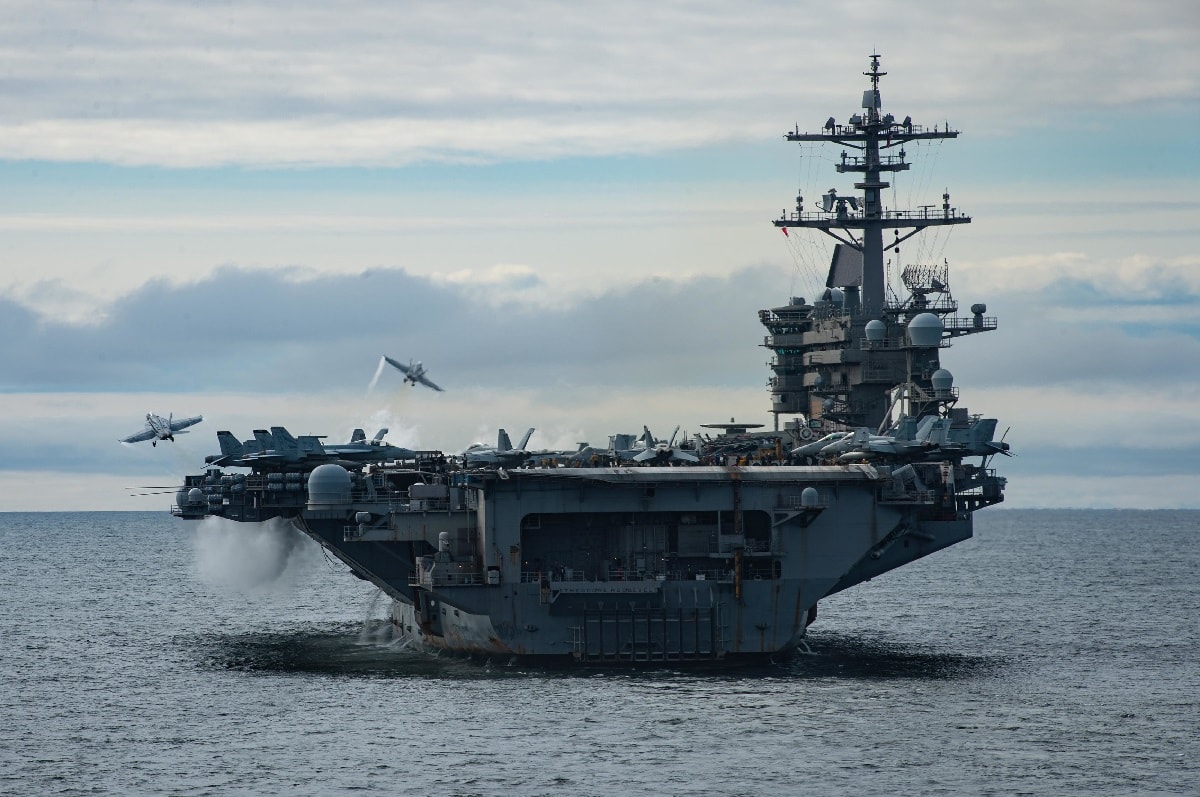 Over the past five-plus years, there is no question that tensions between the United States and China have been rapidly rising.

A major source of contention has been over the South and East China Seas, and China has hinted that it would not shy away from sinking U.S. Navy aircraft carriers if it is forced to.

In fact, Luo Yuan, deputy chief of the Chinese Academy of Military Sciences and a military commentator who backs China’s invasion of Taiwan, told an audience at a Chinese military-industrial conference on 2019 that China could mollify disputes in the South and East China Seas by destroying two U.S. aircraft carriers, which would likely kill roughly ten thousand Americans.

“What the United States fears the most is taking casualties,” he said. “We’ll see how frightened America is.”

Regarding Taiwan, Luo had previously contended that an invasion of Taiwan was necessary if the U.S. Navy uses the island as a strategic naval base.

“If the U.S. naval fleet dares to stop in Taiwan, it is time for the People’s Liberation Army (PLA) to deploy troops to promote national unity on the island,” he said.

In recent months, new reports out of the Asia-Pacific region are indicating that China is, in fact, busy preparing for a potential escalation of military activity in the Taiwan Strait. In March, ten PLA aircraft, including fighter jets and reconnaissance planes, flew sorties into Taiwan’s air defense identification zone, surrounding it on three sides.

One senior Taiwanese defense official was quoted as saying that the military exercise indeed featured an “offensive posture.”

The Chinese military was “continuing to increase its combat preparedness by making its routine exercises more complex and realistic and taking possible U.S. and Japanese interventions into consideration,” the Chinese government’s newspaper Global Times reported.

In yet another sign of escalation in the contested region, President Joe Biden’s administration in the spring brushed off a new warning from China that demanded that it adjust its policy toward Taiwan. China’s Foreign Minister Wang Yi has been quoted as saying that Washington needs to make genuine efforts to curtail what he termed the former President Donald Trump administration’s “dangerous practice” of overtly displaying support for Taiwan, adding that Beijing absolutely has “no room for compromise” on the matter.

“Their employment during a large-scale PLA exercise demonstrates the PLA’s focus on countering any potential third-party intervention during a regional crisis,” he added.