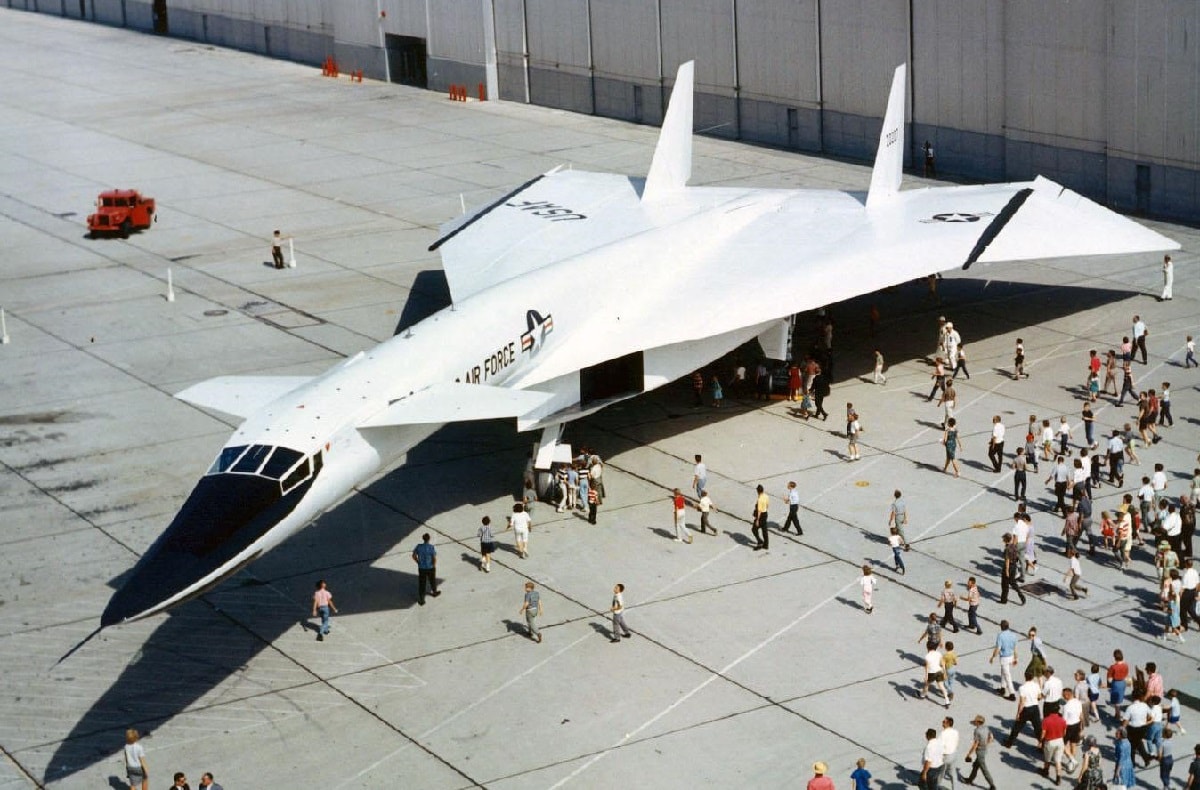 During the early years of the Cold War, the United States Air Force began to contemplate the future of its bomber fleet. The service envisioned a new long-range heavy bomber capable of operating at both high altitudes and speeds as a means to penetrate Soviet air defenses, and the result was the experimental XB-70 Valkyrie.

The Valkyrie, however, never entered into production, and the program was canceled as a result of concerns over both improvements in Soviet air defense capabilities as well as the future role of manned bomber aircraft. Two prototype XB-70s were built, however, and they would go on to serve as testbed aircraft for research into supersonic transport (SST) technology.

Starting in 1955, the United States Air Force began to research and developments efforts related to the development of a new long-range strategic bomber that would serve as a replacement for the Air Force’s fleet of B-52s. A design-phase competition for the Air Force Weapon System 110A contract was held between Boeing and North American Aviation, and in 1958 the North American Aviation design was chosen and the contract awarded to NAA. The Air Force’s requirements for the program included the development of a Mach 3, high-altitude, long-range bomber capable of carrying both nuclear and conventional munitions.

The XB-70 program, however, proved to be short-lived, and in 1961 the Kennedy administration canceled the program. The XB-70’s demise was largely a result of events beyond its control, including the realization that advances in Soviet air defense capabilities and the growing prominence of surface-to-air missile (SAM) weaponry was perhaps calling into question the efficacy of the use of bomber aircraft that would be increasingly vulnerable to these weapons. Indeed, one of the major precipitating events for the cancelation of the XB-70 program was the downing of an American U-2 spy plane by Soviet air defenses in 1960.

In addition, at the time of the XB-70 program’s cancelation, serious questions were being asked about the future of manned bomber flights, both because of improvements in air defense weaponry but also as a result of the emergence of intercontinental ballistic missiles (ICBMs) as an alternative delivery mechanism for strategic weaponry.

At the time of the program’s cancelation, two prototype XB-70s were in development with North American Aviation’s Los Angeles Division. The first of the two prototypes would fly for the first time in 1964, while XB-70A-2 would make its first flight the following year.

The prototype XB-70s demonstrated impressive design features that allowed the aircraft to operate at both high speeds and altitudes. The aircraft was designed in such a way as to allow it to ride its own shockwave in order to achieve high speeds using a technique referred to as “compression lift”. In order to allow the aircraft to cope with the extreme temperatures that could reach as high as 475 to 630 degrees Fahrenheit as a result of sustained aerodynamic pressure, manufacturer North American Aviation used titanium for nine percent of the aircraft’s construction and developed a new steel honeycomb sandwich skin that was made by using brazing as opposed to welding to join pieces of metal. As a result, the XB-70 prototypes were able to reach speeds of Mach 3 and altitudes of more than 70,000 feet.

There were some limitations inherent in the XB-70’s design, however, including a relative lack of maneuverability that may have left the Valkyrie vulnerable to interception. In addition, the XB-70’s construction, which made speeds of up to Mach 3 achievable, also resulted in a large radar cross-section that would have made the Valkyrie easier to detect by air defense radars.

While the XB-70 never entered into production, the two prototype Valkyries that were produced did manage to find a use. At the time the prototypes were under construction, interest in the development of supersonic transport (SST) technology was growing. Despite demonstrating some performance issues, the first Valkyrie prototype would be used to generate data related to SST technology development. The second prototype, which featured improved handling, would be the subject of a joint agreement between NASA and the Air Force that would see the aircraft used in research flights as part of SST development. Those plans never fully materialized, however, with the second Valkyrie colliding with another aircraft during a flight in 1966. The first XB-70 prototype would be modified and used in its place, and the Valkyrie flew research flights for NASA until 1969.

Had it been given the opportunity the XB-70 may have performed the mission it was designed for admirably, but unfortunately for the Valkyrie that mission for which it was designed was deemed to be obsolete. Interestingly enough, while the Valkyrie never entered into production, the aircraft that the XB-70 was intended to replace – the B52 series of bombers – remains in service with the U.S. Air Force today.