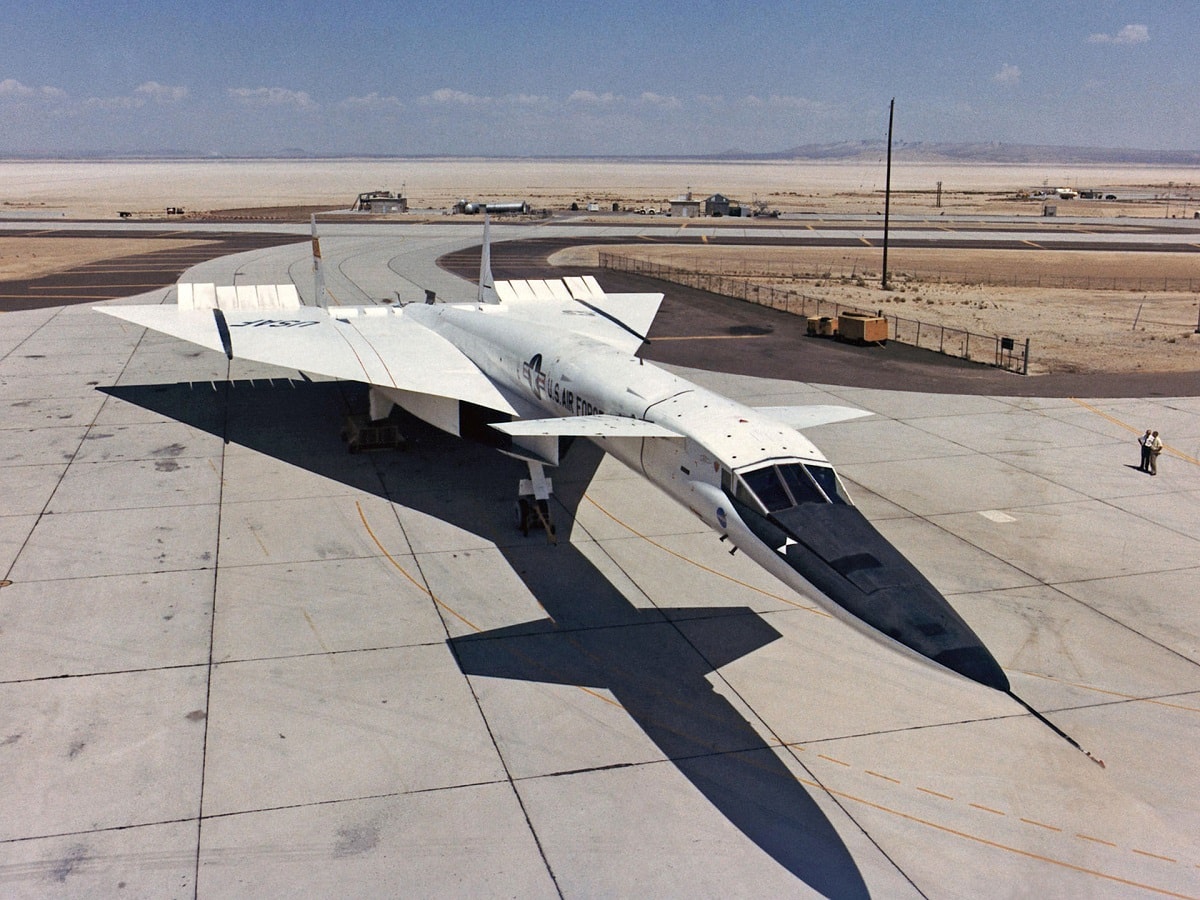 Today, one of the main criticisms of the Lockheed Martin F-35 Lightning II has been the rising costs of the platform, but a similar concern was noted with the North American XF-108 Rapier, a proposed long-range, high-speed interceptor that was designed in the late 1950s to confront and stop supersonic Soviet strategic bombers.

The aircraft was designed to reach speeds as high as Mach 3 (3,200 km/h; 2,000 mph), and in addition to defending the United States from attack, could have also served as an escort fighter for the B-70 “Valkyrie” bomber that was under development at the same time.

As a sword, a “rapier,” or “espada ropera,” was known for its slender two-edged blade – but the XF-108 initially featured a delta-wing design with a canard and three vertical stabilizers, later changed to a double-delta without the stabilizers or canard.

In its final configuration, the all-weather interceptor was sleek but not exactly what could be described as slender. It would likely have been extremely fast, as it was designed to be propelled by a pair of General Electric J93 afterburning turbojets, the same engines that were to be used in the XB-70 Valkyrie bomber.

A pilot and radar operator were to be seated in tandem in individual ejection capsules.

Straight to the Point

Along with its speed, the XF-108 Rapier could get straight to the point against airborne adversaries. It was designed to employ the then-new, yet large and complex air-to-air AN/ASG-18 radar system that was developed by Hughes – the first pulse-Doppler radar set. It was able to track only one target at a time, but was paired with an infra-red search and tracking (IRST) system on the wing leading edges.

It was equipped with four 20mm cannons and could carry three GAR-9 Falcon missiles (later renamed AIM-47s), which were mounted on a rotary launcher in the aircraft’s weapons bay. According to Defense Media Network, the GAR-9 missile was powered by a Lockheed storable liquid-propellant rocket motor that was capable of driving the warhead to hypersonic speeds of up to Mach 6 and to a range of 115 miles.

As The Drive reported, the missile launcher was designed to fit the relatively slim storage bay in the lower fuselage. It was noteworthy in that when the weapons bay door opened, it rotated to expose the missiles and as a result, the doors weren’t exposed to the airstream.

While the Rapier would have been a cutting edge interceptor for its time, costs were an issue – and just prior to its cancelation the price tag was noted to be around $4billion – roughly $36 billion today. The bigger issue was that the jet interceptor wasn’t needed as the Soviets gave priority to intercontinental ballistic missiles, and the bombers that the Soviet Union possessed lacked true intercontinental range.

The XF-108 was canceled before it really began, with just a single wooden mock-up produced. It was the last fighter designed by North American – the famous aircraft maker of such notable aircraft as the P-51 Mustang and F-86 Sabre. However, work on the Hughes radar was transferred to the Lockheed F-12 interceptor, which derivative of the SR-71 Blackbird.