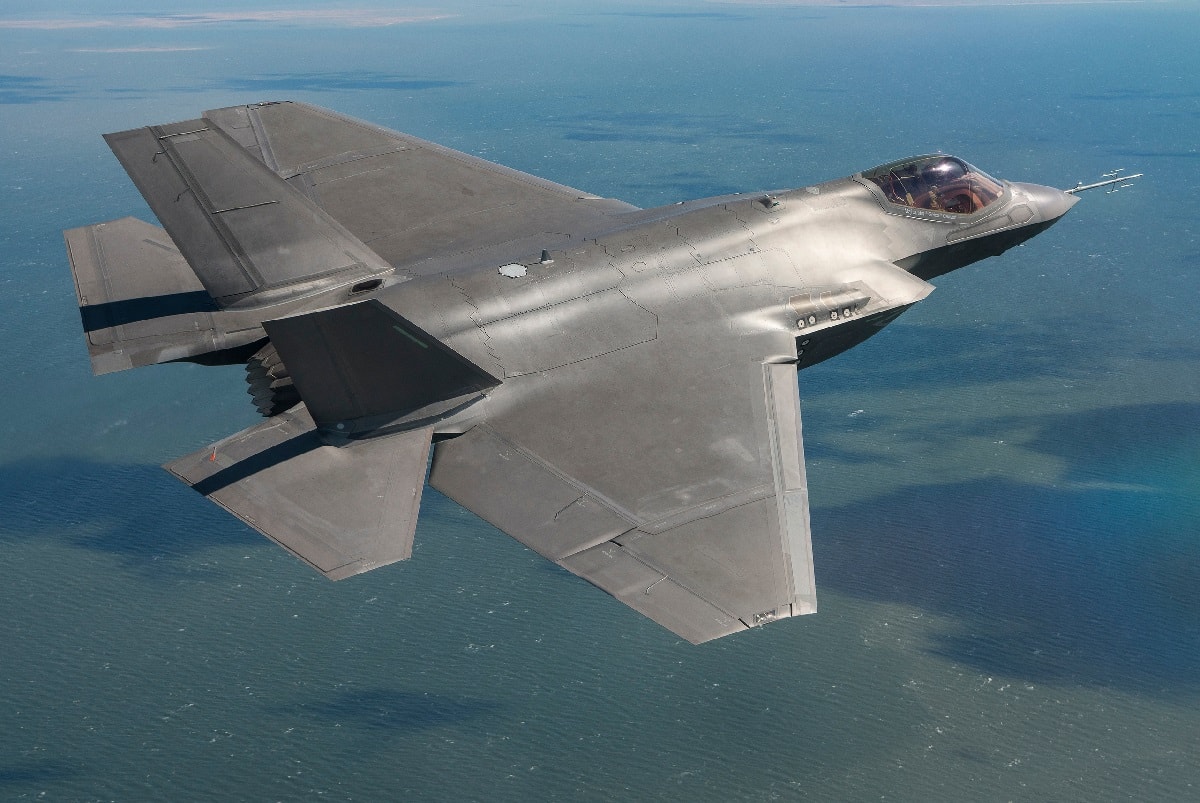 Chinese and American strategists, past and present, delight in invoking sporting metaphors to explain how they intend to do business. Sports talk commonly conjures up the image of two boxers squaring off in the Western Pacific. Defensive-minded pugilists circle warily, but neither relishes being the first to throw a haymaker. The bout may never happen if the contenders deter each other or see little point in a fistfight.

Look at China first. China’s People’s Liberation Army bases its strategy and operations on “active defense,” a concept fashioned by founding Chinese Communist Party (CCP) chairman Mao Zedong to help a Red Army that had been hounded to near-extinction come back from the brink and defeat Chiang Kai-shek’s Nationalists. Party chieftains declared in 2015, while spelling out “China’s Military Strategy” for foreign observers, that active defense constitutes “the essence of the [CCP’s] military strategic thought.” So, they add, has it remained since the inception of the People’s Republic of China in 1949.

Seventy-plus years of maintaining that strategy means this is a concept with longevity. Yet it reaches further back still, deep into the Chinese Civil War. Mao codified it in Problems of Strategy in China’s Revolutionary War (1936). He likens the Red Army to the lesser boxer in a bout with a brawny opponent. Such a contender need not despair. If the weak fight smart, they can prevail despite their physical inferiority. Maoists make up for their weakness through flexibility, patience, and tactical opportunism. At the outset, that means staging an orderly fighting retreat, jabbing while withdrawing.

Ceding territory now sets up the active defender for success later. “A strategic retreat,” observes Mao, is “a planned strategic step taken by an inferior force . . . . We all know that when two boxers fight, the clever boxer usually gives a little ground at first, while the foolish one rushes in furiously and uses up all his resources at the very start, and in the end he is often beaten by the man who has given ground.” An active defender is a pugilist who gives ground for a time and conserves his strength in hopes that his opponent, impatient for a knockout, will exhaust himself in the effort.

The erstwhile defender, then, enrolls time and physical space as allies. Having enfeebled an antagonist inept enough to squander his combat power, the defender seizes the offensive and overpowers him. Mao proffers a guileful, focused, operationally and tactically oriented martial concept. Active defense is readily intelligible to anyone wearing a military uniform. And, most importantly, it’s actionable. Small wonder Beijing has stuck with it.

But how does America look at these boxing metaphors? General Joseph Dunford Jr. looked into the ring for insight eight decades after Mao drafted his boxing-inspired vision. General Dunford, then the chairman of the Joint Chiefs of Staff, wrote an article for Joint Force Quarterly in late 2017 entreating the U.S. armed forces to “maintain a boxer’s stance.” He touts the metaphor as the “central idea” coursing through and animating U.S. military strategy: “the first step in training a fighter is developing a ‘boxer’s stance,’ the foundational posture from which all offensive and defensive movements flow.”

The right stance, maintains Dunford, “conserves energy while keeping the fighter balanced, protected, and ready to throw quick, powerful punches . . . . Because we do not know when, where, or under what conditions the next fight will occur, the U.S. military must maintain a boxer’s stance—with the strength, agility, and resilience required to fight and win against any potential adversary.”

To assume the proper fighting posture, he says, the U.S. armed forces must “develop and maintain a balanced inventory of joint capabilities and capacities” amid fiscal uncertainty and demands to replace old hardware. The Pentagon must “set the globe correctly,” allocating resources among theaters to cope with a variety of state and nonstate challengers while giving heart to allies and partners on the front lines against these challengers. And the services must experiment with joint concepts to unlock the potential strength manifest in ground, air, and sea forces.

Juxtapose Dunford’s concept against Mao’s. The boxer’s stance is as much an attitude as a strategic posture. Such an attitude is fitting for the keeper of an existing global status quo. It is defensive in outlook. It connotes waiting for challenges to the status quo to manifest, then managing them wherever they may occur. Nor do weight classes mean much if America’s roster of potential opponents spans China, Iran, and Al-Qaeda. Mao’s notion of active defense concentrates on overcoming a single conventional enemy in a single combat theater through offensive operations and tactics; Dunford’s notion of the boxer’s stance envisions working alongside foreign partners to overcome foes that come in all shapes and sizes and pursue radically different agendas.

Imagery from the same sport, it seems, can spawn divergent strategic concepts. It’s worth asking what will happen if the Chinese and American armed forces remain true to Mao’s and Dunford’s concepts and face off in battle. It’s also worth asking how—and whether—Beijing can adapt the Maoist concept for a future in which China entertains ambitions far beyond its Western Pacific environs. The People’s Liberation Army can protect Chinese ground through active defense, but staging an active defense on someone else’s ground makes little sense.

Chinese strategists, then, are in for an intellectual challenge as their country makes itself into a world power. Will China’s future military posture come to parallel Dunford’s in the process, will it become a hybrid between Mao’s and Dunford’s visions—active defense at home, the boxer’s stance farther afield—or it will mutate into something different altogether? The humble boxing ring might furnish clues.

Boxing analogies are valuable. But it’s also worth considering whether boxing represents the best sports metaphor for an age when great-power strategic competition commingles with campaigns against lesser state antagonists and substate enemies such as al Qaeda and its ilk. Boxing is a well-regulated, one-on-one contest between symmetrical opponents within geometrically fixed and featureless surroundings. The ring is a flat, square plain enclosed within flexible vertical barriers. It’s a closed system where gladiators meet.

By contrast, Maoist active defense envisions grappling on open terrain—China’s vast continental interior during the days of Mao, its offshore seas and skies in today’s U.S.-China maritime competition. The Red Army, then the People’s Liberation Army, could lure the enemy in deep precisely because there were no fixed barriers delimiting the battleground. There are limits to boxing as a metaphor—as there are with any metaphor. The same goes for Dunford’s idea, except even more so. There is no ring for him, unless it encompasses the entire earth’s surface. Opponents need not be symmetrical with the U.S. armed forces. And bouts will not necessarily pit one contender against another in solo combat. America taps support from allies and friends in manifold ways and might conceivably confront a hostile coalition.

The boxer’s stance is good for shaping attitudes, in short, but it provides little actionable guidance on how to conduct yourself in the real world.

Fortunately, there are other sports to mine for insight. Wrestling, not boxing, may supply better imagery for great-power strategic competition. It’s certainly a good supplement. I refer not to gentlemanly contests typical of the Olympics, but to the crowd-pleasing WWE brand of wrestling. Boxing is tightly regulated, empowering referees to enforce the rules and even stop the fight. WWE matches are ill-regulated. They’re brawls. Referees let the contestants get away with, well, most anything. Find a chair? Excellent. Whack your opponent over the head with it. Have a partner outside the ring? Get him into the ring, mount a numerical advantage, and pummel your adversary. If the fighting spills outside the ring? All the better. Pitch your opponent over the ropes!

Martial combat is like the WWE. No one enforces rules in tactical engagements, let alone halts the fighting for a technical knockout. Indeed, U.S. military commanders—including General Dunford as he rounds out his article on the boxer’s stance—say candidly that they never want to send American forces into a fair fight. Commanders want every engagement to be a smackdown against an outmatched opponent. WWE events, moreover, are spectacles as much as sporting events. Boxers may talk smack, yet they have nothing on wrestlers. Both in and out of the ring, wrestlers constantly spin narratives about who’s stronger, who’s weaker, who did wrong to whom and deserves paybacks in the ring, and on and on. Showmanship is all.

Armed forces do the same. They build units, develop concepts for using them, and move them around on the map or nautical chart to impress audiences worth impressing. Sometimes they talk trash about rivals, playing up past triumphs, defeats, or indignities. The core difference is that militaries hope to win through intimidation rather than setting foot in the ring for an actual fight. They try to deter or coerce opponents or cow them into submission. Moreover, they also aim to enhearten allies and friends—all without ever firing a shot. Like Mao’s hero Sun Tzu, fighting forces strive to win without fighting. No wrestler makes a buck that way.

Martial sage Carl von Clausewitz picks wrestling as one of his metaphors for warfare. Clausewitz never got a load of a WWE match—but you can imagine him smiling from beyond the grave. Let’s look beyond boxing for martial metaphors.