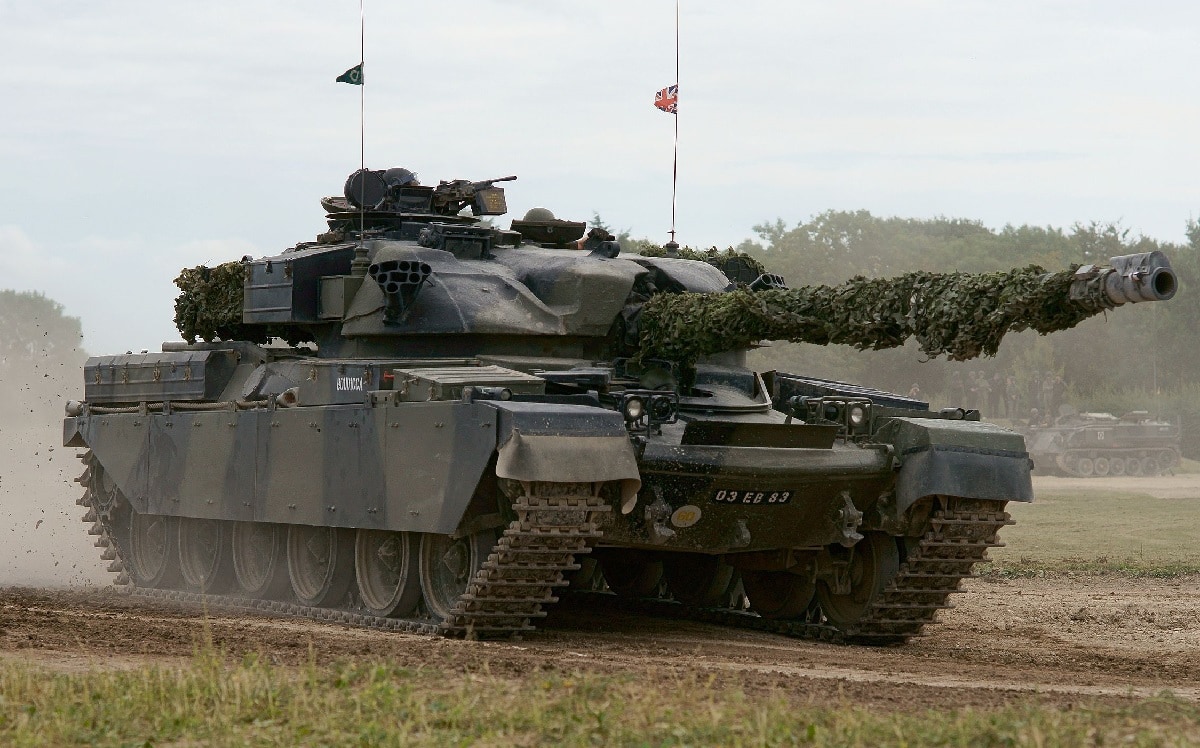 Chieftain tank in action at the Bovington Tank Museum. 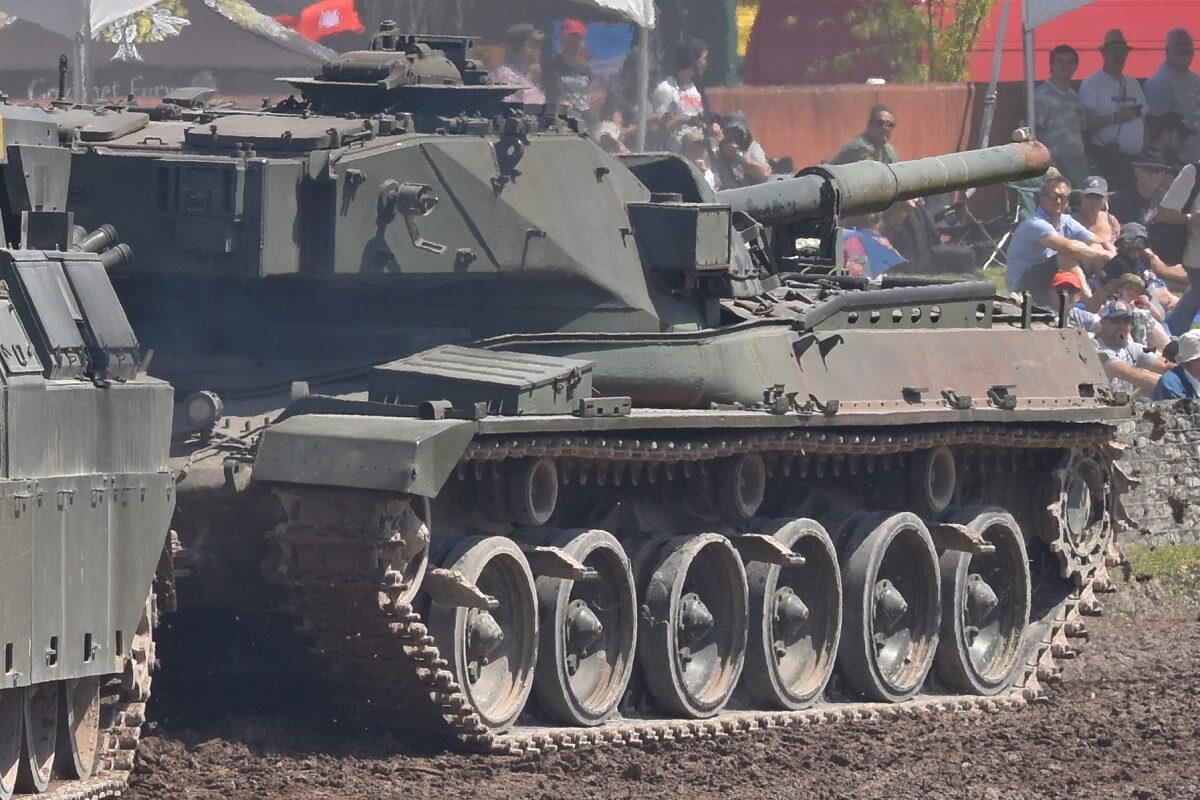 Cold War Era British Main Battle Tank (MBT) Official designation:- FV4201 Manufacturer:- Royal Ordnance Factory, Leeds Production:- 900 for UK, 1375 (approx.) for export Main armament:- Royal Ordnance L11A5 120mm rifled gun The Chieftain was the UKs principle MBT from the mid 1960’s until the early 1990’s, when it was replaced by the Challenger 1. This example, possibly a Mark 11, carries no painted markings but has ‘FV478236’ and ‘A123’ welded on the turret. It was seen during TankFest 2019 being towed around the Kuwait Arena as part of the demonstration by the museums Challenger Armoured Repair & Recovery Vehicle (CARRV) ‘70 KG 65’. The Tank Museum, Bovington Camp, Dorset, UK. 29th June 2019.

The Chieftain was essentially an amalgamation of two great British tanks — but had some serious flaws.

All Hail the Chieftan

The Chieftain was the United Kingdom’s main battle tank from its introduction in the mid-1960s until the early 1980s when it was superseded by the Challenger 1 tank, which shares several design features with the older Chieftain.

Although the Chieftain was a new tank design when it entered service, the tank shared some features with two other British tanks: the Centurion, a capable and very successful first-generation main battle tank design from 1945, as well as elements from the Conqueror heavy tank, the United Kingdom’s last heavy tank design.

British Army design specifications called for a new main battle tank that could combine the long-range firepower enjoyed by the Conqueror with the good mobility of the Centurion design. It was also expected to be well protected and have a high rate of fire.

One of the Chieftain’s notable features is its dramatically angled front hull glacis and the reclined driving position necessary to drive the tank. Unusual for many tanks, the Chieftain completely dispenses with a gun mantlet to give the tank a better range of motion when in a protected, hull-down position.

The British Army touted the Chieftain as an extremely well-protected tank due partly to the Chieftain’s hull at turret geometry, as well as the advanced materials that went into its armor packaging. The design faced criticism, however, during its combat experience in the Middle East.

During the long Iran-Iraq War, Iran fielded Chieftain tanks purchased from Britain before the conflict — and revealed serious flaws in the Chieftain’s design. In one notable battle, Iraqi tanks took out hundreds of Iranian tanks, a mix of British Chieftain and American M60s, while taking comparatively few losses themselves.

Heavy Iranian tank losses could be attributed partly to poor crew training and particularly muddy conditions that limited the Chieftain’s maneuverability. However, the event compromised the tank’s reputation, and the British unsuccessfully tried to export the tank to Iraq.

By the early 1980s, the Chieftain had grown long in the tooth. Poor engine output, as well as a 1920s-era suspension, hampered the tank’s mobility, and even with new armor protection packages, the Chieftain’s battlefield survivability was questionable. In 1983, the Challenger 1 replaced the Chieftain, though that tank shared some features with its predecessor.