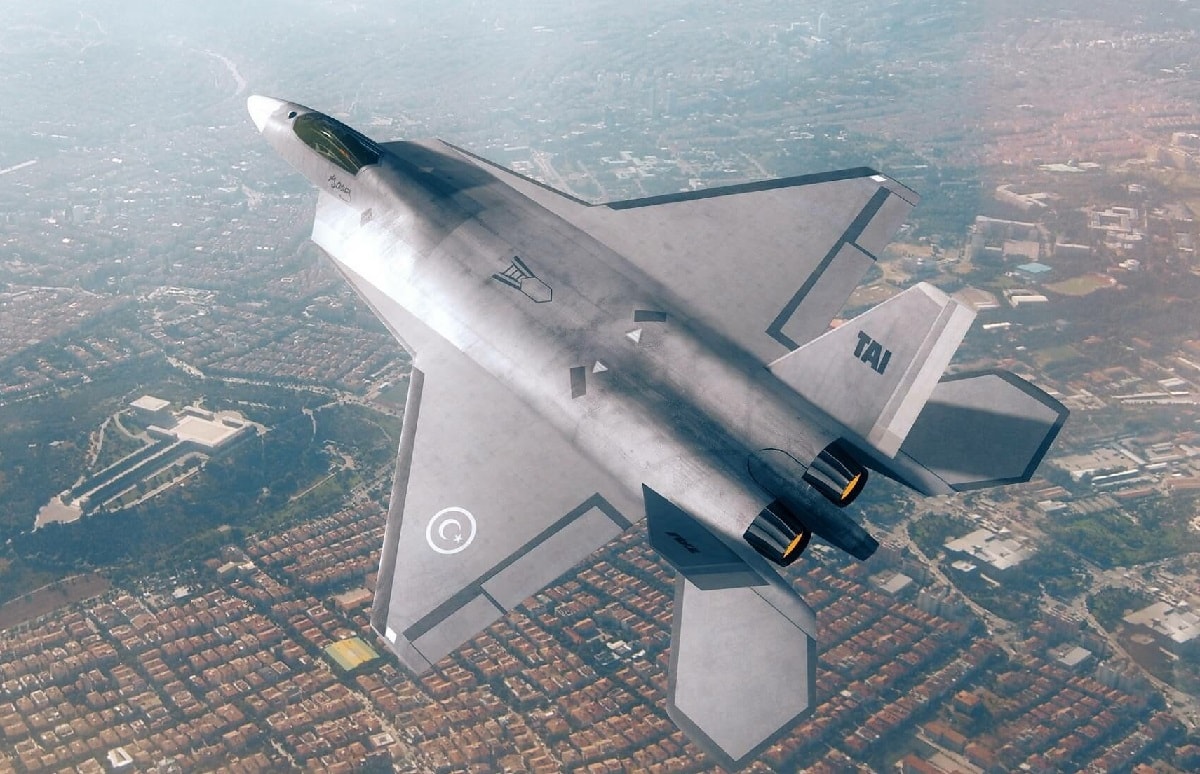 On the heels of its expulsion from the F-35 program, Ankara is forging ahead with an ambitious project to procure a home-grown next-generation fighter jet.

A top Turkish defense procurement official said in an interview in April that the government is moving forward with plans to indigenously produce the advanced TF-X fighter jet, as reported by Defense News. Earlier, the head of Turkish Aerospace Industries (TAI) Temel Kotil told local reporters “the government has earmarked an additional $1.3 billion to Phase 1 of the TF-X program. A total of 6,000 engineers are working on this program.” Kotil added that Turkey will soon complete a dedicated hangar for the TF-X jet, as well as “Europe’s second-best” wind tunnel to test the upcoming fighter.

Ankara invested as much as $1.4 billion to procure over one hundred units of Lockheed Martin’s F-35 fifth-generation stealth fighter. In 2019, Washington decided to remove Turkey from the F-35 program as punishment over Ankara’s earlier purchase of Russia’s S-400 missile defense system. As costly and inconvenient as the decision was for the Pentagon, American losses paled in comparison to Turkey’s. Ankara not only lost its $1.4 billion investment but also around $9 billion worth of economic activity that would have been generated by Turkey’s long-term participation in the F-35 program.

The TF-X program is partly a lifeline to Turkey’s local defense industry, which is reeling from these heavy and unexpected losses. At a future projected production pace of two units per month and per-unit cost of $100 million, TAI is aiming for a target of $2.4 billion in annual revenue.

The TF-X fighter jet is being designed around the concept of an advanced stealth air superiority fighter. First conceived in the early 2010s, the TF-X jet was planned as a replacement to Turkey’s F-16C/D fighter fleet. The fighter was designed to complement, rather than compete with, the F-35 jet; instead, the TF-X jet’s planned capabilities are more in line with a next-generation air superiority platform like the F-22 Raptor.

There is little concrete information about the TF-X jet, and what little we know is liable to change as the project enters serial production. Still, the TF-X jet was confirmed to be a twin-engine fighter. The aircraft will invariably offer some variation of common fifth-generation features, including sensor fusion and advanced avionics systems. The fighter will support an internal weapons bay, as well as other design features to maximize stealth performance.

Being, as it is, primarily geared for air-to-air missions, the TF-X jet’s design will place a premium on maneuverability. There was earlier speculation that TF-X jet designers exploring thrust-vectoring as a possibility, with Russian defense giant Rostec offering Turkey a joint venture production venture, but Ankara’s final choice of engine has not been confirmed.

The TF-X jet is scheduled to make its maiden flight in 2025, with deliveries of serially produced units projected to begin in 2029.