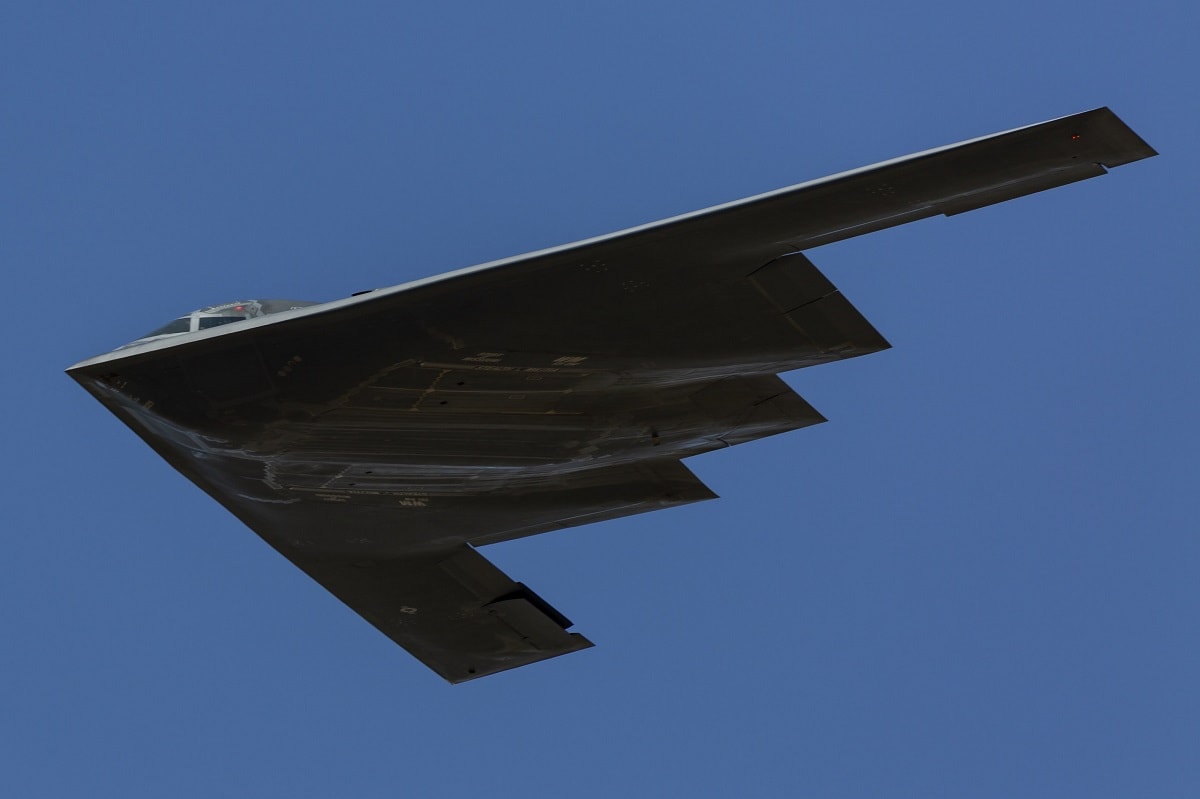 Strategic bombers have long formed an important part of the U.S. nuclear triad, and the United States Air Force has over the years operated a number of different models of heavy bombers.

The most advanced of these – and likely the most advanced bomber ever to have flown in operational service – is the B-2 Spirit bomber, which remains in service with the Air Force today.

Why the B-2? Mother Russia

Designed with low-observable technology, the B-2 is the world’s first long-range heavy stealth bomber and was developed in response to continued improvements in Soviet air defense capabilities.

The B-2’s introduction, however, coincided with the end of the Cold War, and as a result, questions were asked about the continued need for such an expensive and stealthy heavy bomber in the absence of the Soviet threat. In light of these concerns, the B-2 Spirit program was cut in the early 1990s, and the total number of the bombers purchased by the Air Force was capped at just 20. This is the same number of B-2s that the Air Force operates today, even as the need for stealth aircraft capable of penetrating the increasingly advanced air defense networks operated by America’s great power rivals is growing.

Development of the B-2 Spirit

Development of the B-2 followed and built upon both previous Air Force efforts to improve the capabilities of its heavy bombers relative to Soviet air defense capabilities as well as growing familiarity with stealth and low-observable technology. Improvements in Soviet air defenses in the form of both ground-based missiles and interceptor aircraft led the U.S. Air Force to pursue the development of supersonic bomber aircraft capable of operating at lower altitudes where radar detection was more difficult. Recognition that the Soviet Union was developing new radars capable of addressing this gap in coverage pushed the Air Force to develop a new bomber capable of penetrating more advanced air defense networks.

The efficacy of low-observable stealth technology had already been demonstrated with aircraft such as the SR-71 Blackbird and F117 Nighthawk, and as a result, the Air Force included stealth capabilities as a requirement in its Advanced Technology Bomber program.

The B-2 bomber was first publicly displayed in November 1988 and flew for the first time in July of the following year. The first B-2 bomber was delivered to Whiteman Air Force Base, the only operational airbase for the Spirit, in December 1993. The B-2 would prove its combat effectiveness as part of Operation Allied Force, during which it destroyed roughly 33 percent of all Serbian targets in the first eight weeks of the conflict. B-2s would also see service in both Iraq and Afghanistan and would be declared fully operational in 2003.

Despite its effectiveness, in 1992 the George H. W. Bush administration would choose to terminate the B-2 program, citing the aircraft’s high cost and the end of the Cold War as reasons for the program’s cancelation. The decision saw the total number of B-2 bombers produced and purchased by the Air Force halt at just 20. While the Clinton administration would approve the conversion of an additional prototype B-2 into an operational aircraft that saw the total number of Spirits increase to 21, a 2008 crash of a B-2 bomber in Guam left the Air Force back where it started with only 20 B-2s.

As a low-observable, heavy long-range strategic bomber, the B-2 is capable of penetrating the world’s most advanced air defense networks. The B-2 is capable of undertaking strike missions at altitudes up to 50,000 feet, and has a maximum range of 6,000 nm when not refueled and 10,000 nm with one refueling, leaving the Spirit capable of striking any target in the world in a matter of hours. 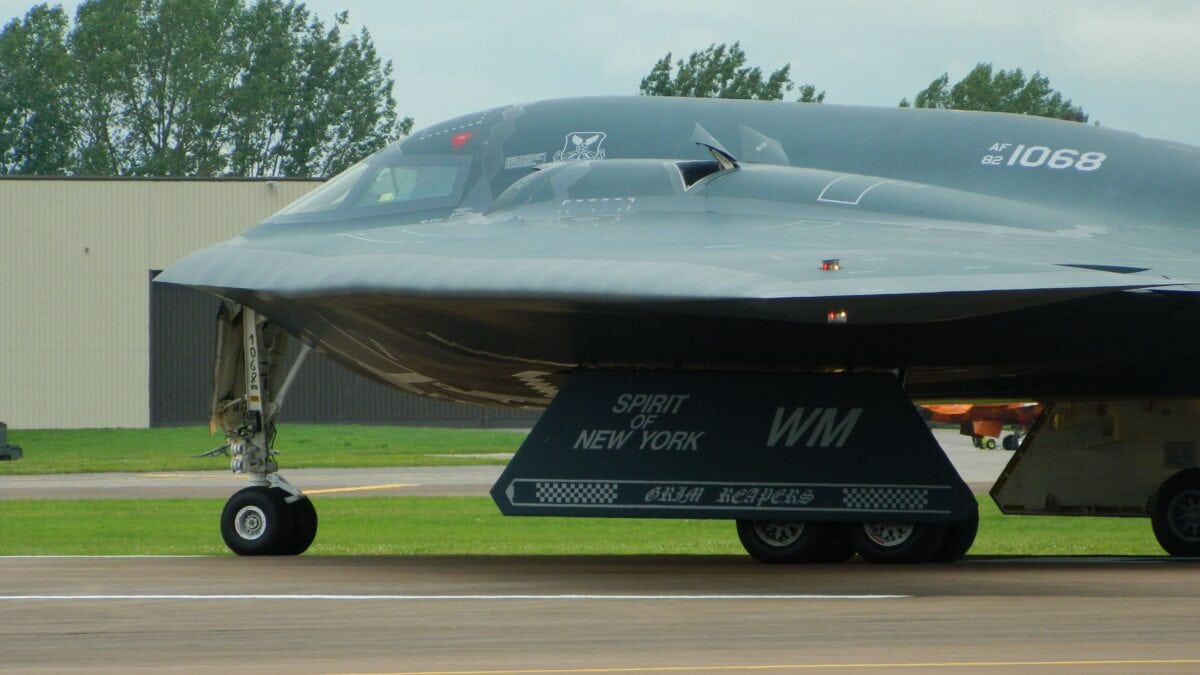 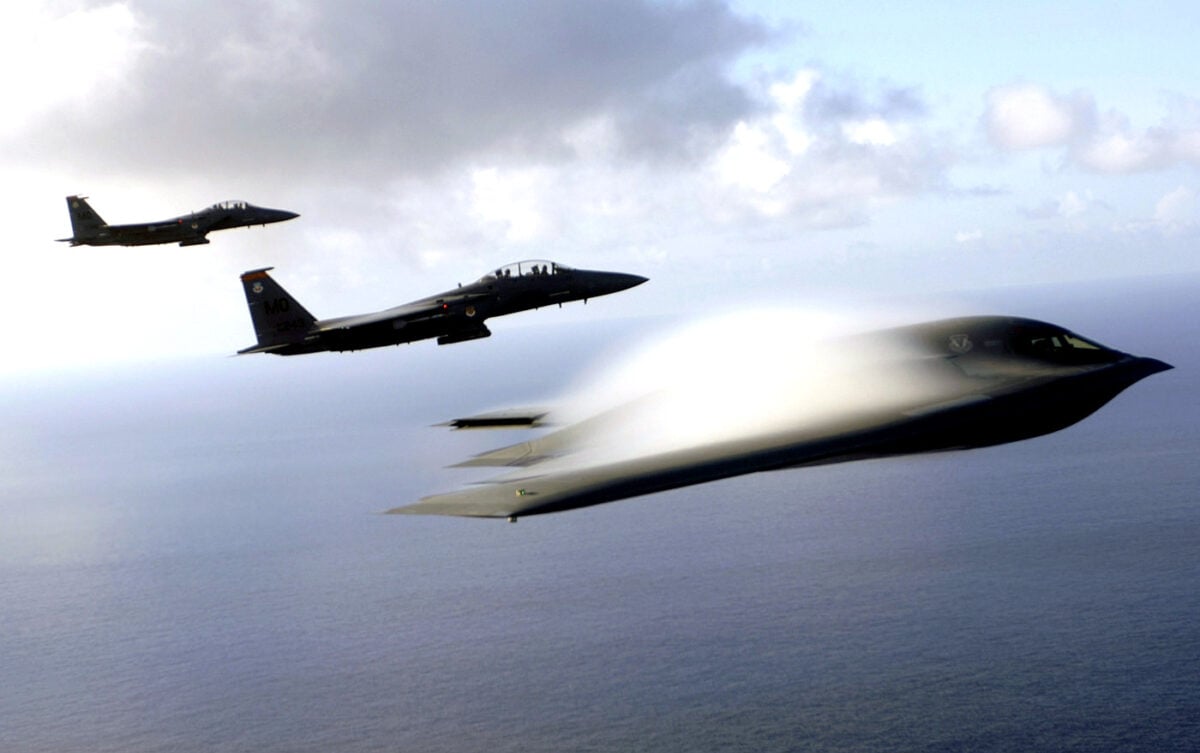 To maintain stealth, the B-2 carries all of its weapons internally, and the aircraft are capable of carrying up to 40,000 pounds of weapons including conventional and nuclear weapons, precision-guided munitions, gravity bombs, and maritime weapons. These include the AGM-129 advanced cruise missile with a range of up to 1,500 miles and the satellite-guided joint direct attack munition (JDAM). B-2s upgraded with a generic weapons interface system (GIWS), an integrated digital software package, are capable of carrying a mix of different stand-off and direct-attack weapons, and as a result are able to attack up to four different types of targets on a single mission.

The Air Force’s 20 B-2s remain the service’s most capable bomber aircraft. While the B-2s are likely to be supplemented or even replaced by future B-21 Raider bombers, the decision in 1992 to limit the Air Force to only 20 Sprits has today left it with only a handful of bombers that are well suited to penetrating the increasingly capable air defense networks employed by both Russia and China.