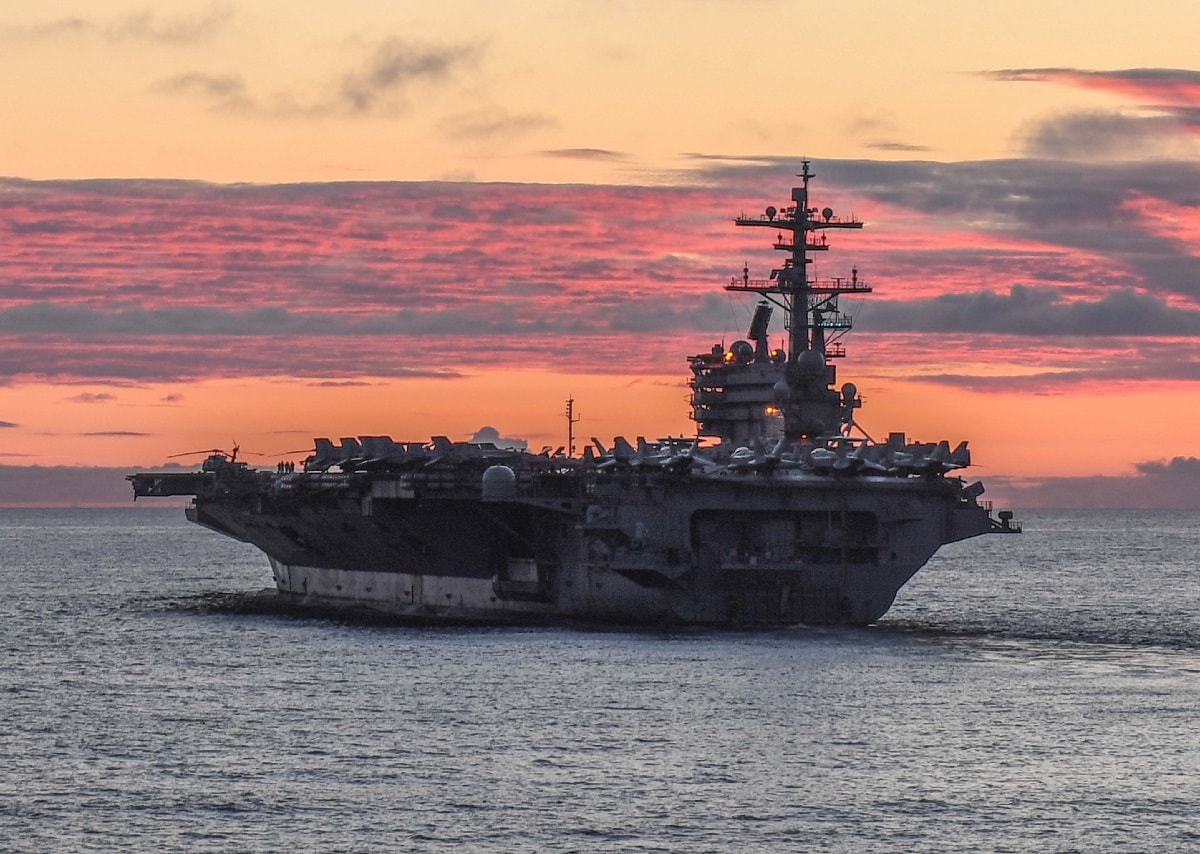 After a lengthy repair and refurbishment that took 1.3 million work hours and 30 months, the United States Navy’s unique USS George H. W. Bush aircraft carrier is ready to head out to sea.

The list of repairs and refurbishments the aircraft carrier underwent is extensive. In addition, to complete propeller and propeller shaft overhauls and refurbishing the ship’s rudder, crews upgraded the ship’s combat systems and electronics, crew quarters, and airplane launch catapults.

Getting the USS George H. W. Bush ship-shape was no easy task. “At the beginning of this challenging availability I shared with the project team this would be a marathon event due to the large work package and the length of time it would take to return George H.W. Bush to the Fleet,” Navy Project Superintendent Jeff Burchett explained in the Navy’s statement on the refit.

“At that time, we had no idea what we would face with the COVID 19 pandemic and the additional challenges it brought to the team to overcome such a major obstacle on top of the planned work,” Burchett said. “The team stepped up and worked through it.”

Although the ten Nimitz aircraft carriers are similar—the Navy considers all to be a single class—there are some variations between the ten hulls. The USS George W. H. Bush, in particular, differs, in some ways significantly, from the previous nine Nimitz-class aircraft carriers.

The Navy designed the USS George W. H. Bush as a transition ship from the older Nimitz-class to the new Gerald R. Ford-class that will eventually replace the Nimitz-class ships on a one-to-one basis.

In particular, the USS George W. H. Bush has a bulbous bow design that increases the ship’s top speed and aids in forward buoyancy. The aircraft carrier’s four propellers are also unique to the Nimitz-class fleet, redesigned to reduce erosion and wear to the propeller and drive components. The aircraft carrier also sports an underwater hull coating.

And while the refit is now complete, the ship is not yet cleared to reenter active U.S. Navy service. Instead, the aircraft carrier must complete new sea trials to validate the ship’s repairs and complete other certifications before its next pre-deployment training cycle. In about a decade, the USS George W. H. Bush will have to refuel its dual nuclear reactors — and after then, can sail for another twenty to twenty-five years.

Caleb Larson is a Defense Writer with the National Interest. He holds a Master of Public Policy and covers U.S. and Russian security, European defense issues, and German politics and culture.