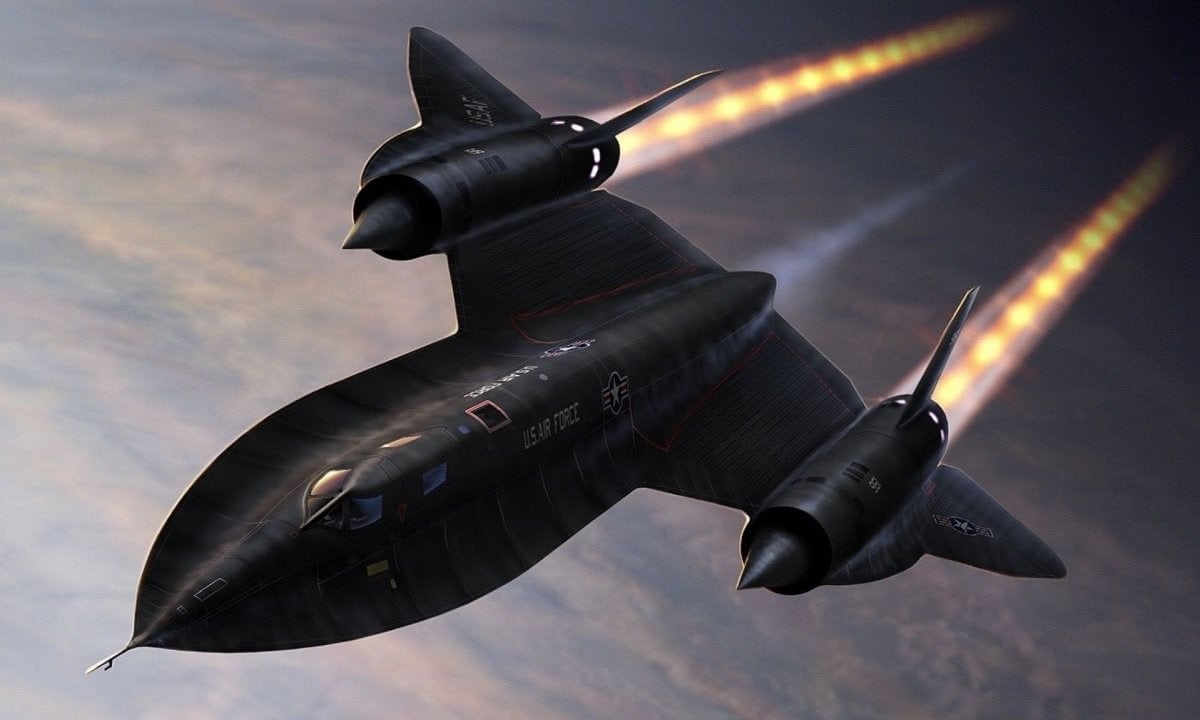 The iconic SR-71 Blackbird served for more than three decades in the U.S. Air Force. First flying in 1964, the spy plane saw deployment all over the world, but its most important mission consisted of reconnaissance on the Soviet Union. As part of this mission, a number of SR-71s were deployed to air bases in Europe, Western Asia, and Japan.

U.S. Air Force Col. Richard Graham (ret.), who logged more than 750 hours in the SR-71’s cockpit, described some of his experiences with the plane on BBC Future. One such story concerned an SR-71’s unfortunate slip-and-slide near-accident at Kadena Air Force Base in Okinawa, Japan.

Japan is known for its sudden and heavy rainstorms, and Okinawa is no stranger to these events. While rain poses a certain danger for all planes—mainly because of decreased visibility—the storm had a particularly unfortunate effect on one SR-71, which was returning from a mission at the time and taxiing into a hangar. As the plane entered the hangar, it encountered water on the ground, which had mixed with the SR-71’s specialized JP-7 fuel. Together, the two liquids created an extremely slippery surface, preventing the Blackbird’s wheels from gaining any traction on the hangar’s floor.

Graham describes the result: “Don [ Emmons, Graham’s navigator] and I were on back-up duty so we were in the hangar. As he came into the hangar, he slows down, he’s right on the centreline… and we notice his brakes are locked up, the wheels aren’t rotating anymore, and he’s still going through the hangar, sliding. And you would not believe how many maintenance people realised immediately something was wrong with this airplane. We had maintenance guys throwing chocks under the wheel but it kept on moving. Don and I were grabbing onto the wingtip to try and stop it, people were grabbing every part of the airplane as they realized it was an emergency. It was like a dream in slow motion as this airplane just went through the hangar. And it stopped when the main wheels just caught the other side of the hangar onto the concrete. And its pitot tube, the tube at the front, came about a foot from ramming a curved blast deflector we have for jet engines.”

Fortunately, this near-miss did not result in any damage—but it underscored the potentially catastrophic nature of damaging an enormously expensive SR-71 on the ground.

In 1990, the SR-71 was retired for the first time. Although turbulent events during the 1990s helped to bring it out of retirement for a short period of time, the plane’s enormous cost, and improvements in spy satellite technology, ultimately rendered it unnecessary for reconnaissance. The SR-71’s final flight took place in October 1999, and the plane was permanently retired in the same year.