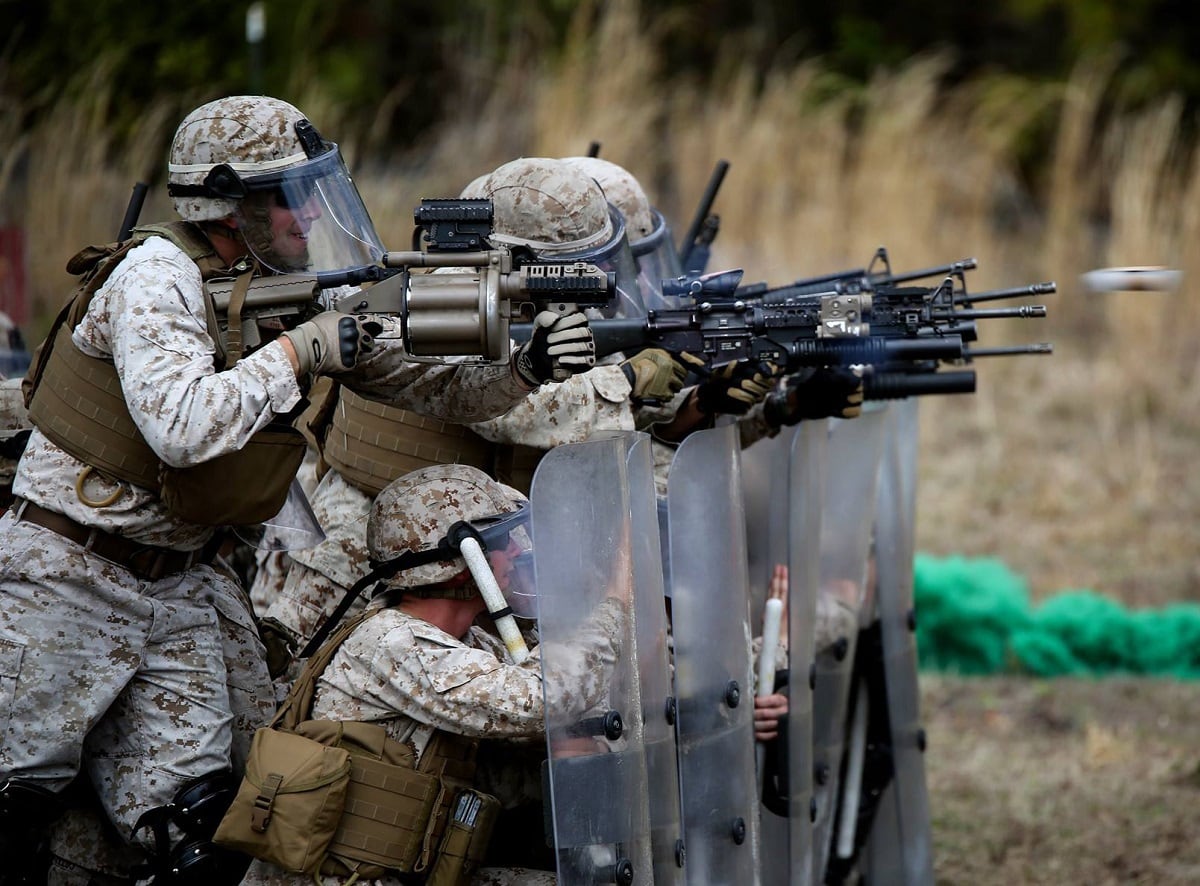 The United States Marine Corps is on the hunt for a new class of beach landing craft that can take Marines to austere beachheads throughout the Pacific en masse. Instead of sailing into a theater of operations on a transport ship or an amphibious assault ship and transferring to shore on smaller beach landing vessels, the Corps wants a ship that could take Marines directly to the beach from thousands of miles away: a Light Amphibious Warship.

The Marines have been very clear in what they are looking for, stating they intend to “fill the gap in capability between the Navy’s large, multipurpose amphibious warfare / L-class ships and smaller short-range landing craft such as the Landing Craft Utility and the Landing Craft Air Cushion,” and would be “a low signature, beaching, shore-to-shore vessel with intra-theater endurance capable of operating independently or in collaboration with other surface ships, other LAWs, joint task forces, or coalition forces in contested environments in support of Distributed Maritime Operations, Littoral Operations in a Contested Environment/Expeditionary Advanced Base Operations across the competition-conflict spectrum.”

The desire for a Light Amphibious Warship has been prompted by the Marine Corps’ new Expeditionary Advanced Base Operations (EABO) operating concept, formulated with an eye on the United States’ chief rival: China.

In anticipation of a conflict in the near future in or around the western Pacific Ocean region, the Corps is implementing a shift from a large centralized force design to smaller and more widely distributed forces operating with a higher degree of decision-making autonomy.

The EABO concept is somewhat reminiscent of the Corps’ World War II-era island-hopping campaign that witnessed entire divisions of Marines assaulting Japanese-held islands in the Pacific. Within the EABO however, smaller platoon-sized groups of Marines would sail throughout the western Pacific to and from remote specks of land not necessarily with the intention of assaulting and holding land, but denying Chinese access to areas that could otherwise be valuable rearming and refueling depots.

Armed with a potent array of weaponry, including a formidable new anti-ship missile and riding on long-range, self-sustaining Light Amphibious Warships, Marines would close with and destroy enemy ships they came up against, and could potentially hunt down submarines too.

To that end, the defining features of the LAW would be a significant transport capability of both troops and vehicles facilitated via a bow ramp, approximately 4,000-mile range, and a shallow draft that would allow the LAW to sail directly onto a beach. Additionally, the LAW concept would have a small flight deck to support a single helicopter and have several defensive capabilities including an array of heavy machine guns and a 25 or 30mm gun system for supporting Marines onshore.

A recent concept design put forward by Austal USA during the annual Sea Air and Space Conference and Exposition showcases those three requirements. Ultimately the U.S. Navy would like to procure up to 35 of the ships, with the first vessels entering service in 2023.