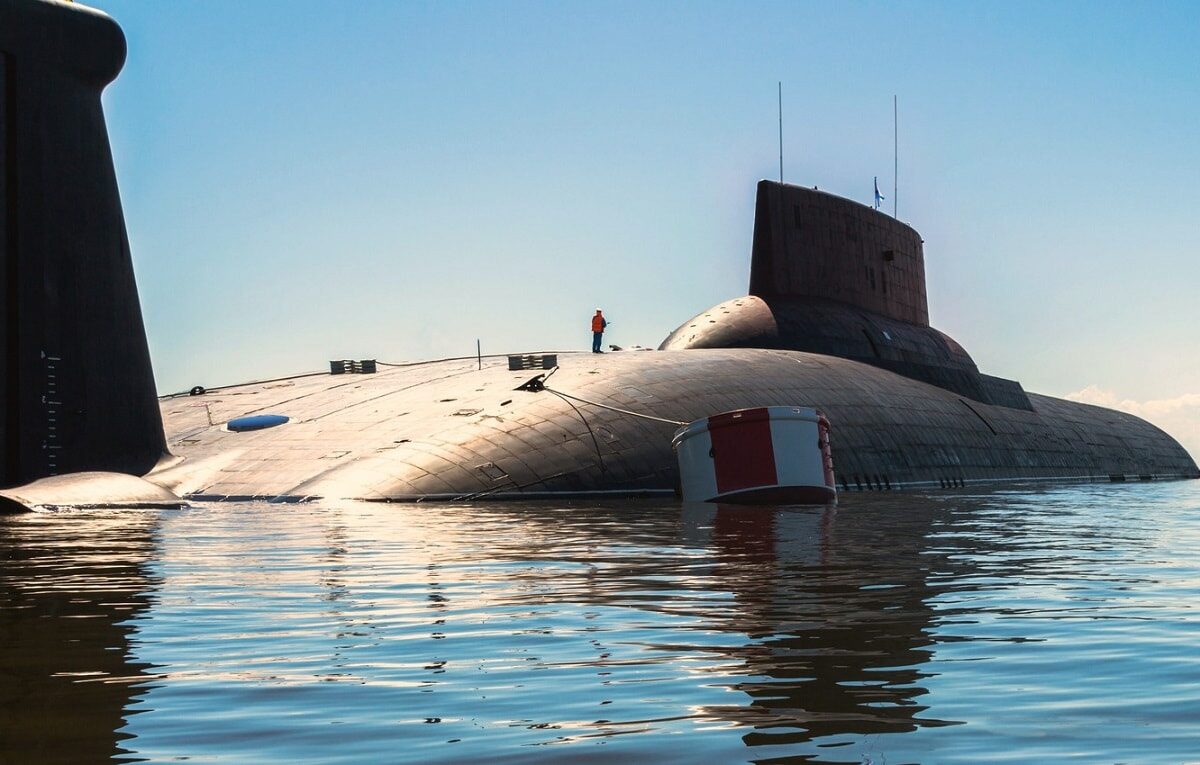 Russia’s Typhoon-class is the largest and among the most iconic ballistic missile submarines (SSBNs) ever built.

A product of late Cold War strategic thinking, the Soviet Project 941 line of SSBNs was intended to compete with the expansive payload capacity and delivery capabilities of the rival U.S. Ohio-class submarines. Contrary to popular belief, these are not called “Typhoon-class” submarines in Soviet nomenclature. Project 941 was dubbed by the Soviets as the Akula class, Russian for “Shark.” But this class of submarines came to be far better known in the west by their NATO reporting name, “Typhoon.”

Boasting a submerged displacement of around 48,000 tons, the Typhoon line remains by far the largest submarine class in the world. For a sense of scale, consider that the competing Ohio-class vessels— which hold the title of third-largest– clock in at just under 19,000 tons submerged. The Typhoon-class was so huge partly in order to make room for its hefty R-39 Rif missiles, which themselves are bigger than their U.S. counterparts due to differences in plastics industry maturity between the two countries. But the Typhoon vessels’ prodigious size also enabled no shortage of design eccentricities, including a sauna, swimming pool, and even a bird aviary.

The Typhoon submarines were meant to lurk beneath the arctic ice cap, which would provide them with an additional degree of survivability. They could then punch through the ice to deliver a devastating nuclear salvo against North Atlantic Treaty Organization infrastructure, wreaking untold destruction in a matter of minutes. To this end, the Typhoon class was constructed with as many as five titanium pressure hulls, insulating its massive payload from impact shock. The  hardy multihull construction can likewise protect the crew from certain types of breaches. Whatever the durability benefits of this approach, it certainly did not help reign in the submarines’ exorbitant production cost. As is well know, titanium is notoriously difficult to handle and extract under any circumstances, but especially in the vast quantities demanded by the Typhoon vessels’ size.

The star of the show is the Typhoon vessels’ massive nuclear-capable arsenal, headlined by twenty R-39 Rif submarine-launched ballistic missiles (SLBM’s). These missiles, which were recently replaced by the new RSM-56 Bulava SLBM’s, feature 100-kiloton warheads and an operational range of around 8,000 kilometers. Though it is not meant to go toe-to-toe with enemy vessels, the submarine is armed with six standard 533-mm torpedo tubes for mounting a last-ditch self-defense effort.

The Typhoon class was immortalized by the Tom Clancy novel The Hunt for Red October and its 1990 movie adaptation through the experimental SSBN Red October, one of the most iconic fictional submarines ever presented in film and literature. 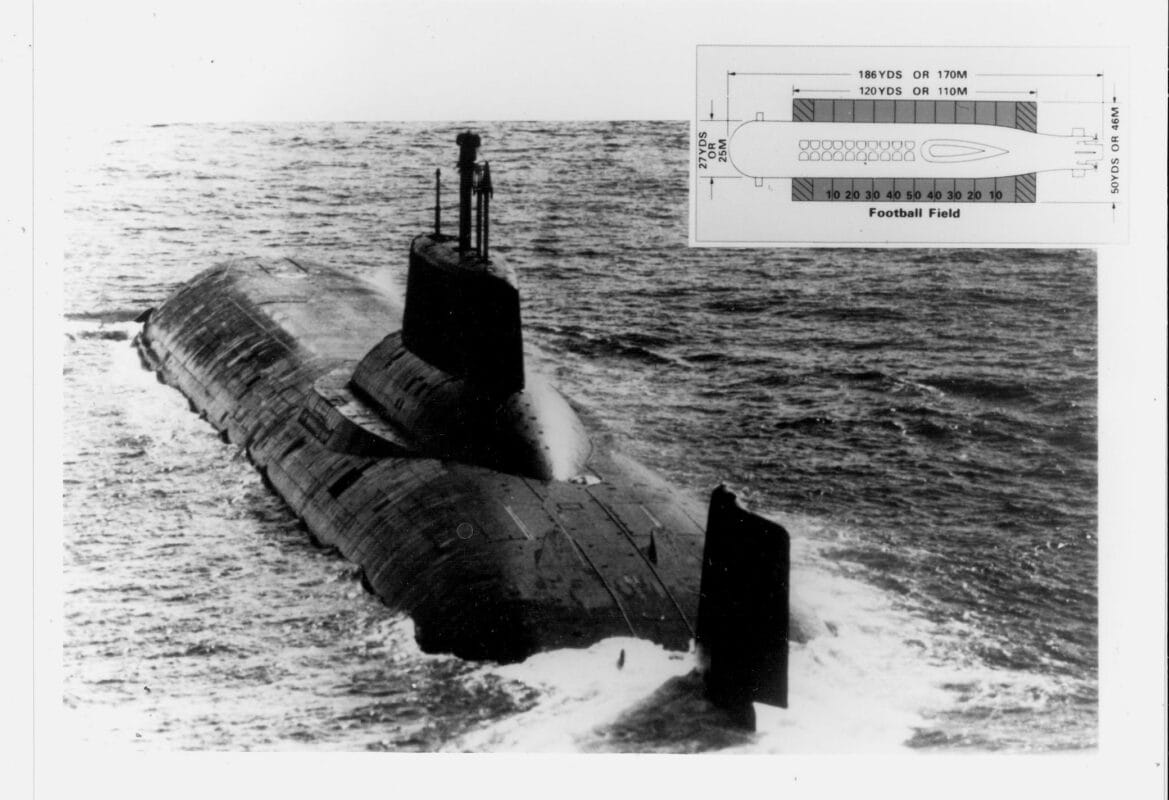 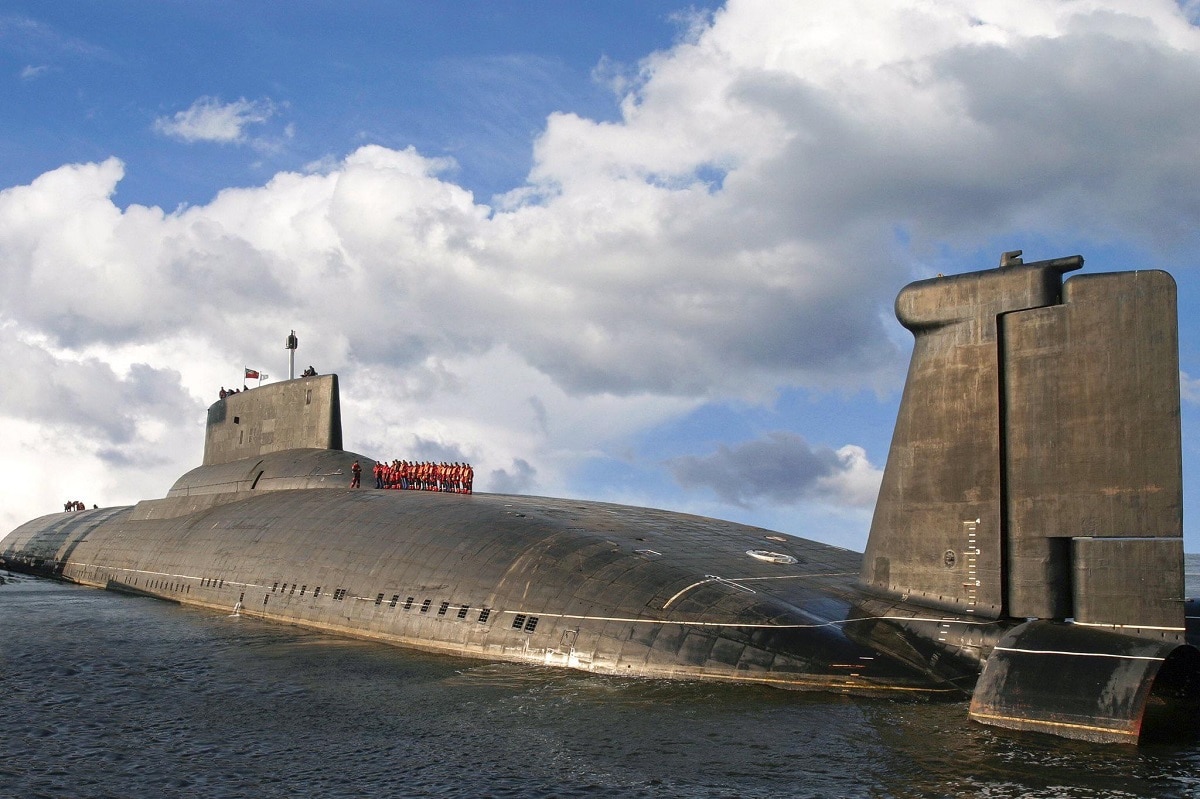 The first and sole remaining Typhoon-class submarine, Dmitri Donskoy, was commissioned by the Northern Fleet in 1981. The five subsequent Typhoon submarines entered service through 1989 and were scrapped or decommissioned by the 2000s. Dmitri Donskoy has served as a regular testbed for Bulava missiles. The full scope of Russia’s future plans for the submarine is unclear, with prior reports suggesting that it will be kept in service through 2026. Donskoy, along with the Delta IV and III SSBNs currently serving in the Northern Fleet, will be phased out over the coming decades by Russia’s new Borei class of strategic submarines.