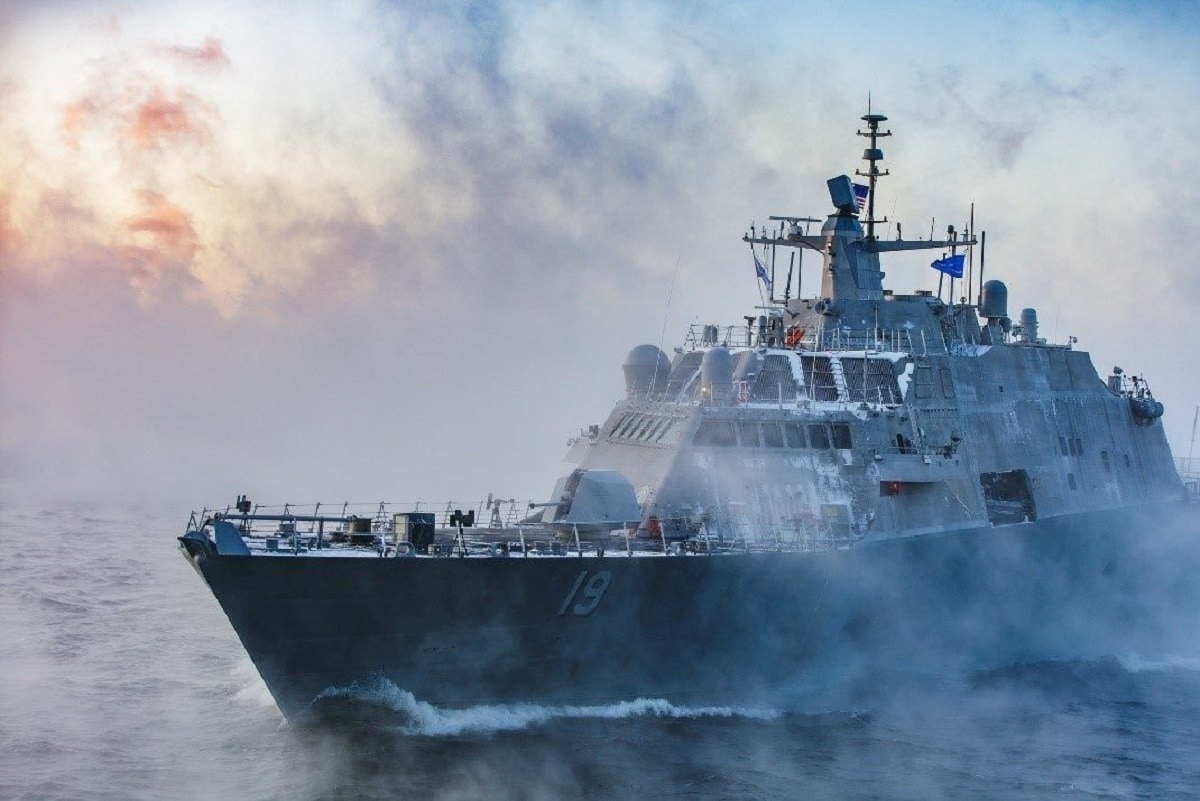 The People’s Liberation Army Navy, China’s maritime force, believes that the LCS could prove to be a persistent threat to China’s naval ambitions in the western Pacific. Moreover, some Chinese wonks think that those LCSs armed with anti-ship missiles specifically could upend PLAN calculus.

A group of Chinese defense researchers juxtaposed “the littoral combat ship (LCS) with other surface combatants, arguing that the former’s modularity, cheap price, high speed, and other characteristics enable it to become a powerful tool in future distributed lethality tactics” in a research paper from the Marine Design & Research Institute of China, an important R&D group for the Chinese shipbuilding industry titled The U.S. Navy’s Distributed Lethality Implementation Method. USNI News first reported on the paper.

The Navy’s Littoral Combat Ships — both the Independence-class and the Freedom-class — have suffered from several high-profile breakdowns since they entered service with the U.S. Navy.

The Navy recently discovered that a faulty combining gear linking the Freedom-class’ two gas turbine engines with dual diesel engines. The design flaw is expected to affect virtually all Freedom-class ships besides those that have not yet been built and will require a delicate and costly retrofit thanks to the class’ complex engine design and difficult-to-reach placement within the ship’s hull.

More recently, the Navy has armed both Littoral Combat Ship classes with potent anti-ship missiles. Of particular note in Chinese eyes are the U.S. Navy’s Naval Strike Missile, a potent ship-killer with potentially wide application potential within the Navy beyond just the LCS, and an updated, extended-range variant of the Navy’s Harpoon anti-ship missile.

Aside from simply reassessing the Littoral Combat Ship’s anti-ship capabilities, the researchers also examined trends in U.S. Navy strike group formations, from large carrier-centric battle groups to decentralized formations composed of smaller vessels but equipped with potent anti-ship capabilities and what effect this free redesign would have on Chinese naval ambitions in their near abroad.

The paper stated that the “miniaturization of USN formations is not simply a change in the composition of the formations. Rather, it is an effort to create fully balanced combat forces by integrating platform capabilities, to leverage widely distributed and dispersed combat operations to lower the probability of being detected by [enemy information, surveillance and reconnaissance systems], the paper explained.

Although the Littoral Combat Ships have been plagued with issues both mechanically and from a budgetary perspective, the Chinese view could lend credence to Navy brass that would like to see the LCS platforms stick around. Regardless, the U.S. Navy should be pleased with the Naval Strike Missile’s outside assessment and the updated, extended-range Harpoon anti-ship missile. 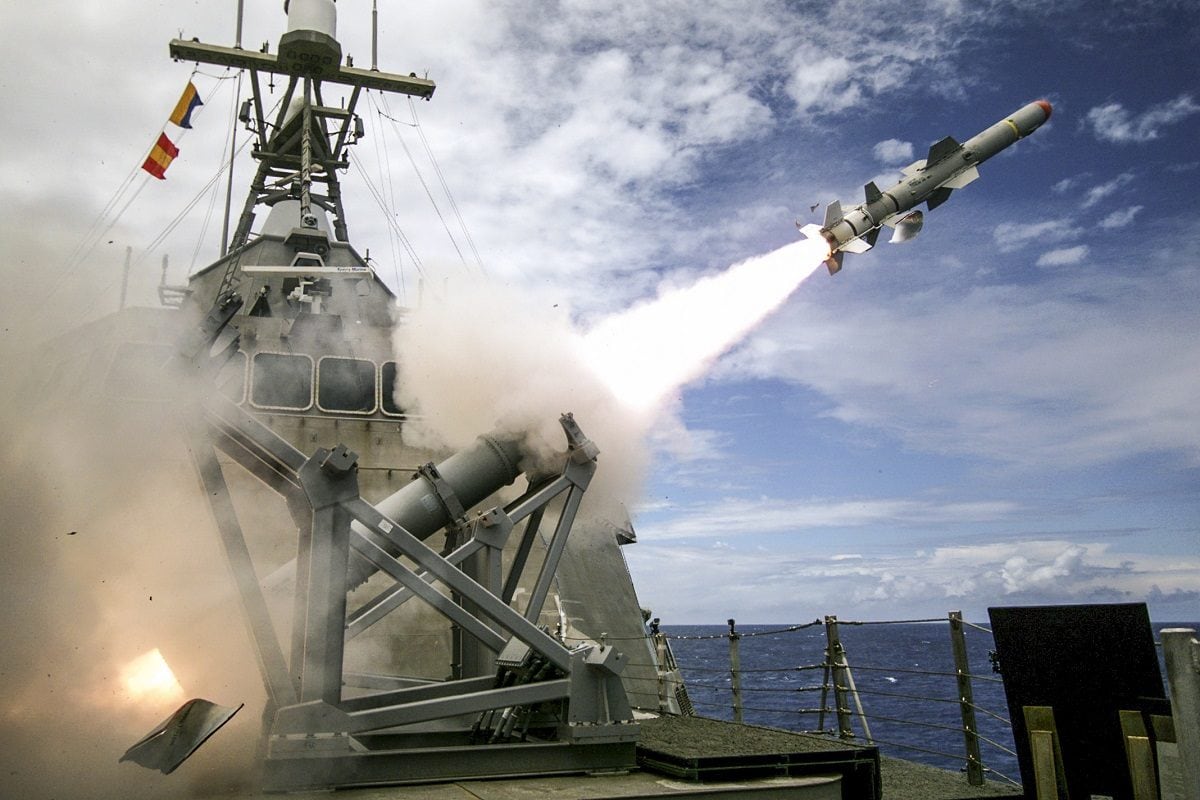 PACIFIC OCEAN (July 19, 2016) USS Coronado (LCS 4), an Independence-variant littoral combat ship, launches the first over-the-horizon missile engagement using a Harpoon Block 1C missile. Twenty-six nations, 40 ships and submarines, more than 200 aircraft and 25,000 personnel are participating in RIMPAC from June 30 to Aug. 4, in and around the Hawaiian Islands and Southern California. The world’s largest international maritime exercise, RIMPAC provides a unique training opportunity that helps participants foster and sustain the cooperative relationships that are critical to ensuring the safety of sea lanes and security on the world’s oceans. RIMPAC 2016 is the 25th exercise in the series that began in 1971. (U.S. Navy photo by Lt. Bryce Hadley/Released)