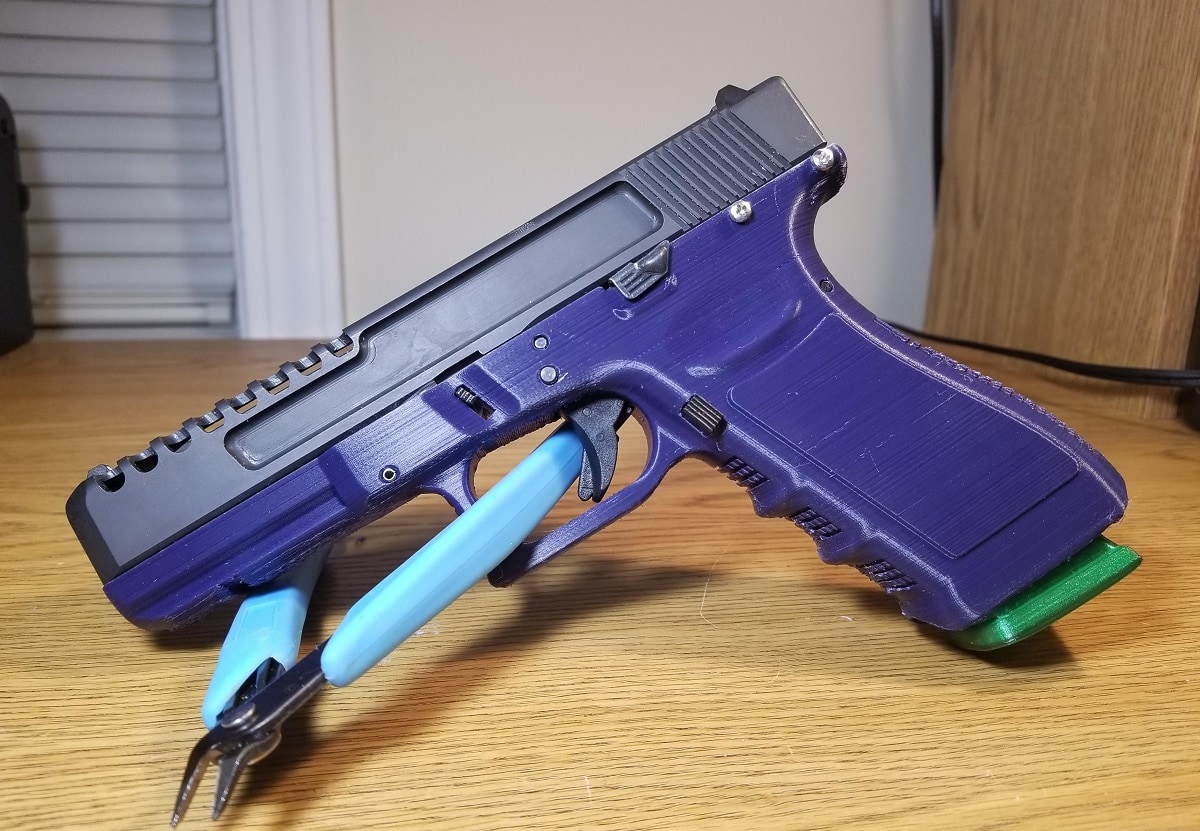 There is no question that over the past several years, 3D-printed guns have made some considerable improvements.

But according to Keegan Hamilton of Vice, the “best-known 3D-printed gun is still The Liberator, the first one ever created, in 2013. A single-shot, snub-nose pistol, The Liberator resembled a postmodern ‘Saturday night special,’ something just as likely to blow your hand off as fire an actual bullet.”

These days, the most common ghost guns can be purchased online and will cost a few hundred dollars. They usually come about 80 percent finished and all of the necessary tools are shipped with them.

Amid the proliferation of these types of hard-to-trace firearms, it has naturally “prompted alarm among law enforcement nationwide. Nearly 24,000 ‘privately made firearms’ were recovered at crime scenes from 2016 to 2020, according to a recently leaked Department of Justice report, and the number of cases where felons and other ‘prohibited persons’ were found with such guns doubled in a single year,” the magazine reported.

In an effort to garner a better sense of what these guns are able to achieve, the Vice reporter decided to enter a shooting contest in Florida that required him to build his own ghost gun.

However, “building a 3D-printed gun from scratch, as I learned, takes a lot longer than half an hour. And while there’s evidence of extremists and criminals seeking to exploit the untraceability of ghost guns, there is also a nerdy group of designers and tinkerers who insist they are strictly abiding by gun laws and enjoying a ‘very loud’ hobby,” Hamilton wrote.

The reporter eventually got advice from an expert, who warned that the entire process could take at least two days.

“You have to want to do it this way,” the expert said. “I don’t know who the person is that falls into the weird zone where they don’t want to buy a gun, they can’t buy a gun, but they really want a gun and this is the path of least resistance, as opposed to finding somebody to buy a gun for them or buying a gun illegally out of somebody’s trunk somewhere.”

Hamilton eventually settled on the Glock design, for which the plans are accessible through a website called DEFCAD. That is hosted by a company called Defense Distributed and is led by Cody Wilson, the inventor of the first 3D-printed gun.

“The files can be found elsewhere online, but Wilson’s site makes the repository easy to browse in a store-like user interface, and users must pay a $50 annual membership for access,” he writes. “To get the files from Wilson’s site, I had to verify my identity and sign up for a membership, bringing the total gun budget to just under $400, still cheaper than a brand-new Glock.”

After a long sixteen-hour process, the gun’s frame was finally ready. However, “there were a few glaring differences. For one, mine did not have a serial number; instead it had the words ‘Ghost Gun’ literally printed on the handle. It was also rough around the edges, not yet ready for the metal parts to be inserted.”

After another four-plus hours of sanding down the plastic, it was time to head to the shooting range.

“The plastic ghost Glock felt heavy in my hand. There are videos of 3D-printed guns splintering into pieces during test fires, and I was a little nervous,” Hamilton wrote.

“I squeezed the trigger and the first round pinged off a metal target fifteen yards away. The gun worked, but not perfectly. All the grinding to make the metal parts fit together caused a jamming issue. More work with the Dremel tool helped, and after several more test fires, (the expert) deemed the gun ready for competition,” he continued.