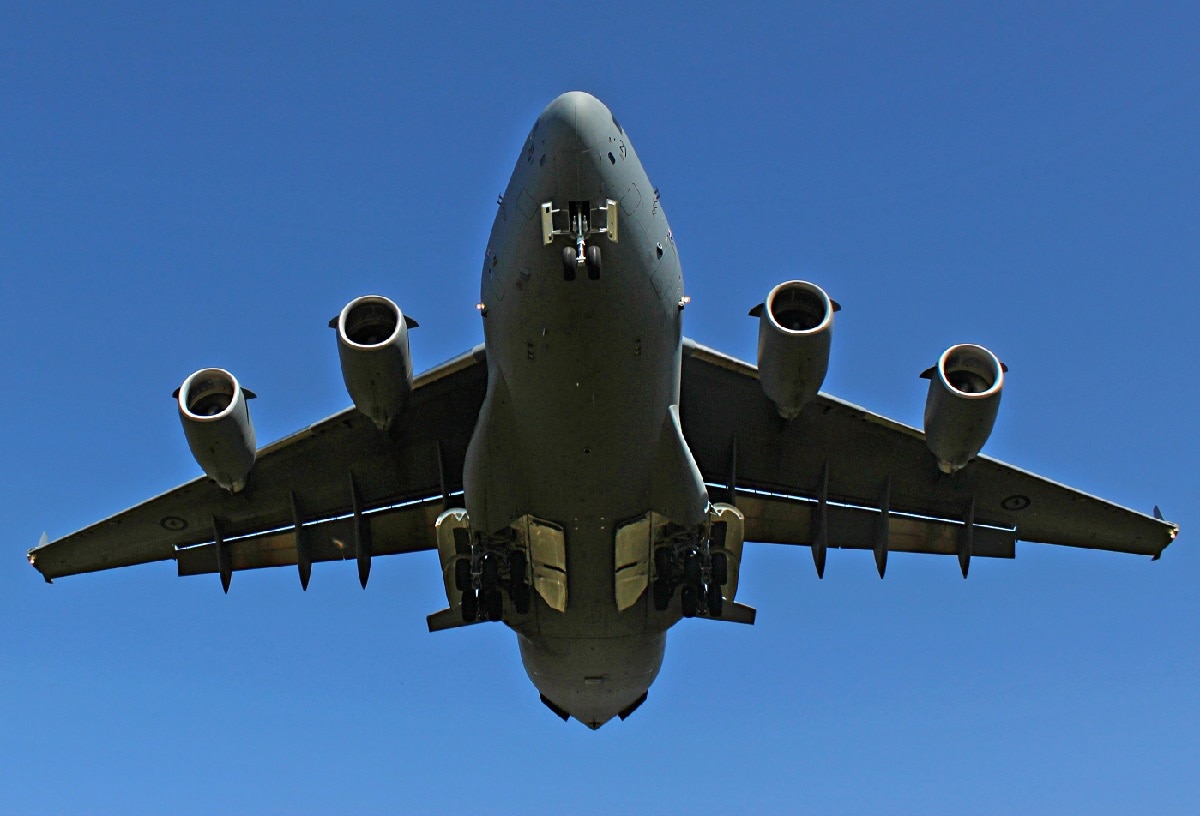 Palletized munitions would turn transports into long-range bombers — and could

How it Could Happen

In a newly released video, Lockheed Martin offered a tantalizing view of just how their palletized weapons concept would work in practice.

The palletized weapons project, called Rapid Dragon, is a joint Lockheed Martin-U.S. Air Force endeavor and seeks to give transport and cargo airplanes like the C-130 or C-17 an offensive capability.

While logistics airplanes like the C-17 or C-130 typically ferry personnel and equipment around or through battlefields, they don’t offer commanders an offensive capability. But thanks to the Rapid Dragon project, palletized munitions — essentially 6- or 9-packs of containerized missiles — could find themselves loaded onto transports.

One U.S. Air Force publication explained Rapid Dragon’s potential, saying that it could “ultimately lead to a roll-on, roll-off system that transforms mobility aircraft into lethal strike platforms that augment the strike capacity of tactical fighters and strategic bombers. The retargeting methodology used is transferrable to other strike and cargo platforms, potentially increasing lethality of all JASSM-capable strike assets. These new capabilities can provide combatant commanders additional flexibility to prosecute targets en-masse in the high-end fight, thus changing the adversary’s calculus in an increasingly complicated and dynamic near-peer conflict.”

Turning transports into ersatz bombers could be highly advantageous, especially with the kind of munitions they’re paired with during testing. For example, previous Air Force tests used a mock JASSM-ER as a mass stimulant, essentially a dummy missile — and that particular munition is worth a closer look.

The JASSM is a stealthy, long-range cruise missile specifically meant to defeat enemy air defenses. Although the base missile’s range is approximately 230 miles, the ER or Extended Range variant’s range jumps significantly to about 620 miles. A third XR or Extreme Range variant would bring engagement ranges out to more than 1,100 miles.

Long-range munitions are undoubtedly beneficial in most hypothetical theaters of conflict, but particularly so in the Indo-Pacific.

Although many small islands litter the Pacific Ocean region and theoretically offer potential landing, refueling, and rearming opportunities, they are extremely remote and out of range for American fighters flying without refueling options. So how then to defeat the Pacific’s tyranny of distance? With a long-range transport plane, paired with long-range cruise missiles.

The Air Force’s Rapid Dragon program could offer battlefield commanders a flexible option for rapidly bringing more mass to bear in a fight from previously impossible ranges. Although transports and palletized munitions aren’t the sexiest of platforms, they may prove to be some of the most potent.