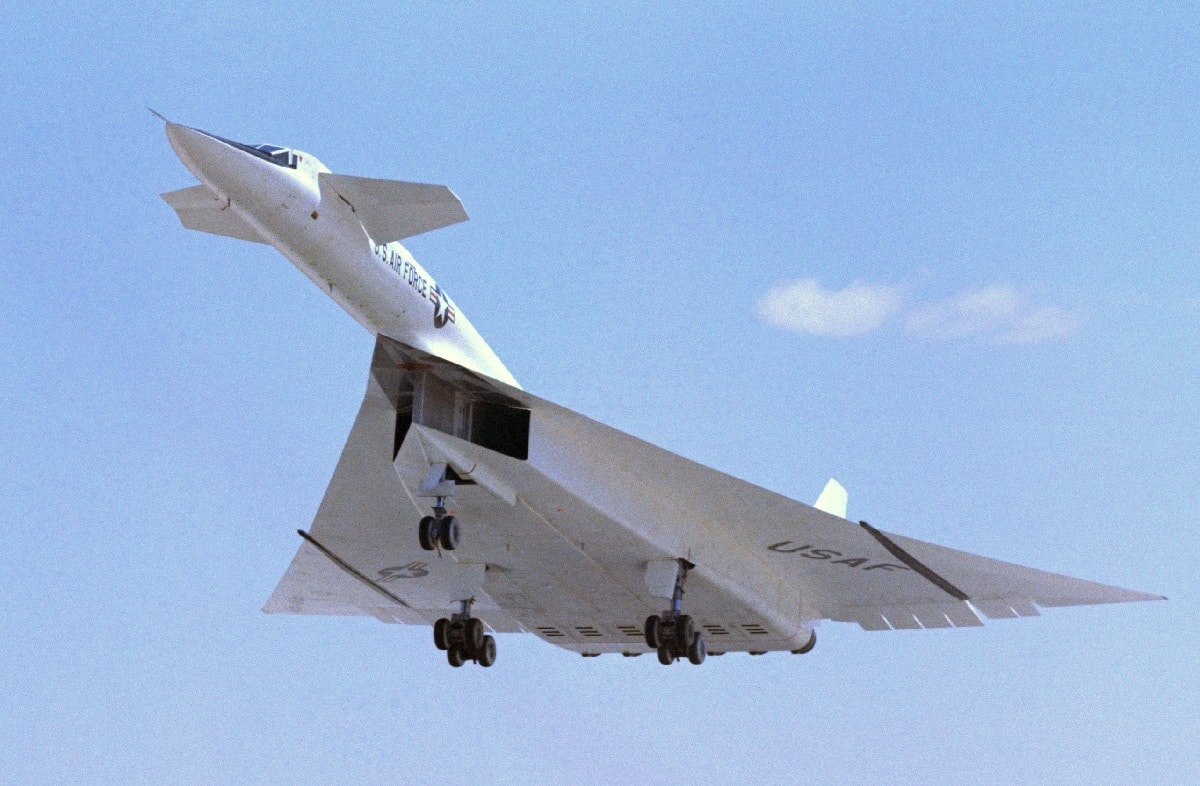 There is no question that the U.S. Air Force’s B-70 Valkyrie bomber, designed and built by North American Aviation, can indeed make the imagination run wild.

According to Joseph Trevithick of the War Zone, the supersonic aircraft holds “great prominence in discussions about advanced military aircraft that never made it into service and what might have happened if they did.”

No Shortage of Ideas

In fact, there were several different adaptations of the B-70 that were volleyed around, which included recon planes, tankers, transports, and even motherships to launch hypersonic vehicles and space-bound aircraft, among others, the expert noted.

In November 2020, the Air Force Material Command’s (AFMC) History Office touched on this topic by releasing the document titled NAA B-70 Valkyrie Variants: A Future That Never Was.

“Like flying cars, human colonies on Mars and so many other futuristic ideas, the 1950’s vision of the tomorrow was filled with grand ideas that are just now coming to fruition. As expected, aircraft engineers of the time had similar visions as they began taking their ideas from their minds, placing them on paper, then asking manufactures to bend steel and other exotic materials to create the planes of the future,” it writes.

“Engineers hoped that one vehicle, one that they perceived as the last manned bomber, could change the future of aerial bombardment. Yet, politics, money, and technological advancements put an end to the B-70 Valkyrie, a Mach 3+, nuclear-capable super-bomber. Those varying factors killed the dream even before the first vehicle rolled out of the North American Aviation assembly plant,” it continues.

Trevithick noted that “some of the concepts the Air Force historians put into their compendium were put forward in support of the B-70’s primary mission as a long-range strike platform. One of these is a self-contained ‘Alert Pod’ that go underneath the rear fuselage and obviate the need for various heavy ground equipment to get the aircraft started ahead of a mission. This would have been useful, as the name implies, for aircraft sitting on short-notice alert or if Valkyries were to be dispersed to other locations with more limited support assets.”

A different concept revealed “a Valkyrie carrying no less than fourteen ‘General Purpose Missiles,’ a proposed common missile design that looks like a mini-B-70 and that could have accommodated different kinds of warheads optimized for different target sets.”

In another one, a particular graphic outlines the installation of a terrain avoidance system for B-70 bombs.

“As surface-to-air missile capabilities of hostile countries improved, the high and fast mission of the bomber fleet became obsolete. Low-level terrain-following missions had become the new standard,” the document writes.

Not to be outdone, there’s also a “picture of a wind tunnel model of a B-70 fitted with a retractable parasail, a device that the Air Force, as well as other branches of the U.S. military, explored as a way to improve the short takeoff and landing capabilities of various aircraft.”