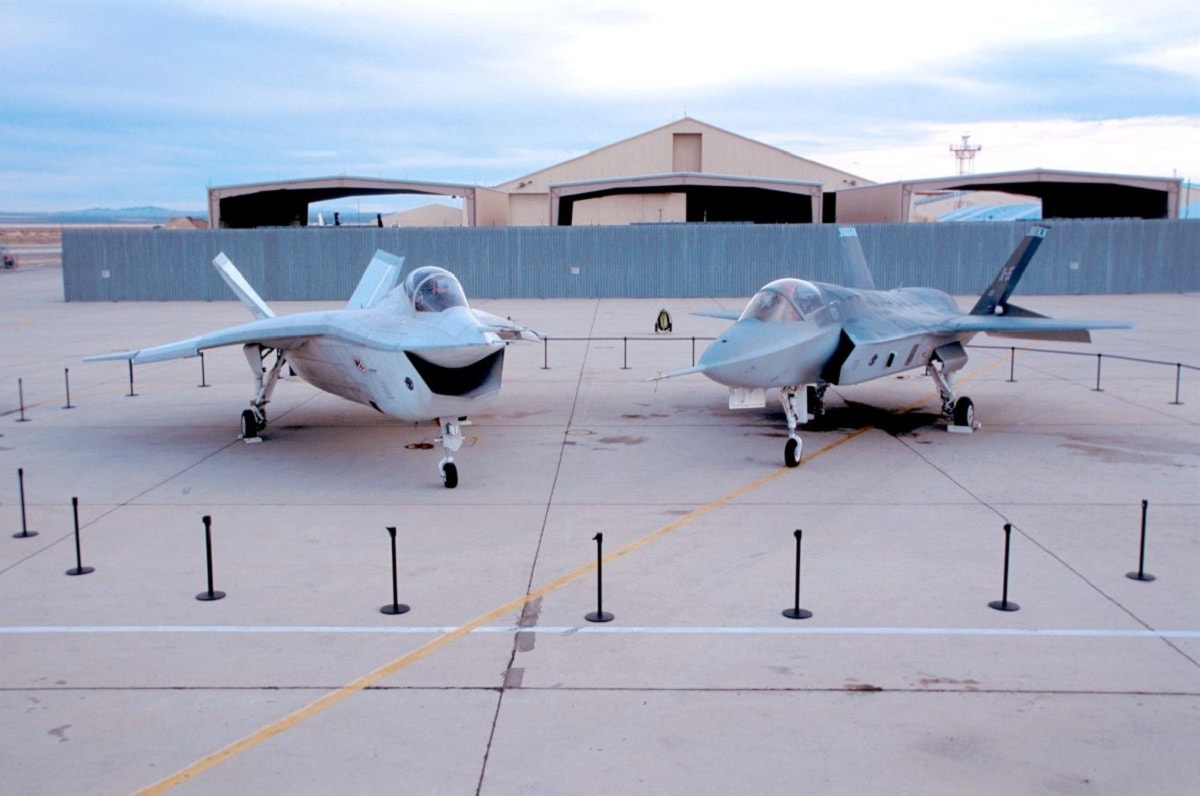 The Boeing X-32, left, and the Lockheed X-35 competed for the DoD contract to produce the Joint Strike Fighter (JSF) in 1997. Both companies received $750 million grants to build prototypes. The new single-engine, Mach-1 capable aircraft needed to be stealthy and provide robust situational awareness to the pilot during attacks on ground targets and when fighting in air-to-air engagements. It also needed to meet the specifications of the U.S. Air Force, U.S. Navy and U.S. Marine Corps as well as nation partners. Lockheed won the competition which would eventually produce the F-35 Lightning II. (photo / Boeing)

What is less known is that Boeing assembled two concept demonstrators—the X-32A and X-32B—and in September 2000, the X-32A conducted its first flight. During four months of intense testing, it made a total of sixty-six flights that also demonstrated its capabilities for inflight refueling, weapons bay operations, and supersonic flight.

On the other hand, the X-32B took to the air for the first time in March 2001 and eventually made nearly eighty test flights over four months.

According to the Aviation Geek Club, “the aircraft successfully transitioned to and from STOVL flight mode by using its direct-lift system to redirect thrust from the aircraft’s cruise nozzle to the lift nozzles. The X-32B also demonstrated its ability to hover and make vertical landings.”

With this in mind, one of the more popular questions circulating today is whether the Boeing X-32 was indeed more advanced than the Lockheed Martin X-35.

David Tussey, a former U.S. Navy pilot, recently wrote on Quora that “of note was that the X-32 arrived at the competition nearly a month before the X-35. It was ready to go, and clearly had the early lead.”

He went on to list some aspects of the Boeing X-32 that were better than the Lockheed Martin X-35. “Probably cheaper. The X-32 took a less complex design, more manufacturable approach. And the proposed final design, which was different from the prototype, was much more conventional (dropped that one-piece delta wing),” Tussey contended.

Tussey later concluded that “one can only imagine what the designs would have looked like had the STOVL requirement been dropped. Once the Lockheed thrust-fan was proven to work, the competition was all over.”

Aviation expert David Rendall noted on the same site said that what would have become the Boeing F-32 may have indeed possessed some advantages but it would have been plagued by similar issues as the Lightning II.

“Boeing hadn’t fully appreciated the naval aspects of control in carrier landings and so had to start afresh after they finalized the X-32. It was a huge error on their behalf and was one of the reasons they lost the deal, X-35 was much closer to the final product,” he said.

“Most of the problems with F-35 have come from new avionics and coding issues and maintenance of the stealth outer coating. These would have been the same systems and materials used on F-32 so it would have had many of the same delays and problems on top of it needing a couple more years in the wind tunnel,” he continued. 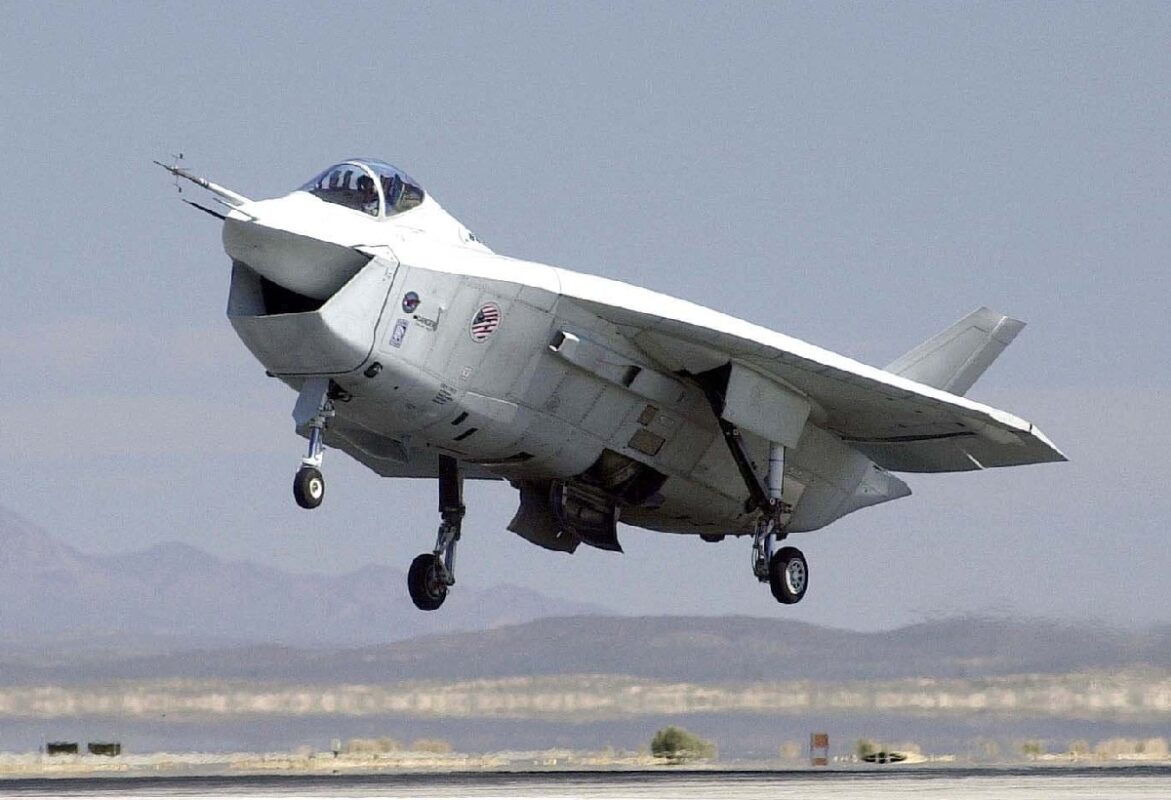