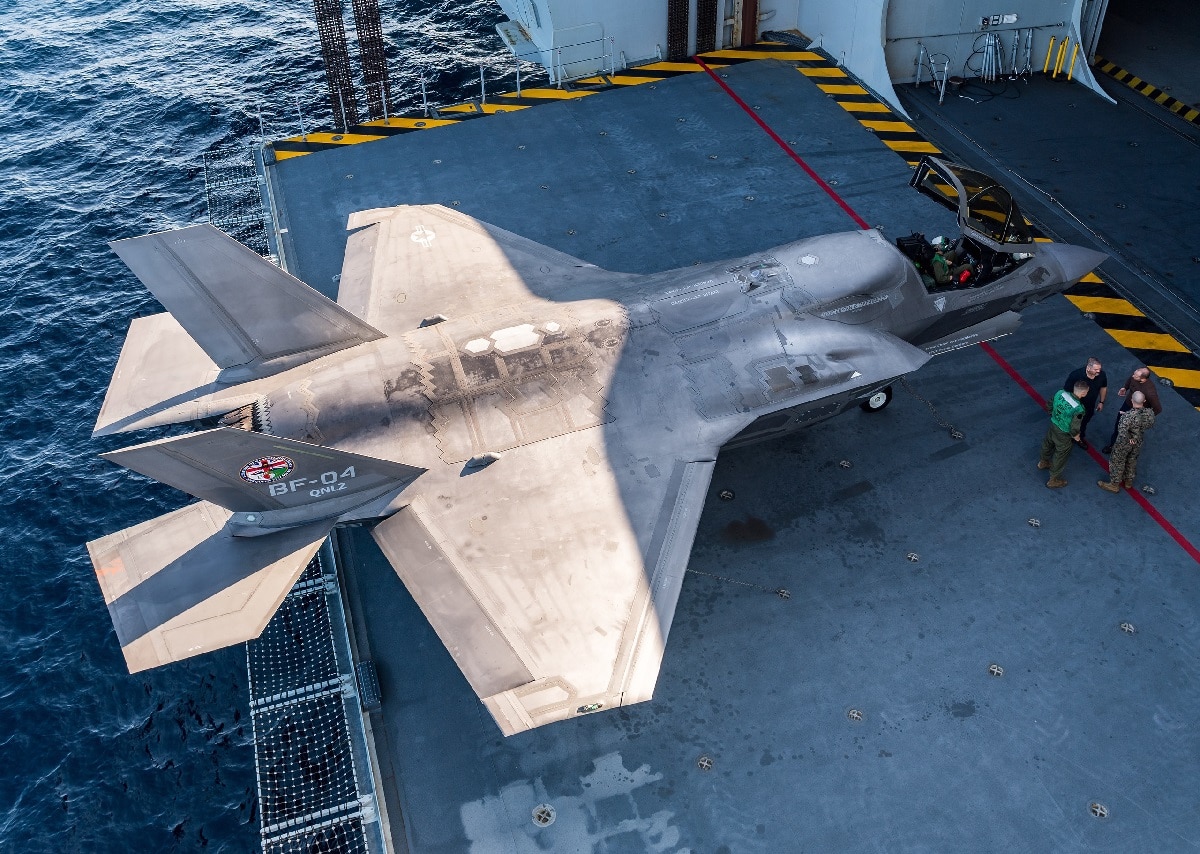 Interoperability with the Marine Corps would be a boon to Japanese forces.

The United States Marine Corps’ F-35B will operate off of Japan Self-Defense Forces ships as soon as this year.

More specifically, USMC F-35Bs will fly off of and on to Japan’s Izumo-class multi-purpose destroyers. Though nominally classified as destroyers, the ships can more accurately be described as helicopter carriers, in essence, small aircraft carriers that can launch and recover various helicopters and vertical take-off and landing-capable airplanes like the Marine Corps’ F-35Bs. However, Japan eschews the term carrier due to constitutional limitations on Japan’s military, explicitly and exclusively tasked with self-defense.

“We’re not going to go on deployment but we’re actually going to fly U.S. Marine Corps F-35s off of a Japanese ship,” Marine Corps Commandant Gen. David Berger explained during a talk on the United States Marine Corps.

Japan’s Izumo-class ships would require modification to accommodate Marine Corps F-35s. In addition to adding deck lines and other surface markings needed for fixed-wing aircraft landing, the decks themselves would have to be treated with a heat-resistant coating necessary to dissipate hot F-35B exhaust during take-off and landing.

In addition, the ships would have to modify their bow shapes to increase available deck space from the current trapezoidal design to a rectangle. The Izumo-class interior layout would also need to be modified to handle F-35B flight operations and logistics better.

Although the proposed Izumo-class modifications are ostensibly for Marine Corps aircraft, Japan is slated to receive 42 of their own F-35Bs in late 2022 or 2023. In addition, although currently, the Izumo-class helicopter carriers embark with 9 helicopters, once modified for F-35B operations, experts believe the class could host a dozen or more airplanes, with a surge capacity of about 28.

It is not the first time that the United States Marine Corps aircraft have operated with other partner navies. For example, USMC pilots trained earlier this year while aboard the HMS Queen Elisabeth, one of the Royal Navy’s two aircraft carriers.

This could be changing, however. Thanks to initiatives like the Quad — an informal defense cooperation agreement between the United States, India, Japan, and Australia — a consensus has coalesced on the need to counter China by presenting a strong and cooperative front.

The United States’ top Marine is optimistic about the future. “I think the watching the Quad sort of slowly, quietly, get off the ground, is a great thing,” Gen. Berger explained. “There are already existing frameworks for how we share information with Australia, Japan, Korea, South Korea, the Republic of Korea, the Philippines, but they’re one to one arrangements. On the bright side, I would watch carefully, things like the deployment of the Queen Elizabeth to right now.”