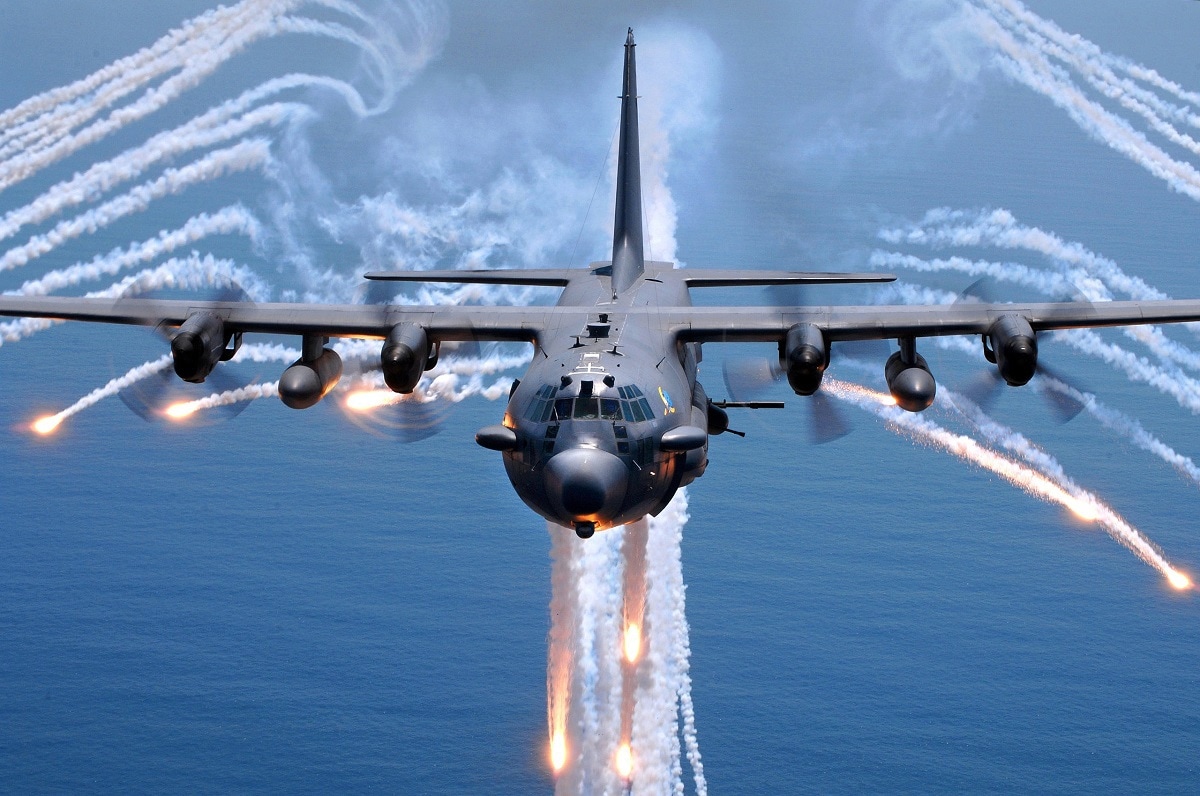 For nearly seventy years, the Air Force C-130—a four-engine turboprop military transport aircraft designed and built originally by Lockheed—has been engaged in just about every aspect of transporting weapons, resources, and people.

“The workhorse of the Air Force combat airlift fleet, the C-130 Hercules has been in service for more than half a century,” Military.com writes.

There is, however, one thing that it hasn’t mastered yet—and that is that it has yet to land on water.

According to Task & Purpose, “that could soon change if Air Force Special Operations Command has its way. The command is working with private companies and the Air Force Research Laboratory to modify its MC-130J Commando II transports so the turboprop aircraft can land on water as well as terra firma. In other words: C-130s, prepare to become ducks.”

It continued: “The effort, called MC-130J Commando II Amphibious Capability (MAC, though ‘quack’ is perhaps a better fit), is meant to give AFSOC more options for getting special operations teams into and out of the fight, and for landing where airstrips might not exist.”

Apparently, the Air Force is aiming to move quickly on this endeavor. According to the press release, it hopes to put on “an operational capability demonstration” in only seventeen months.

“To churn one out that fast, the service is testing a digital version of the plane in a simulator called the Digital Proving Ground, which is just as good as the real thing up to a certain point in the development process,” the online publication writes.

“Being able to experiment with existing technology to evaluate design tradeoffs and test a new system before ever bending metal is a game-changer,” noted Maj. Kristen Cepak, AFSOC technology transition branch chief.

In what may come as a surprise, do take note that in the 1960s, Lockheed thought up an amphibious C-130 Hercules with a boat-like hull. The Air Force wasn’t in favor of going forward with that idea, but the Navy eventually conducted studies with a radio-controlled scale model.