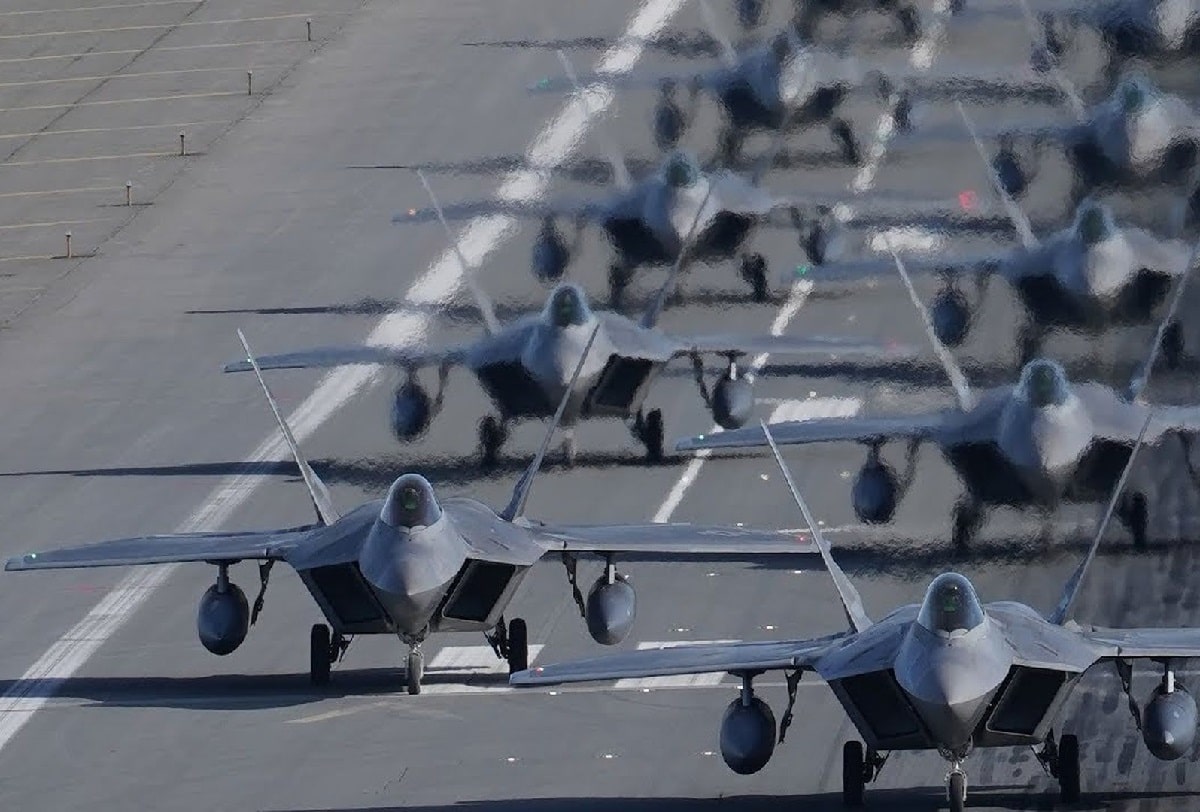 The Lockheed Martin F-22 Raptor—an American single-seat, twin-engine, all-weather stealth tactical aircraft—long has been considered one of the deadliest fighter jets ever built largely due to its unmatched maneuvering and dogfighting capabilities.

“The Collier Award-winning F-22 Raptor has delivered on its promise to provide unprecedented air dominance,” the aerospace company says on its website.

“The 5th Generation F-22’s unique combination of stealth, speed, agility, and situational awareness, combined with lethal long-range air-to-air and air-to-ground weaponry, makes it the best air dominance fighter in the world,” it continues.

However, according to the EurAsian Times, “a relatively lesser-known fact is that Lockheed Martin also designed a bomber version of the Raptor—the FB-22, which was even more ill-fated than its fighter jet ancestor.”

It was back in the mid-1990s when Lockheed Martin, General Dynamics, and Boeing came together to develop a prototype YF-22, which was seen as a replacement for the F-15.

However, after the collapse of the Soviet Union after the Cold War, “the demand for F-22 subsided since the U.S. didn’t need a stealth air superiority fighter for either competing with a rival nation or for its global War on Terror. Thus, the U.S. Senate voted to end the Raptor’s production in 2009. Overall, less than 190 F-22 were built, and the USAF received the last Raptor in 2012.”

Amid the Raptor’s success, Lockheed Martin in 2001 conducted a study to dig deeper into the viability of developing a bomber platform from it.

“To reduce manufacturing costs, Lockheed attempted to utilize as many designs and parts from the F-22 as possible. The plan was to lengthen and widen the fuselage to create space for a co-pilot/navigator who could take over flight duties on extended missions. This would also increase the payload capacity of the bomber,” the Times writes.

“The design envisioned considerably larger wings, with a different sweep angle that would form a modified delta shape. This was to optimize the bomber for longer-range operations. These would’ve been so-called ‘wet wings’, capable of storing quite a lot of fuel internally. The FB-22 was also to have a weapons bay that would be positioned underneath the bomber’s wings, apparently without hampering the plane’s stealth characteristics. Since the aircraft would have a wider and more elongated bomb bay, it would have carried over four times the amount of munitions compared to the F-22,” it continued.

Not only would the FB-22 have been able to carry more munitions, but it would also boast a range of 3,000 kilometers—nearly triple that of the Raptor.

“However, this would still be significantly less than the B-2’s nearly 11,265 km range. The bomber was also expected to have a top speed of Mach 1.92. … This plan did not materialize. After the 2006 Quadrennial Defense Review, this project was canceled as the DoD wanted a bomber with greater range,” the Times writes.