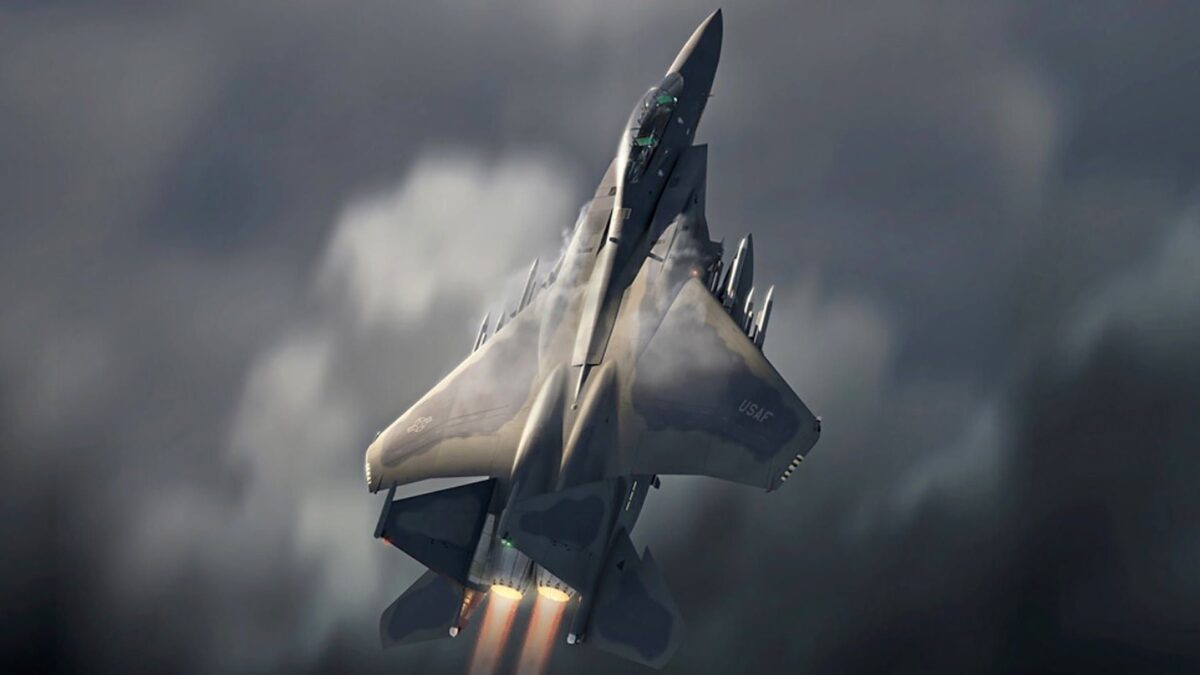 A new F-15 has arrived: The first two of the flying branch’s 144 brand new F-15EXs were delivered this year. The total sale, a windfall to Boeing, has a sticker price of $23 billion.

One of the big selling points of the F-15EX platform is its ease of use. Since the Air Force already has the largest F-15 fleet in the world, transitioning to the newer F-15EX would be a breeze.

According to Boeing, the manufacturer, the “F-15EX requires no logistics chains, training squadrons, infrastructure modification, program offices or even weapons integration. Units converting to F-15EX can transition within weeks or months, not years, of receiving new aircraft. These benefits, combined with the lowest cost per flight in its class, make F-15EX the total life cycle solution to meet U.S. Air Force capacity requirements.” Units in transition would include not just pilots, but mechanics and ground support personnel as well.

The F-15EX is a “two-seat fighter with U.S.-only capabilities. It features a deep magazine that can carry a load of advanced weapons,” but that’s not the only feature worth noting. “The most significant difference between the F-15EX and legacy F-15s lies in its Open Mission Systems (OMS) architecture. The OMS architecture will enable the rapid insertion of the latest aircraft technologies.”

Dr. Will Roper, the so-call Tsar of Air Force Acquisition, Technology and Logistics praised the F-15EX’s digital capabilities in particular, saying “the F-15EX’s digital backbone, open mission systems, and generous payload capacity fit well with our vision for future net-enabled warfare,” stressing the platform’s future flexibility. “Continually upgrading systems, and how they share data across the Joint Force, is critical for defeating advanced threats. F-15EX is designed to evolve from day one.”

The other area in which the new F-15EXs could prove their worth are in replacing the Air Force’s older F-15Cs. Originally designed in the 1970s, the Cs are now subject to speed and G-loading resections to prevent damage to their airframes, a severe capability hinderance.

Despite the aforementioned capabilities, the F-15EX is not without its critics. According to some estimates, the F-15EX won’t be survivable on battlefields against peer or near-peer rivals as soon as 2028. However, this may be an acceptable limitation. Though its front-line fighter days are probably over, the new F-15EX could be used for enforcing no-fly zones, homeland defense, or delivering stand-off munitions in fights with no or limited air defenses.

Herein lies the real reason the Air Force is going big on the revamped, but decidedly old platform: with 144 F-15EXs in the sky, 144 other more capable jets would be freed up for duty stations elsewhere. Partly due to the F-22’s premature production end, and difficulties in acquiring F-35 parts thanks to Turkey being booted from the F-35 program, higher-end planes have been pulling lower-end duty. Not anymore.