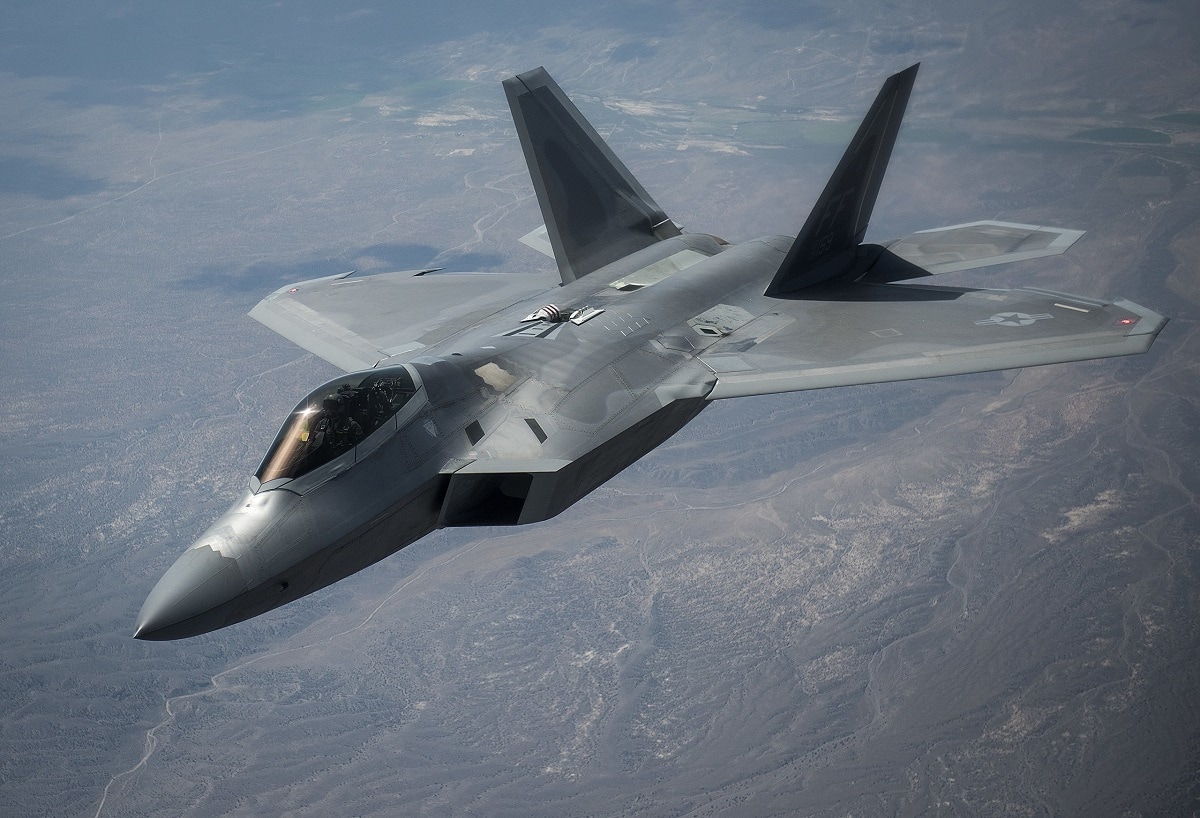 The only pilot to have flown an F-22 Raptor and the Eurofighter Typhoon had this to say about the European design.

The Eurofighter Typhoon was a multinational design effort that originally included Italy, France, Germany, the United Kingdom, and Spain, though France later dropped out of the program due to disagreements over the design.

The Typhoon’s airframe is a delta-shaped design with two forward canards that provide additional lift and maneuverability. The Typhoon was designed to be a highly capable air-to-air combat aircraft, and has a quadruple-redundant fly-by-wire system that compensates for the airframe’s inherently unstable—but maneuverable—design.

One of the Typhoon’s few drawbacks is its lack of stealth capabilities.

The former Air Force Chief of Staff Gen. John P. Jumper is the only person that has flown both the Eurofighter Typhoon and the F-22 Raptor. Though Jumper said that both aircraft are capable, they’re fundamentally different, “they are different kinds of airplanes to start with,” Jumper said. “It’s like asking us to compare a NASCAR car with a Formula 1 car. They are both exciting in different ways, but they are designed for different levels of performance.”

Especially with an externally carried weapons load, the Eurofighter has a significantly higher radar signature than the F-22, arguably the world’s stealthiest fighter. Still, some of the Eurofighter’s weapons are partially recessed into the fuselage, which would help minimize radar return signature. Additionally, the air intake ducts are s-shaped rather than a straight-through design, which helps conceal the engines from enemy radar.

Despite these radar-reduction measures, the Eurofighter has prominent canards and control surfaces right below the cockpit, which are inherently unstealthy. Popular Science outlines why canards are detrimental to stealth, “designing a stealthy canard is difficult, particularly if the canards are big enough to enable the airplane to recover quickly from an extreme nose-up attitude.” This is thanks to the extra control surfaces that can return an enemy radar signal—the more control surfaces there are, more opportunities for a radar signal to return. What the Eurofighter lacks in stealth however, it makes up for in maneuverability.

General Jumper highlighted the aerobatics of the Typhoon, “the Eurofighter is certainly, as far as smoothness of controls and the ability to pull (and sustain high G forces), very impressive,” Jumper explained.” That is what it was designed to do, especially the version I flew, with the avionics, the color moving map displays, etc.—all absolutely top notch. The maneuverability of the airplane in close-in combat was also very impressive.”

One of the changes that has been suggested and tested, was pushed for by the United Kingdom’s Royal Air Force. The RAF wants conformal fuel tanks, which would free up space underneath the Typhoon for additional weaponry.

These tanks, which look like large blisters, are of an unknown volume, but would increase the range of the Typhoon. Though CFTs do add additional drag, there are instances where they are beneficial to an airframe’s flight characteristics.

The Typhoon is projected to stay in service with the United Kingdom, Spain, Italy, and Germany until the mid- 2030s or early 2040s, when it will be replaced by newer, sixth-generation stealthy designs. Until then, the Typhoon will fly on.

Caleb Larson holds a Master of Public Policy degree from the Willy Brandt School of Public Policy. He lives in Berlin and writes on U.S. and Russian foreign and defense policy, German politics, and culture. This first appeared earlier this year and is being reposted due to reader interest.