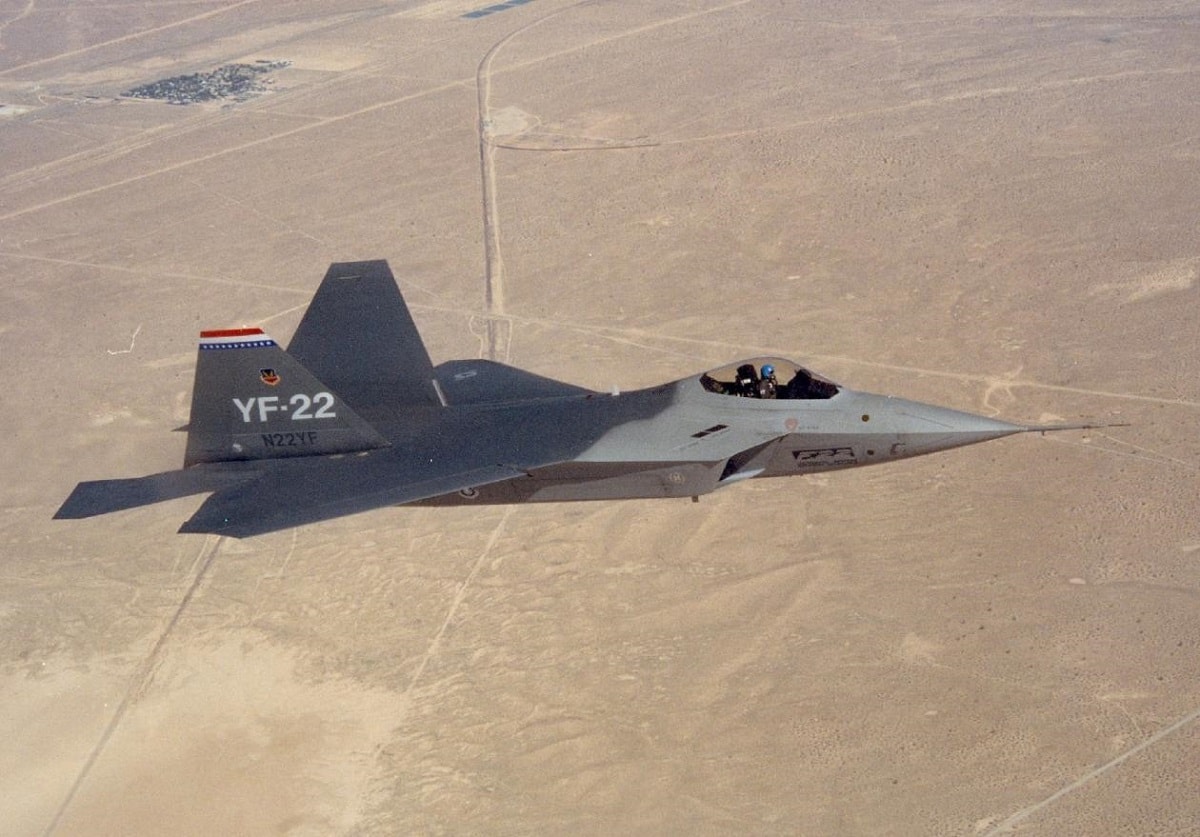 It was back in 2018 when former President Donald Trump told the media during a news conference that the United States had successfully delivered F-52 fighter jets to Norway in a $10 billion deal.

“We have a total of fifty-two and they’ve delivered a number of them already a little ahead of schedule,” he continued.

That statement, however, was obviously a mistake—as there is no such thing as an F-52 jet in the U.S. Air Force. They are only seen in the context of a popular video game called “Call of Duty: Advanced Warfare.”

In his defense, the former president likely read the comments from a prepared statement and mistook the total number of aircraft in the deal—which was fifty-two—for part of a designation for a separate jet.

However, that F-52 seen in the video game isn’t entirely fiction either. The origins of that next-generation aircraft are able to be traced back to the real world—as it is clearly based on early 1990s-era Lockheed Martin concept designs for the Naval Advanced Tactical Fighter and the later A/F-X.

Both of them were linked to the YF-22 demonstrator aircraft that eventually became the F-22 Raptor.

Congress had previously ordered the Advanced Tactical Fighter program be overseen by both the U.S. Air Force and the Navy. Then the Navy eventually settled on a variant of the YF-22 design—which, in the end, was an unconventional hybrid of a Raptor and an F-14 Tomcat.

Sherm Mullin, the Lockheed Skunk Works lead for the ATF program, noted that “the team, working hard on every detail of our NATF (Naval Advanced Tactical Fighter) design in late 1989 and early 1990, produced a very stealthy swing-wing fighter that could supercruise. It was very suitable for carrier operations.”

He continued: “The Navy still got a vote in the ATF competition, and, as we found out later for certain, it cast it for our F-22 team.”

The Navy didn’t hide the fact that it disliked the naval derivative of the YF-23, which featured a less-than-appealing canard configuration. Because the Navy’s reaction was so encouraging, Lockheed later pitched a modified version of its NATF proposal for the AF-X project that the Navy eventually canceled in favor of the Joint Strike Fighter program.

Do know that the F-52 might be available only to video game enthusiasts, but the F-35 is very real—which is often considered as the most lethal and versatile aircraft of the modern era.

Former Defense Secretary James Mattis once called the F-35 “critical” for America’s air superiority and applauded its ability to integrate seamlessly with allies who have purchased the jet.