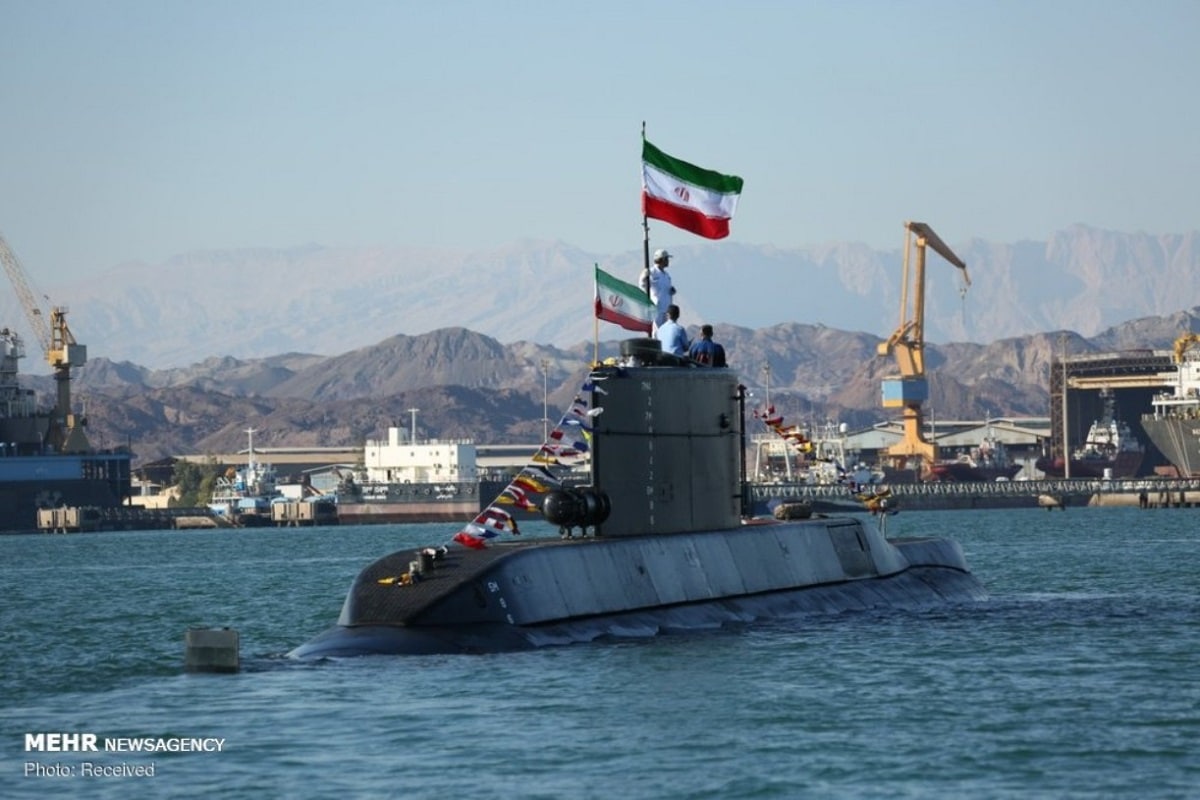 The Iranian Navy has several types of submarines in service—mostly small-sized hulls based on North Korean designs. Tehran’s military machine is heavily dependent on other country’s weapon designs, be they Soviet tanks or American planes, although the Iranian navy’s newest submarine is the product of an indigenous design. Meet the Fateh-class submarine.

Iranian state television released footage of a recent military exercise, and among the aged weapon systems seen in the video, Iran’s new Fateh-class submarine also made a brief appearance. In the clip, the Fateh submarine can briefly be seen sailing on the surface. Though not large by submarine standards, the Fateh-class nonetheless has some notable capabilities.

The Fateh is a little over 150 long and its displacement is around 600 tons, making it much larger than Iran’s other, smaller midget submarines. The Fateh carries some sort of canister rear of the sub’s sail which would likely be used by special operations forces for weapon or equipment storage.

Although the Fateh-class lacks vertical launch tubes, it does have four torpedo tubes at the bow that could likely launch the Iranian Jask-2 anti ship missile. The missile could indeed pose a real threat to surface ships, but the Fateh-class’ lethality is somewhat hampered by its very small weapon load-out, estimated to be a paltry six torpedoes and/or missiles.

Once all onboard weapons would be fired, the Fateh would be forced to make a dangerous trip back to port for more ammunition, leaving the submarine dangerously exposed. This may not matter however, thanks to Iran’s unique geography.

Despite the new submarine tech, Iran’s indigenous submarines pale in comparison to larger, more modern designs from Russia, China, the United States, Germany—just about anywhere. In a blue-water fight against any other submarines, Iranian subs would fare poorly. But Iranian submarines aren’t intended for a deep water fight.

Iran’s submarine fleet is more or less littoral in nature, intended to give the American Navy pause for thought—thanks to naval mines. The Persian Gulf’s shallow waters and small, cramped channels could relatively easily become clogged with Iranian naval mines in order to hamper naval operations—and Iran has mines a-plenty.

Mines are an extremely cost-effective way to deny a more powerful adversary access to parts of the ocean. During the first Gulf War, Iran was able to mine large parts of the Persian Gulf, necessitating time consuming de-mining work. Along with fast Iranian speed boats, mines may be the single greatest threat to the U.S. Navy in the region.

Though limited by how many weapons it can carry onboard, the Fateh-class could still pose a serious threat in the close, cramped Iranian waters. One this is however clear: Iranian submarine manufacturing is slowly but surely advancing. While still greatly outclassed by virtually every other submarine, the Iranian submarine threat is growing.

Caleb Larson is a Defense Writer based in Europe. He holds a Master of Public Policy and covers U.S. and Russian security, European defense issues, and German politics and culture. This first appeared earlier and is being reposted due to reader interest.