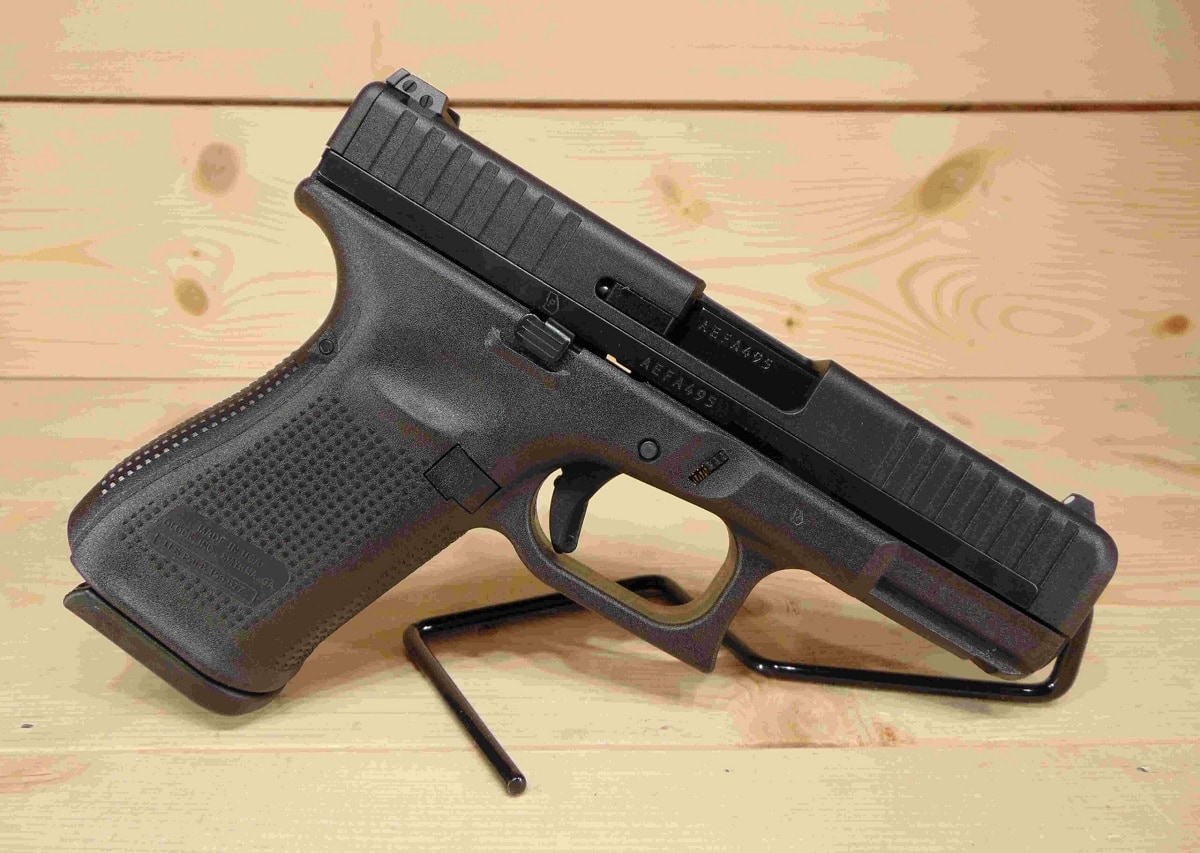 Glock’s pistol lineup has steadily increased since the Austrian company introduced its legendary Glock 17 to the world in the mid-1980s. Now, the company offers a wide variety of pistols in various calibers, frame sizes, and lengths.

Though some of the company’s compact and subcompact pistol sizes in 9mm and other chamberings are now among the most well-known of the Glocks smaller-sized pistols on offer, there is another small Glock that is worth looking at: the Glock 44.

The Glock 44 is Glock’s only pistol chambered in .22 Long Rifle, a small but incredibly long-lived cartridge that has remained in continuous production since the mid-1880s. Despite the small cartridge, Glock says that the G44’s overall dimensions are the same as their G19 Gen5, a compact pistol chambered in 9x19mm and would likely make perceived recoil very minimal.

The G44 has several features that make it stand out as a small-caliber pistol, ideal for both new shooters and weekend plinkers. For example, the G44 uses interchangeable backstraps that come in several sizes and ensure a solid grip regardless of hand size. The G44 also comes with standard 10-round magazines, which though a lower capacity than some of Glock’s other offerings, are aided by a loading assist tab.

The New and Improved Gen 5

Like Glock’s other pistols, the company built the G44 around Glock’s Marksman Barrel, a unique barrel design that forgoes traditional grooved barrel rifling in favor of a polygonal barrel. Glock maintains that this design provides a better seal between the bullet and the barrel wall, which prevents propellant leakage and less bullet deformation. Both of these qualities translate into reduced barrel fouling, less wear, and better accuracy downrange. In the case of the G44, the little gun’s barrel is 102 millimeters, or 4.02 inches long.

The introduction of Glock’s Gen 5 models introduced several improvements over the previous Gen 4. One of these Gen 5 improvements is additional serrations added to the front of the slide. This feature is also carried over to the G44 and provides an extra tactile surface for shooters to grip when charging the pistol. The G44 also has a small accessory rail forward of the trigger underneath the barrel to attach various accessories like a combat flashlight.

Also in keeping with Glock tradition, the G44 has a metallic slide mated to a polymer frame, though, in the G44’s case, the slide is a hybrid metal-polymer design. The G44 also features Glock’s nDLC (diamond-like carbon), a metal surface treatment that gives the little pistol high corrosion and scratch resistance. For a plinker like the G44, however, the coating might not be essential. 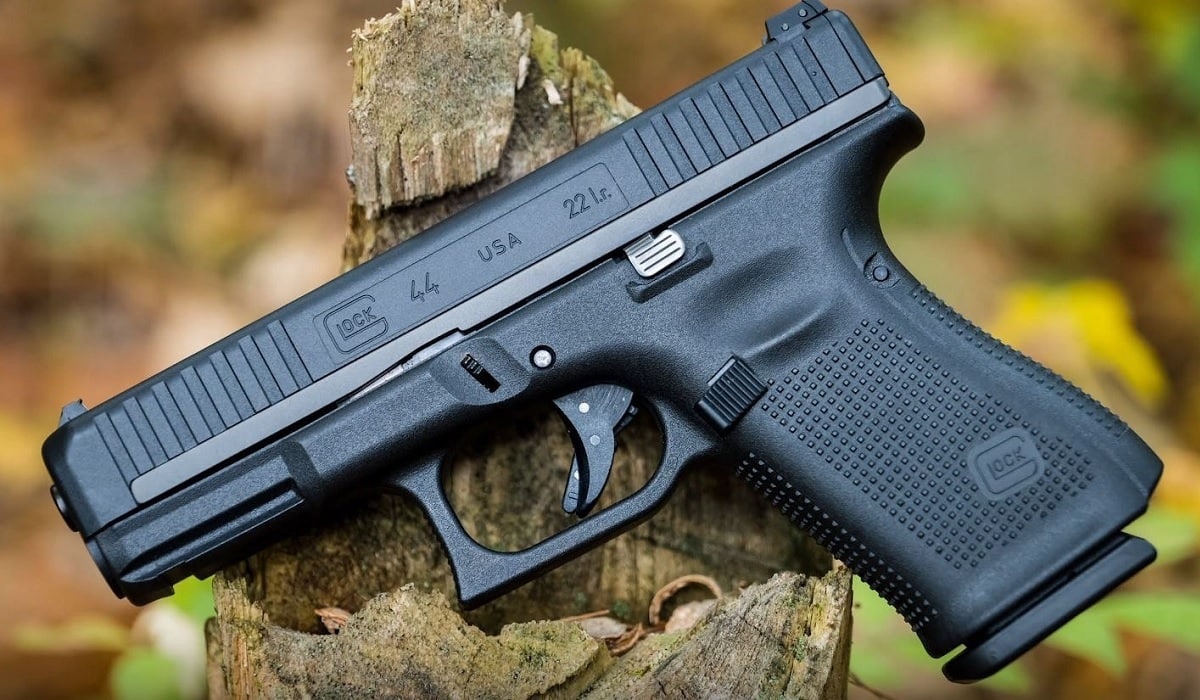 Despite the G44’s relatively small caliber, the design does not sacrifice any of Glock’s reputation for quality, accuracy, and longevity. For those looking for a reliable .22 plinker, the G44 provides a solid option.