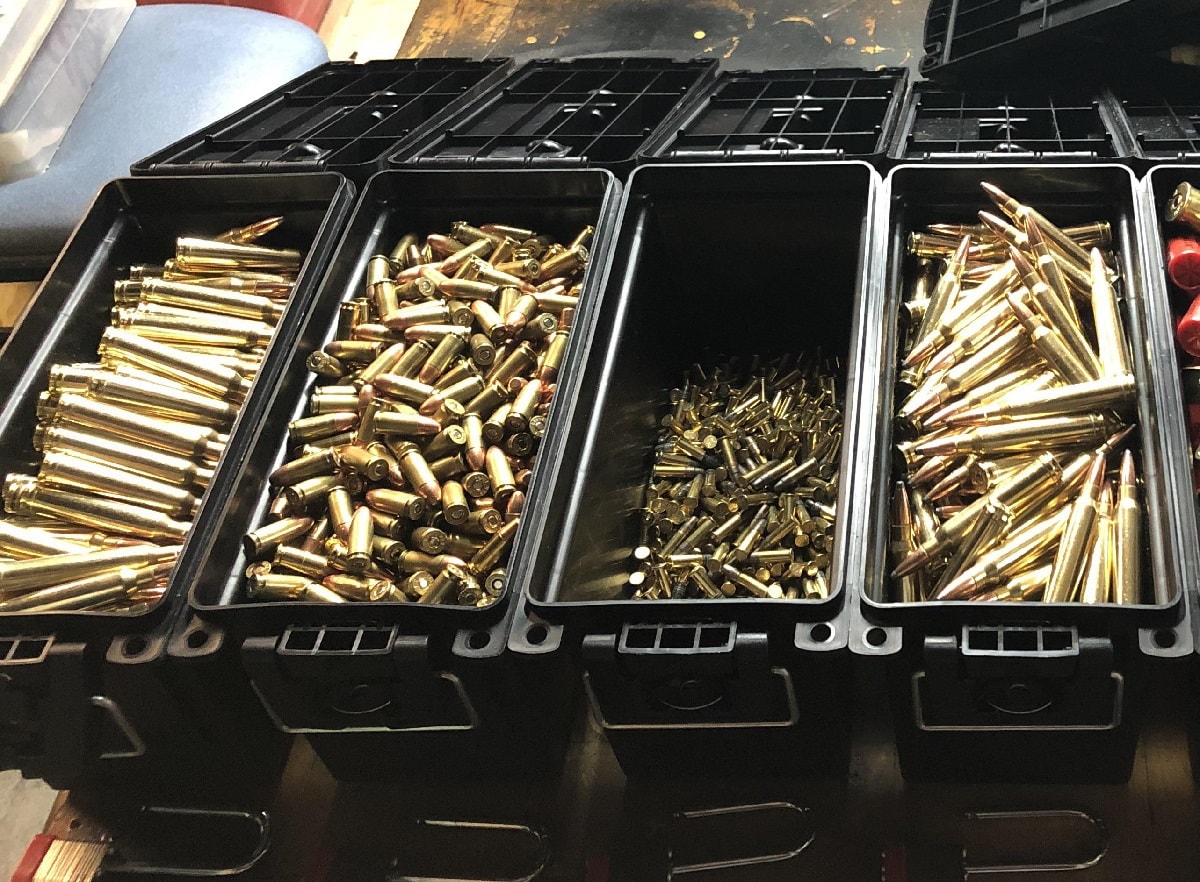 The ammunition shortage that has plagued American gun owners and police departments for more than a year has been blamed on various factors, from skyrocketing demand that hasn’t been met by supply, to some constrained demand due to the pandemic and last year’s Remington bankruptcy.

But now, there’s another emerging talking point about the shortage–that it was somehow purposely engineered by the Biden Administration, as part of a “Russian ammunition ban.”

Here’s what really happened: On August 20, the State Department announced new sanctions on Russia, in response to the August 2020 poisoning of Russian dissident Aleksey Navalny. The sanctions, under the Chemical and Biological Weapons Control and Warfare Elimination Act of 1991, were related to Russia’s reported use of a nerve agent to poison Navalny.

The sanctions included that “restrictions on the permanent imports of certain Russian firearms [and] new and pending permit applications for the permanent importation of firearms and ammunition manufactured or located in Russia will be subject to a policy of denial.” Also part of the sanctions was “additional Department of Commerce export restrictions on nuclear and missile-related goods and technology pursuant.” Sanctions were also imposed on some individual people and organizations.

The second set of sanctions against Russia was announced since Biden took office — the first, in April, was in retaliation for Russian cyberattacks in both the SolarWinds incident and the 2020 U.S. election — the new restrictions went into effect September 7 and will remain in place for at least one year.

A chart published by Small Arms Analytics earlier this year stated that Russia was the top importer of ammunition to the U.S. in 2020, with over 765 million units, out of about 3.45 billion units total. Mexico, Italy, the Czech Republic, Brazil, and Serbia were next on the list. Possibly due to previous restrictions, Russia was not in the top ten for importers of guns in 2020. The numbers cited the U.S. International Trade Commission.

Figures are not available for how many total units of ammunition were sold in the U.S. in 2020, but Ammoland estimated that the annual ammunition manufacturing capacity for the U.S. is now about 9 billion rounds.

Now, some chose to react to the sanctions by noting the likely effect on the existing weapons shortage.

“The full effect of this new policy will likely not be realized for a few months, but it will certainly lead to more ammunition shortages, higher prices, and therefore fewer Americans excising their fundamental rights,” the National Rifle Association’s Institute for Legislative Action said in a statement last month. “It may also result in the shuttering of American small businesses that rely heavily on the importation of Russian ammunition. All of this is of course by design for the Biden Administration.”

The libertarian publication Reason said that the import ban is more likely to hurt gun owners than Vladimir Putin, and while also noting that Navalny himself is on the record as opposing further such sanctions.

“Ammo sales make up only a tiny fraction of Russia’s GDP, but account for a sizable portion of the ammo market here in the U.S. One has to wonder, given this administration’s animosity toward gun owners, that they are using this dustup as an excuse to deal a blow to American gun owners who are already suffering from ammo shortages,” the group said.

And while some have said that Russian-made ammunition is considered cheap and low-quality, that doesn’t mean it won’t have an effect.

Guns expert Greg Ellifritz addressed this on his blog.

“While not many shooters like shooting steel-cased Russian ammo in their firearms, there is a demand for the cheap stuff.  Industry experts note that somewhere between 20% and 30% of the ammunition sales in the USA involve ammunition imported from Russia,” he wrote, addressing his audience of enthusiasts. “We know YOU don’t shoot Tula ammo in your custom pistols, but the yahoo at the range who doesn’t know any better is doing mag dumps with the stuff.” He went on to predict that once supply runs out of Russian ammo, “Cletus and his buddies” will instead turn to higher-quality ammunition.

Ellifritz made some other predictions about what will follow, including more pricing volatility for the next year, “a flight to 5.56mm from 7.62 x 39mm cartridges,” and “the death of 5.45 x 39mm rifle.” He also predicted “a new gun control strategy.”

“Despite disagreements about the definition of a ‘well regulated militia’ in our Constitution, most of us understand that an outright ban on personal possession of firearms isn’t likely in this country given our Constitutional protections,” he wrote. However, ammo bans are less likely to be struck down.

“Courts have upheld all kinds of ammunition bans.  I foresee future efforts to enact large scale gun control by restricting ammunition rather than the guns themselves.  The politicians in favor of such controls will start making it more and more difficult and costly to buy ammunition.  If you can’t afford bullets to shoot in your rifle, it’s almost the same as you not owning that particular rifle.”

The effect it will have on the ammo shortages, however, remains to be seen.