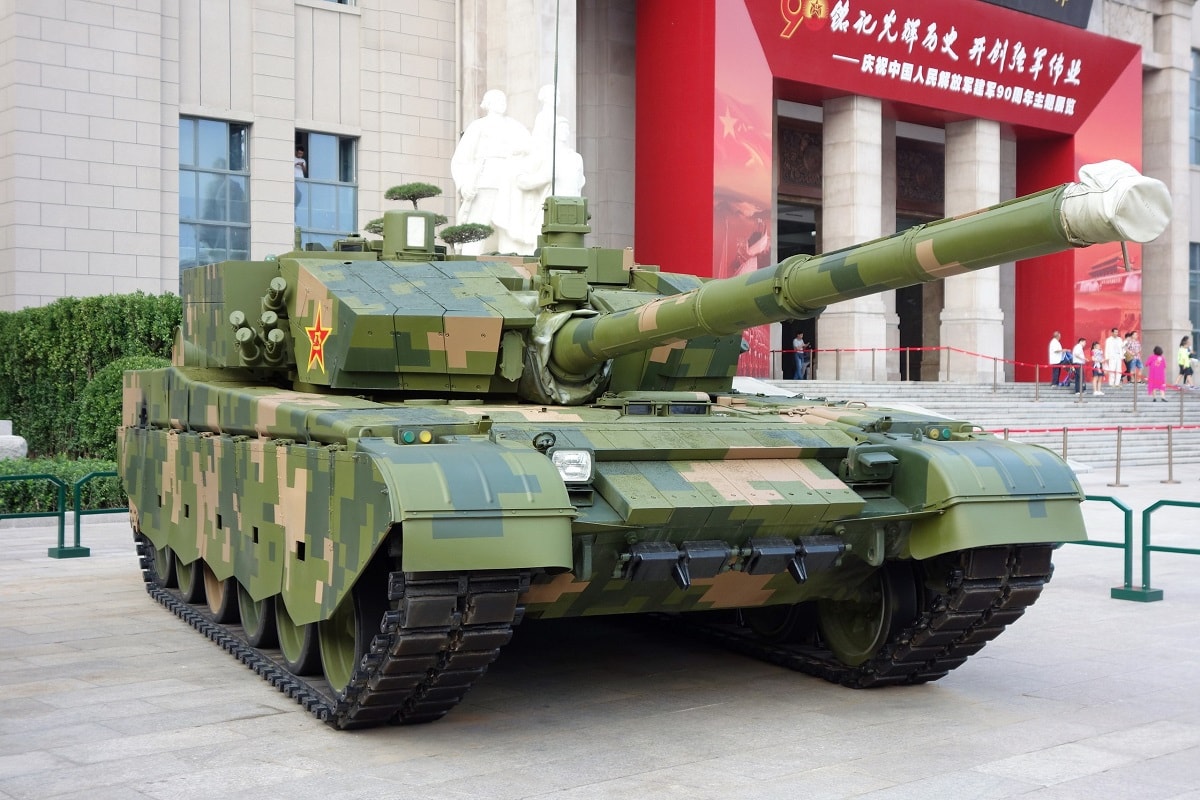 China’s Type 99 MBT is no slouch. It has an effective active-protection system—and a larger gun than the Abrams and most other NATO tanks.

From Good to Great

“The PLA is modernizing its armored units by fielding third-generation tanks with updated armor packages, larger-caliber cannons, improved fire-control systems, and advanced electronics and communications. The most capable of these tanks are the Type 96A and Type 99 main battle tank.”

Chinese weapons technology has in the past drawn heavily from other designs (often those of the Soviet Union), but much of China’s hardware is becoming more fully Chinese-made. This push towards a fully Chinese product has come a long way, although build quality and reliability may still be an issue.

The Office of the Secretary of Defense concurred, saying in 2019 that “China can produce ground weapon systems at or near world-class standards; however, quality deficiencies persist with some exported equipment, which is limiting China’s ability to broadly expand export markets.”

In contrast to earlier Chinese tank designs, the Type 99 is a domestic design. It has several features that could give other tanks a run for their money.

The Type 99 was designed and built by Norinco, a Chinese state-owned defense company. What they’ve been able to do with the Type 99 is impressive.

In contrast to the majority of NATO countries, which typically have 120 millimeter main guns, the Type 99 has a slightly larger 125 millimeter cannon with an autoloader. The autoloader is responsible for reducing the crew to three.

The Type 99 comes equipped with a 1,500 horsepower diesel engine. Because of its relatively low weight (the Type 99 weighs around 55 tons, whereas the heaviest M1 Abrams variant tips the scales at over 70 tons), the Type 99 enjoys good mobility.

Norinco also developed the improved Type 99A variant in the mid-2000s. Although both the 99 and 99A are quite similar, the turret armor was improved and has a distinctive pointed shape.

The Type 99 has composite panel armor as well as appliqué Explosive-Reactive armor (ERA) panels that could probably defeat tandem-charge warheads.

In addition to ERA paneling, the Type 99 has an active protection system, called the GL5 Active Protection System. It can apparently track incoming warheads and anti-tank missiles from 100 meters away and shoots two small interceptors at incoming missiles, which can be seen here.

Most models are equipped with a 12.7 mm heavy machine gun, and a coaxial 7.62 medium machine gun. It would appear that neither machine gun is remotely operated, although this is speculative. 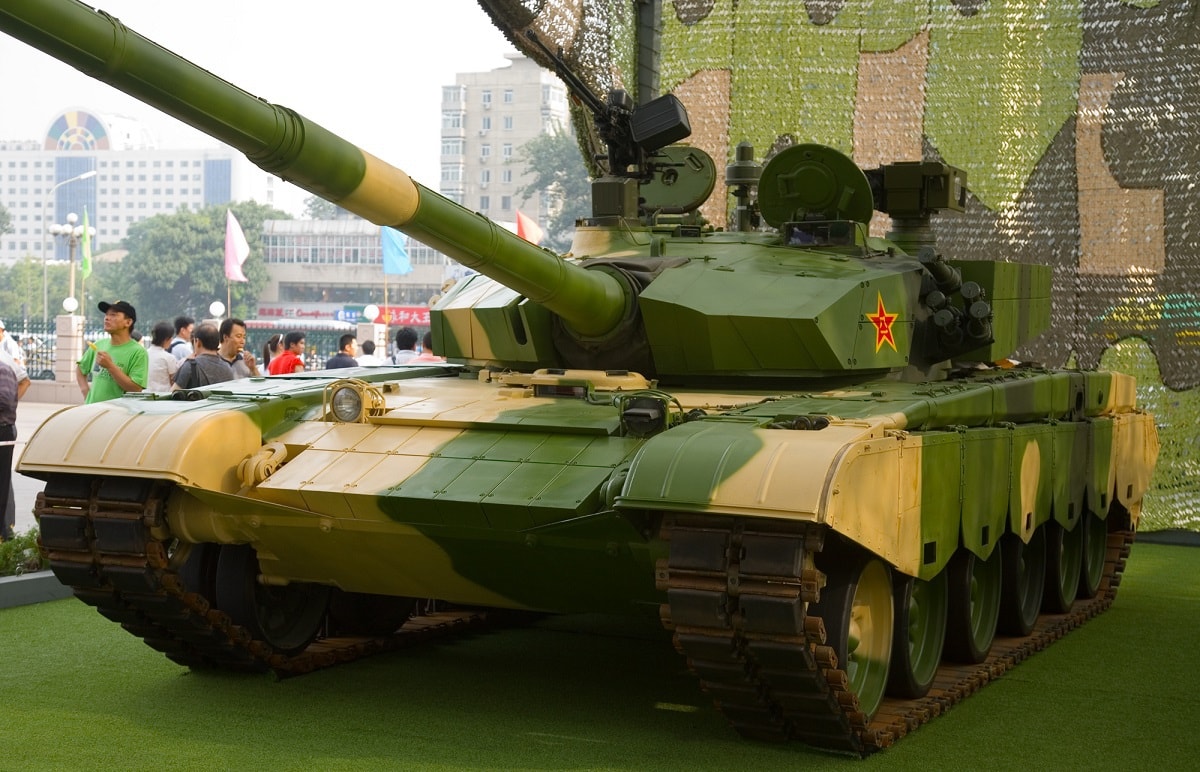 Chinese manufacturing giant Norinco may have gotten the tank formula right with the Type 99 and it’s derivative, the Type 99A. It might even be able to hold its own against an M1 Abrams—but hopefully that never happens.